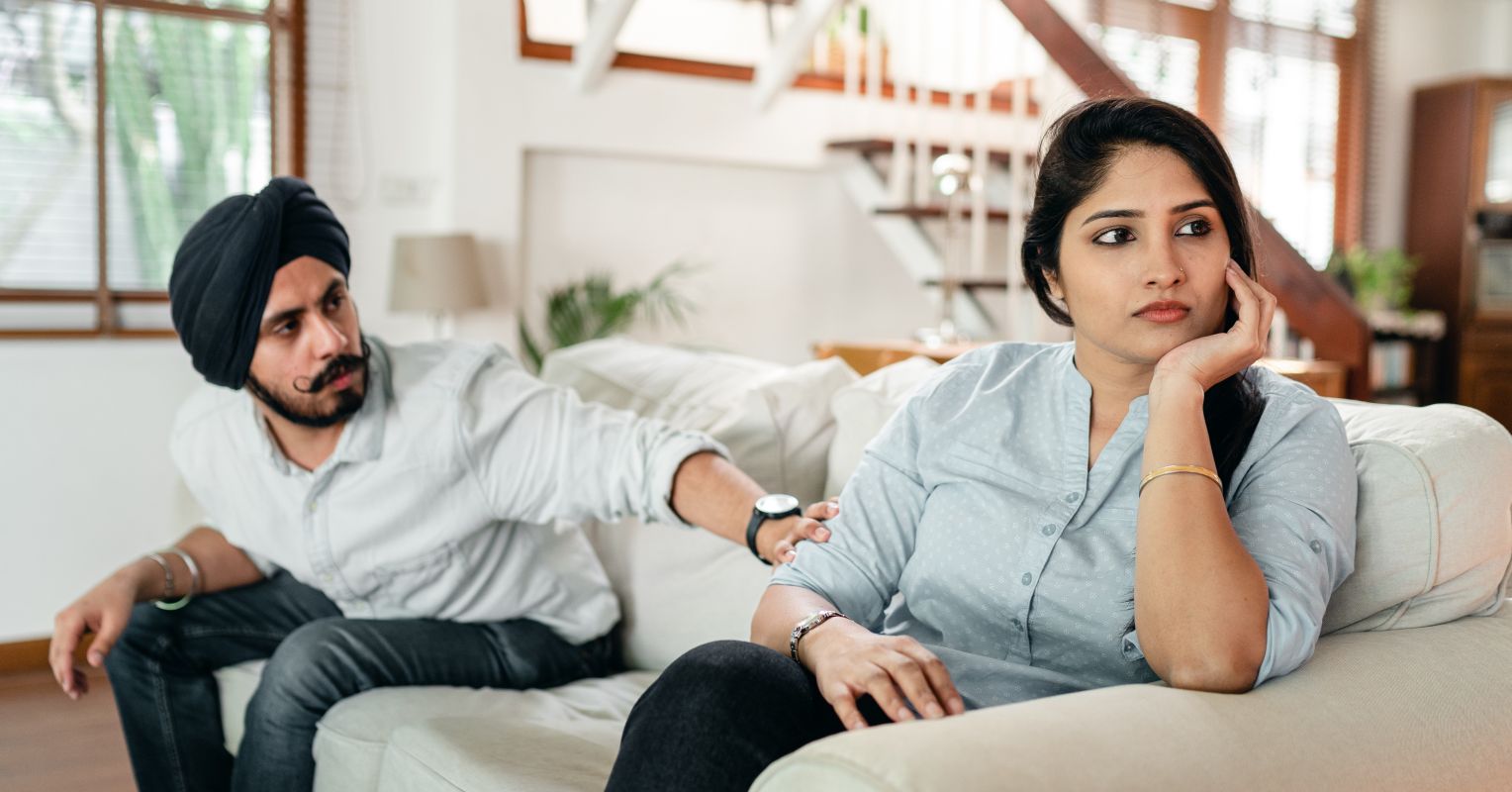 5 personality traits that can mean the death of a relationship

These days, with narcissism in the spotlight, it seems most people’s radar is set to spot pathological self-absorption and control jealousy streaks in their new relationships.

While it is wise to be alert to the signs of such malignant tendencies, I have learned over the years that there are several other personality characteristics to be aware of that can signal the loss of a relationship.

While this is not a harbinger of hopelessness, we must consider that the maladaptive characteristics of personality pathology run deep and are not going to stop just because we tell someone it doesn’t work. for us.

People with personality pathology can indeed change if they are sufficiently motivated to do so (e.g. Yudofsky, 2005; Shannon, 2019). However, even in the hands of very skilled therapists, as detailed by renowned personality disorder psychiatrist Michael Stone (2005), some traits and characteristics are borderline treatable at best (many being in the narcissistic and sociopathic domain). realms) not to mention left to a non-specialist to try to work with.

Below are five, not often enlightened, personality characteristics that some of my patients have struggled with in their relationships with romantic partners, family members, and co-workers. These may not be as immediately obvious as the sharp brutalities of entering a relationship with someone high narcissist or an otherwise sadistic individual. Rather, what follows can be a more insidious course and, as one patient put it, a corrosive experience, with the characteristic reducing their tolerance and gradually wearing them down.

Curable or not, many people with personality pathology do not enter treatment because their defensiveness dictates that they see the problem as everyone’s problem, and partners and family members need to try to manage. Being alert to these dynamics early in relationships could save a lot of frustration down the road. Even mortally flawed individuals can magnetize us, as they often have positive qualities, but is that worth the price of a continually eroding soul?

What may start as an endearing tendency to defer to your wishes usually evolves into an inability to make a decision in the relationship. “I don’t know, what do you want to do/eat/watch/listen to?” is the answer to any question involving a choice. Every decision they have to make should be taken up by you for approval or to verify that they are not making the wrong decision.

People with such dependency in relationships seem to come from families where independent thinking was frowned upon and perhaps even punished. They fear that any decision they make will disappoint you, which could lead to you leaving. Ironically, their actions tend to produce what they fear most, in that most people can’t handle a relationship with an adult they have to guide like a little child, and there is a rift.

Chronically giving in to your decisions and opinions early on can be a harbinger of the need to provide pedantic advice throughout. (Readers may find the article “3 Big Signs of Dependent Personality Disorder” helpful for a more detailed understanding of the condition.)

If you’ve ever given someone the silent treatment or intentionally missed a date because you had a bone to pick and you knew it would go under their skin, you’ve engaged in a passive aggression. We’ve all done it at some point, even if it’s just talking about someone behind their back. This is passive aggression (no hyphen).

However, people with passive-aggressive personalities (note the hyphen) exhibit a wavering pattern of passive aggression (no hyphen) as well as a more assertive “in your face” style. For readers familiar with the TV show “Seinfeld,” the character of George Costanza was a classic illustration of this pattern, and it was clear how it affected his relationships.

These people tend to bring unpredictability to relationships as the people around them don’t know how they will react. Will they be contrite after a disagreement, only to then spread a vicious rumor about you later to “win the argument” in their minds, or will they burst into a wave of anger and can’t let go until what are you submitting to?

(For a more detailed look at this confusing dynamic, visit “Understanding Passive-Aggressive Personality.”)

Perfectionism can be pathological and lead to interpersonal controlling behavior. People who are obsessed with doing things perfectly tend to adhere strictly to rules, details, schedules and routines. Basically, they control their anxiety by controlling their environment, and people tend to get sucked into this vortex.

You probably know someone who can’t take their family on vacation without a minute-by-minute plan of what they’re going to do; it is the sworn enemy of a moment of relaxation. If you try to reason with the person that there’s a lot of time and you don’t have to plan things so carefully, chances are you’ll get a ridiculous, irritable response that you don’t appreciate her trying to make sure vacation time is maximized.

Not only can these people monitor your activities, but also your presence. Perfectionists tend to hold people around them to the same ungodly standards that they hold themselves to, and if you don’t, you can expect to be lazy and not try hard enough. . Indeed, it is the communication that if you want to relate to them, you have to be prepared for their vision: “You are part of my life, you are an extension of me, and you will be just as brilliant.”

(In order not to confuse this condition with Obsessive-Compulsive Disorder (OCD), readers are encouraged to review the article, “OCD or OC Personality?”)

Imagine meeting someone attractive and seemingly with the same sarcastic sense of humor that you have. As you get to know them, the sarcasm isn’t just in their humor; it’s clearly a caustic interactional style, another tool to show their displeasure.

If you gave them a million dollars, the answer would be, “Awesome. One million dollars. Are you trying to kill me? Do you know how much tax I have to pay on this?!”

You will also likely notice that they begin to invalidate your struggles and seem to enjoy increasing your difficulties.

“You have was sick ? I had food poisoning at my favorite restaurant the other day. I can’t even go out to eat anymore. I didn’t sleep for 24 hours and was dehydrated, but I was so delirious I couldn’t drive, so I had to ask my mom to take me to the doctor. Great ride it was. The woman hits every bump in the road.”

Everything happens as if, as Millon (2011) notes, “suffering is experienced as something noble, allowing one to feel special, even elitist”. These depressed personalities best see the world through a gray lens and, being the ultimate example of misery loves company, will do their best to slip those glasses over your eyes and drag you along with them as your commiserating partner.

5. Push-pull dynamics and play the victim

This is a characteristic movement of people with borderline personality disorder (BPD). Being hypersensitive to rejection and abandonment, the person with borderline personality disorder may perceive, for example, your need to reschedule a romantic date as a sign that you are not interested and that you will soon let them down. Enraged that you would do this to him, they go wild, before they even know the facts, and make it look like they don’t want anything to do with you right now.

Why someone whose greatest fear is abandonment would act so aggressively, thereby risking abandonment, may seem vexing, but it’s not a mistake. It’s a pre-emptive strike and a way to save face in their minds; “You didn’t push me away. I got rid of you!”

More often than not, after realizing their overreaction, they try to re-engage you; “I really like you, I can’t believe you did this to me.” I’d like to try again, but you have to understand that I don’t like to play games…” lighting you up with the victim card as if to see if you’ll run to save them and tell them it’s not theirs mistake.

Disclaimer: The content provided in this article is provided for informational purposes only and is not intended to diagnose, treat, or prevent any disease in readers or people they know. The information should not replace personalized care from a provider or formal supervision if you are a practitioner or student.

Review of We’re All Going to the World’s Fair