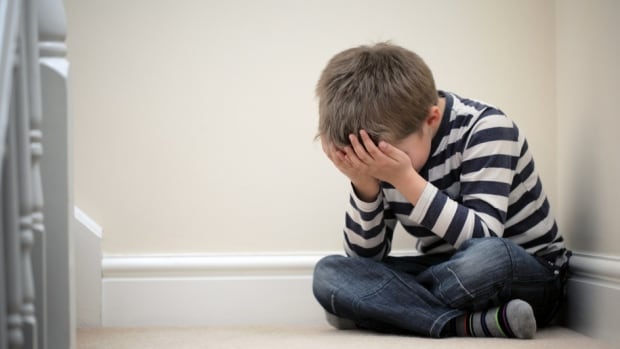 As they deal with stresses ranging from the ongoing COVID-19 pandemic to the war in Ukraine, many children may struggle with negative thoughts and emotions.

A UNICEF report released earlier this year found that negative coping strategies in children are on the rise, with implications for parents and families.

A Winnipeg clinical psychologist says cognitive behavioral therapy could be a way to help children cope.

Here is part of their conversation, which has been edited for length and clarity.

Tell me the signs that a child or adolescent is struggling with negativity.

Maybe more frequent meltdowns, resistance or oppositional behavior, and just the feeling that nothing is as good as it used to be.

How can being negative affect a young person’s life and development?

There’s a saying that your family is only as happy as the least unhappy person. So it doesn’t just affect the child, it affects the whole family dynamic. And then the child also receives negative comments and this is the problem in the family.

Children start getting negative comments from others, then the more negative they are, they start to see it as their own problem and feel depressed. And it’s like a depression that only gets worse.

News Radio – MB6:50What do you do if your child is struggling with negativity?

Dr. Cathy Moser of the Mind Matters Clinic in Winnipeg joined Marcy Markusa to offer advice for parents whose children struggle with negative thoughts and emotions, and to discuss whether this challenge has become more prevalent since the start of the pandemic. 6:50

What age groups will your workshop cater or offer at this time?

Well, we start at seven, and we actually have mindfulness groups for teenagers, so we go all the way up to 18.

What kind of tools do you use in your workshop to help children with negative emotions?

The best — and I’ve been using it in groups since 2005, long before “meditation” became a buzzword — I used to give the kids a little stopwatch and a votive candle, and just say… “Before at school, after you get home from school, go to a quiet place and breathe for five minutes and think only of your breathing.”

And that in itself is an amazing tool. Parents, years later, report that their child is still meditating and it has done wonders for them.

We also teach them to bring their mind back to this present moment and not worry about what will happen in the future, because we don’t even know if it will happen. It’s like interest on a mortgage you didn’t take out.

For example, in the first group session, we say, “How many of you cried and yelled at your parents coming here and said this is the worst group ever and you don’t know anyone and it’s going to be terrible?” They all raise their hands.

At the end of the group, I say, “How many of you here had fun? And they all do.

I tell them, “You see all the fuss you’ve caused, and maybe you got punished or whatever for coming here? It’s all ruined because of all that negative emotion you’ve been feeling. thinking about the future and thinking you knew what was in the future.”

I think they reinforce each other more than anything.

But I think maybe family negativity affects kids if they listen to the news all day, listen to the weather forecast, and catastrophize what’s happening and what’s going to happen.

I mean, even if they don’t watch the news or listen to their parents, they’re smart.

It’s really important to be careful what you say to your kids because they don’t have the emotional maturity to process this information. They like to have fun, they like lightness and they need it in their home.

Where do stereotypes about anorexia come from?