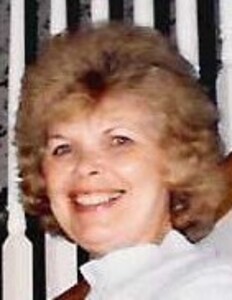 86, Richland Township, passed away on September 16, 2021 at Arbutus Park Manor with her loving husband and sons by her side. She previously resided in the Borough of Southmont. Born October 2, 1934 in Altoona, daughter of William C. and Susan P. (Walter) Murphy. Preceded in death by parents, twin brothers, Bryan W. and Bryon P. Murphy; young brother, James Earl; daughter-in-law, Leanne (Eplett) Papinchak; step-great-granddaughter, Laurel Thomas and father and step-mother, Andrew and Elizabeth (Rovnak) Papinchak. Mourns her 64 year old husband, Dr. A. Ernest Papinchak; children, Ernest A., Johnstown; Daniel M. married to Elaine (Leventry) and Timothy J. married to Adina (Maxwell), both of Harrisburg; five grandchildren, Matthew, Courtney, Kelsey, Amy and Alison; step-grandchildren, Kortney (Thomas) wife of Jason Richter and Corey Thomas and fiancee Cathrin Cuthbert; step-great-grandchildren, Cayden, Ellie and Saphira also, step-parents, Deacon Thomas M. Papinchak and wife Carol, Windber and Eleanor A. wife of the late C. Dean Wingard, Richland. Graduated in 1952 from Altoona High School where she was a majorette with the marching band, played the violin in the school orchestra and sang in the school choir. She also played the piano for Sunday church services. She has always been very proud to have been a violinist member of the Altoona Symphony Orchestra during her high school years. After high school, she began her college education at Indiana State Teachers College (now IUP) in the elementary education department. In her second year, she left school to care for her mother who was diagnosed with cancer. She was able to return to ISTC in 1955 where she met her future husband. However, she felt the need to take time off again later in the year to take care of her mother’s failing health. She married her husband on August 3, 1957 at the Saint-Thérèse Roman Catholic Church in Altoona. Monsignor Thomas Kelly was the celebrant. After raising her family of three sons while working full time, she decided to finish her education and graduated Cum Laude in June 1988 from the University of Pittsburgh at Johnstown with a Bachelor of Science in Psychology. She worked for 26 years in the field of mental health social services and retired in 1999 as the administrator of the Westmont Family Counseling Ministries. Barbara played violin in the Johnstown Symphony Orchestra and was a member of the Johnstown Symphony Auxiliary. She served as a “rocker” for the Neonatal Unit at Conemaugh Hospital, worked in the Hospitality Store at Windber Hospital, and was a member of the Windber Hospital Auxiliary. She was a member of the American Association of University Women (AAUW) and Psi Chi, the National Honor Society in Psychology. Former member of Our Mother of Sorrows Roman Catholic Church, Westmont, where she was a member of the choir and served on the flower committee. She also taught the violin in Johnstown elementary schools for several years and enjoyed reading stories to elementary school children. Barbara was an avid reader, loved classical music, flower gardening, and growing houseplants. She enjoyed attending concerts and plays, hunting, bird watching and traveling. She and her husband were grateful that they had the opportunity to travel extensively throughout the United States. They traveled to several foreign countries, including Rome, Slovakia, the Holy Land and Ireland. She was an excellent cook and housewife. Holidays have always been special and family life has always been her top priority. She enjoyed following the Pittsburgh Pirates, Steelers and Penguins in their respective seasons. Friends received from 2 p.m. to 4 p.m. and from 6 p.m. to 8 p.m. on Tuesday, September 21, 2021 at William Kisiel Funeral Home, Windber where the vigil for the deceased will be held. Member of the SS. Cyril and Methodius Catholic Church, Windber where funeral mass will be celebrated at 11 am on Wednesday, September 22, 2021. Reverend George M. Gulash, officiating with Deacon Thomas M. Papinchak, brother-in-law of the deceased. Church cemetery of engagement, 4th. Street, Windber. The family would like to thank Arbutus Park Manor, Cross Roads and Doerr Wings for their years of constant care of Barbara and their exceptional dedication to the elderly. Donations can be made to the Johnstown Symphony Orchestra or Arbutus Park Manor in memory of Barbara. Online condolences can be offered at (Kisielfh.com).

Food shortages: is the national psyche dealing with the lack of tea?