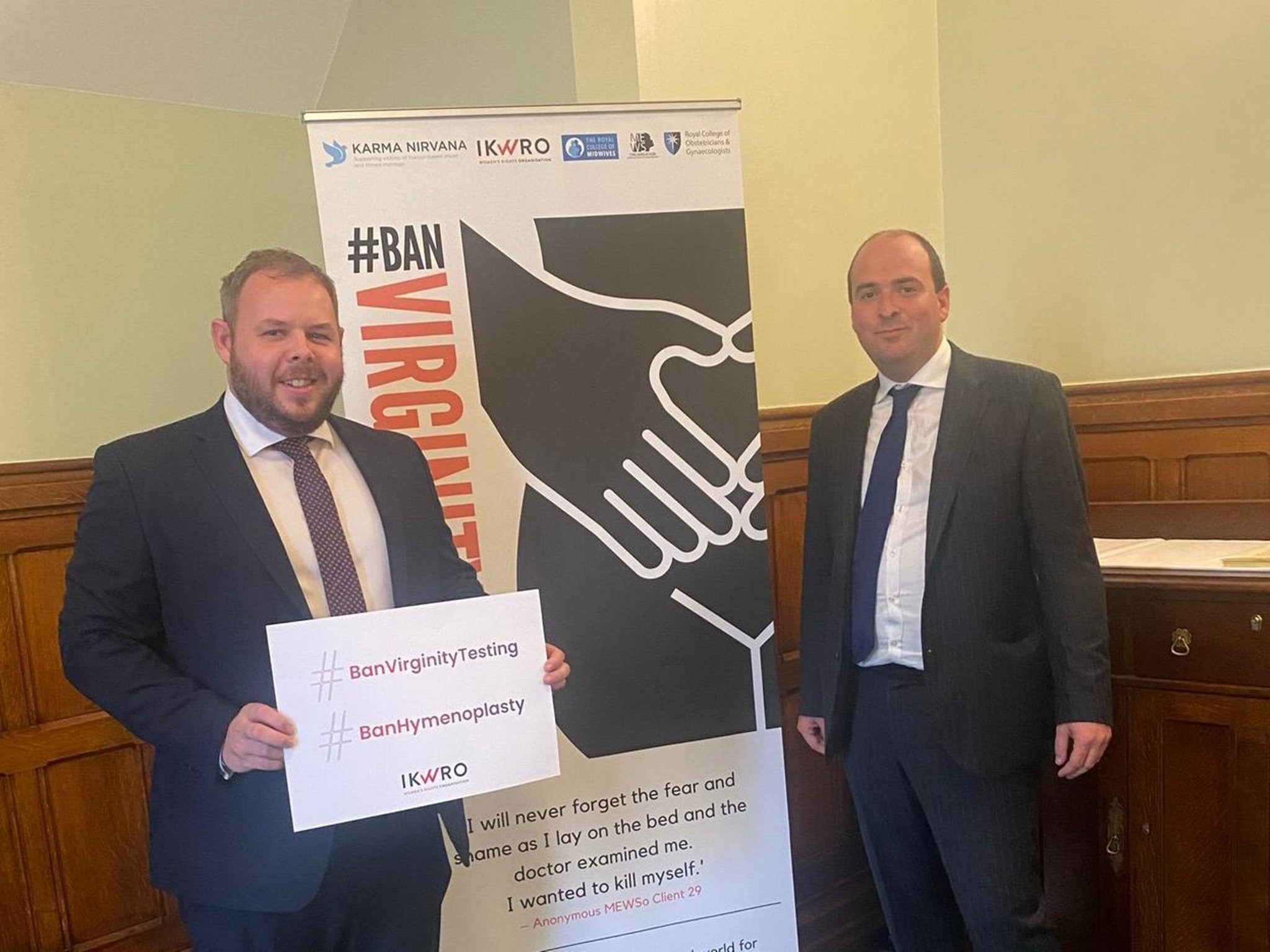 The so-called “virginity tests” and the practice of “repair” hymen surgery are both currently legal and are performed by doctors in the UK to “verify” or “restore” the virginity of the woman. a woman, often before an arranged marriage.

The World Health Organization (WHO) states that what is called the “virginity test” is:

â€œA violation of the human rights of the victims and is associated with both immediate and long-term consequences that are detrimental to their physical, psychological and social well-being. “

The Royal College of Obstetricians and Gynecologists (RCOG) and the Royal College of Midwives (RCM) strongly oppose the practice of virginity testing and hymenoplasty on the grounds that neither is medically required under any circumstances and support the two new clauses.

Burnley MP Antony Higginbotham said: â€œWomen and girls deserve to grow up without notions of ‘breaking their femininity’ so that they ‘bleed on their wedding night.â€ These traumatic practices have no basis in medical science, harms women and girls and perpetuates dangerous myths of “purity”.

â€œWe need to act now to stop both ‘virginity testing’ and hymen ‘repair’ surgery. This is why I support the new clauses 1 and 2 of the health and care bill as I call on the government to end this violence against women and girls for good. “

The government has pledged to “work to criminalize virginity testing” as part of its recently released strategy to tackle violence against women and girls, but women’s rights organizations Karma Nirvana , IKWRO, MEWSo, Royal College of Obstetricians and Gynecologists and Royal College of Midwives are calling because virginity testing and hymenoplasty are prohibited by law at the same time.

â€œRCOG and RCM want virginity testing and hymenoplasty to be banned in the UK. This will send a clear message that there is no place in the medical world for these procedures and that women deserve the right to take ownership of their own sexual and reproductive health.

Halaleh Taheri, Founder and Executive Director of MEWSo, said: â€œAfter a two-year campaign, we welcome these new clauses to ban virginity testing and hymenoplasty. These abusive practices should have been stopped long ago. Now, it is the responsibility of community leaders and government to reshape erroneous attitudes regarding female virginity and sexual control. “

Suicides down in central Florida, but psychologists worried about teenage rates – WFTV