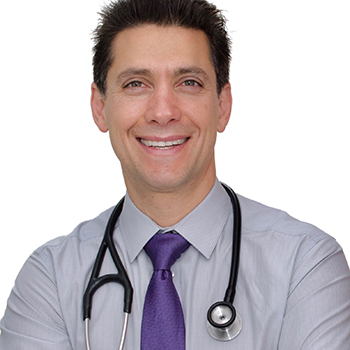 Business Development: A Life with a Purpose, Dr Tom Rifai

Fora rare, the path to a life of passion and purpose is clear from an early age. More likely, however, life experiences and exposure shape us over time, until something comes along that really makes us wake up each morning with a sense of direction and intention. .

For Dr Tom Rifai, his goal found him when he suffered a series of life-changing events, including a near-death experience with binge eating disorder. Now he enthusiastically shares his call to help others live long and healthy lives by following his Five Keys to Optimal Wellbeing, officially known as Flex5 Lifestyle.

Rifai’s parents immigrated to the United States from Damascus, Syria, as young doctors in 1966. Two years later, Rifai was born at Beaumont Hospital. While becoming a doctor may have been an obvious path, his father’s encouragement to embrace America and become a professional baseball player, and his mother’s whispered warnings: “All doctors are crazy; don’t be a doctor, ”Rifai left without the slightest desire to become a doctor.

But a sports career was not meant to be. Rifai became adrift during a series of life challenges, including several stepfathers and divorces, drug addiction, and the loss of his younger brother to the same binge eating disorder he struggled with. Then the advice of the man he calls his “savior” put him on the path to his goal.

Rifai’s therapist Steve Frank, then practicing with Sonya Friedman, a clinical psychologist in Birmingham, pulled him out of the abyss of drug addiction and inspired him to become a psychologist. While Rifai attended Michigan State University majoring in psychology, he felt uncomfortable and even experienced panic attacks at the thought of getting a doctorate in psychology. He tried out both nutrition and exercise science as MSU majors, in an effort to explore other interests. He liked them both, but, like psychology, they felt “necessary, but not sufficient.”

It was while working with human muscles and bones in the cadaver lab as an exercise science major at MSU that Rifai had a real eye-opener as to what his life’s work should be like. While at the university, a professor showed the class a heart with arteries ravaged by cholesterol. The professor explained that atherosclerosis, the world’s biggest killer, is fueled by poor eating habits, lack of activity and stress.

By this time, it became clear to Rifai that pursuing a career as a doctor brought together all of his human health interests: psychology, activity, and nutrition. While attending medical school, but before graduating, he became chair of the student health promotion program at MSU Olin Health Center, which won the award for “Best Program for Good.” to be students ”for the first time in its history under his leadership.

Rifai took two years to become an endocrinology clinic assistant, helping patients with diabetes and metabolic health issues, and learning drug management, but with a strong emphasis on lifestyle as medicine. . As a physician – he graduated from Wayne State University Medical School – Rifai went on to become a three-level diplomat in nutrition, internal medicine, and lifestyle medicine.

From there, her mission became to find “a method and a system that works in the real world” to prevent ill health and premature death. This system he developed, Flex5, includes essential knowledge and skills in psychology, nutrition, activity, environments and responsibility that all successful long-term lifestyle change cases tend to have.

Even though it was his passion, it was no small feat. Rifai developed the Flex5 behavior change system with over 12,000 hours of clinical experience and coaching in transformational lifestyle changes, and he has continued to improve it after reaching over 20,000 hours. The second version (V2) of the system was licensed and successfully used by Henry Ford Health System, as well as through an online professional training course in Lifestyle Medicine through Harvard University and in as an online course for the public called The Diabetes Prevention. Masterclass. The system’s innovative approach to lifestyle changes led Rifai to speak to the National Institutes of Health and Harvard’s Institute of Lifestyle Medicine.

Today, Rifai is healthy, fit, and fulfilling a mission he embraces with intense passion and focus. This mission is to help people enjoy longer and better lives by optimizing their metabolic health through Flex5. Going further, next year he hopes his vision for a FlexMD 2022 app, which will add training on critical medical issues for metabolic health and measure the impact of lifestyle changes, to improve performance. FlexMD customers’ relationship with their physicians and the world.

With her determined life, Rifai’s goal is to help people get the most out of their health so that they can open the doors to all their dreams.

Jeff Sloan is Founder and CEO of StartupNation and Aria Ventures, both in Birmingham.

Karnataka COVID-19 Clusters: Random Tests to Be Performed in Schools and Colleges