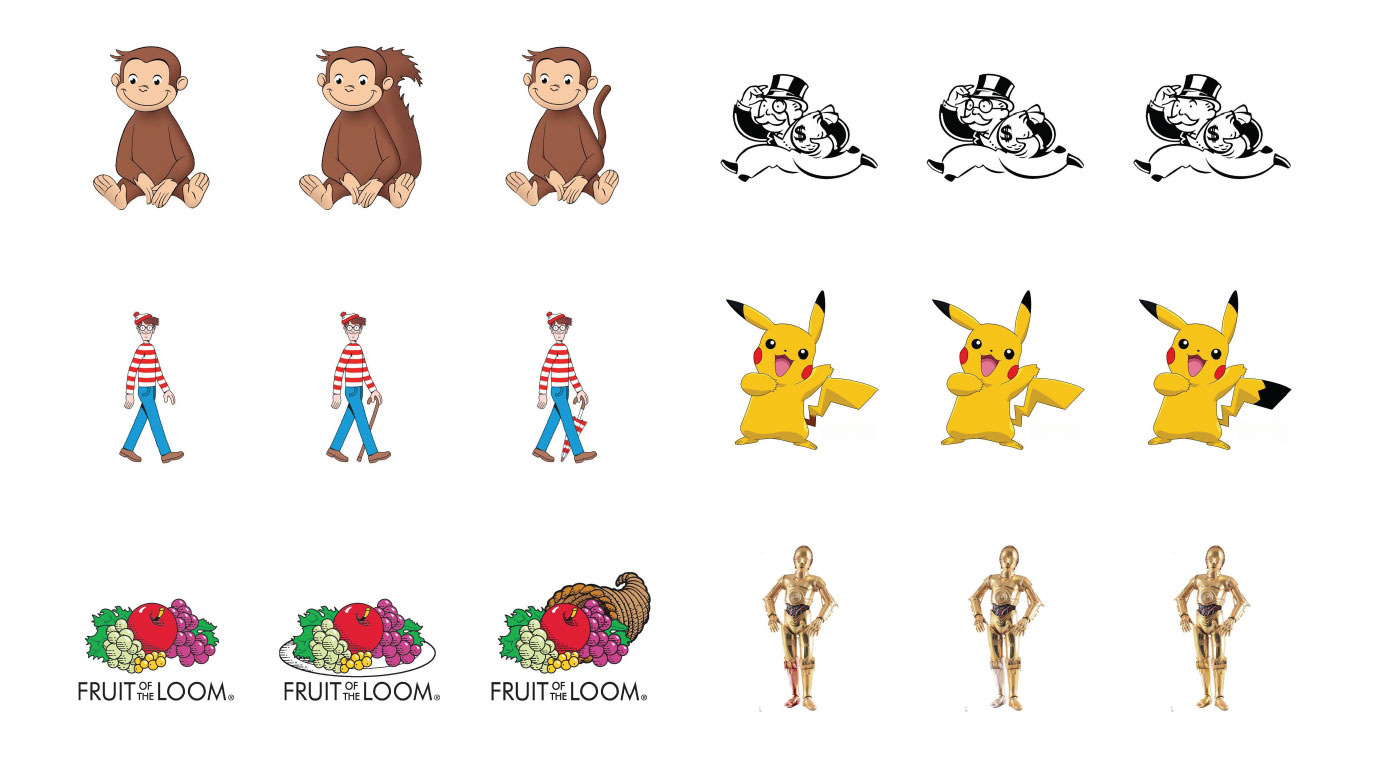 Can you choose the right version of these famous pop culture icons?

If you had to describe Rich Uncle Pennybags, Monopoly’s mascot, would you mention his top hat? His mustache? And his monocle?

The muse of the famous board game has, in fact, never worn a monocle. Yet many people confidently enumerate the accessory when remembering its features – an example of a false visual memory phenomenon.

“This effect is really fascinating because it reveals that there are these consistencies between people in the false memories they have for images they’ve never seen,” Asst said. Teacher. Wilma Bainbridge, neuroscientist and senior researcher at the Brain Bridge Lab in the UChicago Department of Psychology.

Motivated by reports of misremembered images online, Bainbridge and Deepasri Prasad – a lab director and research assistant at Brain Bridge Lab – compiled images and their falsely remembered counterparts – mostly from the culture popular – from online discussions. To this mix of images that would be poorly remembered were other pop culture icons and characters to whom the researchers made small changes that would further test their theory.

The team set out to test four ideas. The first and main objective was to determine the extent and consistency of the Mandela visual effect among individuals for the 40 different icons they assembled. They also wanted to see where people were still making these mistakes, despite being very familiar and confident with their answers and with the characters.

Second, they wanted to know the underlying causes: are people just not looking at where this error is in the image? In the third experiment, they sought to quantify the frequency of these false memory images around the world by looking at Google Images. In the fourth experiment, they studied whether people spontaneously produced these errors: if asked to draw a picture from memory, they often made the same errors.

“We found that there’s a really strong effect when people report a false memory for an image they’ve never seen, because you’ve never seen Pikachu with a black tip on its tail,” said Bainbridge, referencing a common image. false memory of the Pokémon character. “Also, people tend to be very confident when choosing this bad image. And they also report that they’re pretty familiar with characters like Pikachu, but they still make those mistakes.

The researchers haven’t yet been able to pinpoint a single reason why this happens, but they’ve ruled out a few possibilities. The visual differences are not striking between the different versions, so people do not look at the images differently. So even if people are looking at the correct version of that part of the image (eg, Pikachu’s tail), they’re still making that mistake.

They also ruled out schema theory as a universal explanation. Schema theory suggests that we fill in missing information based on our associations. This would explain why so many people mistakenly remember Rich Uncle Pennybags (also known as Mr. Monopoly) as having a monocle, because we associate the accessory with wealth. But researchers have found examples where this doesn’t match. For example, people often mistakenly remember that the Fruit of the Loom logo has a large cornucopia behind it, even though cornucopias are not very common in everyday life.

One of the big questions in the Brain Bridge Lab is why people remember certain things more than others. So far, researchers have found that people tend to remember and forget the same things.

“You would think that because we all have our own individual experiences throughout our lives, we would all have these idiosyncratic differences in our memories,” Bainbridge said. “But surprisingly, we find that we tend to remember the same faces and images as each other. This consistency in our memories is really powerful, because it means I can know how memorable certain images are, I could quantify it. I could even manipulate memorizing an image.

By discovering that certain images have an intrinsic ability to create false memories, research suggests we may also be able to determine what creates false memories.

“It also has interesting implications in terms of logo design or selecting photographs for educational materials and advertising, because you want people to have specific memories,” Bainbridge said. “You don’t want them to misremember information. And it actually touches on a lot of other important topics right now, including the images being used in the media.

—This story was first published by the Social Sciences Division.

How animals perceive the world differently than us