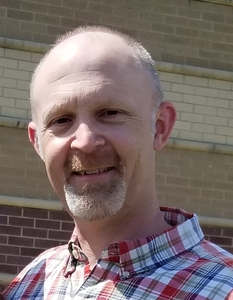 Christopher Michael Collins, 52, died suddenly on April 21, 2022.
Chris was a beloved father, husband, son, brother, teacher and coach and will be remembered for the dedication, support and inspiration he provided to so many of his family. , students and players.
Chris was born on January 16, 1970 in Ann Arbor to Dr. Michael Collins and Carolyn DeVore Collins, both of whom survived.
He was the brother of Kathleen Collins (Jonathan Fields), Richard Collins, Deborah Engerson (Frank Snyder), Andrew Collins and Tamara Collins. Chris spent most of his younger years in Traverse City. Very early on, he discovered a passion for sport and participated at various times in his school career in soccer, athletics and basketball. He was also a member of the Traverse City band program and was an accomplished trumpeter, recognized for his musical talent throughout high school. Chris’ first love has always been basketball. He was a college player at Traverse City High School and played a year at Hope College in Holland. He also ran track for a year at Hope.
It was at Hope College that he met his wife, Nancy Conn Collins, when she was a statistician for Hope College’s basketball program. Their love of sports in general and basketball in particular bonded them from the start. Chris graduated from Hope with a degree in Physical Education and Social Sciences. He and Nancy were married on July 11, 1992.
Chris’ passion for teaching and coaching basketball led the newly married couple to the small town of White Pine in the Upper Peninsula. There he taught physical education and social studies to all students in the district and coached varsity basketball. Their son, Carter, was born in Ironwood in 1994.
Chris and Nancy made the decision to be closer to their family, and he accepted a job coaching physical education and college basketball at Benzie Central High School in 1995. He taught and coached Benzie for four years and had much success, including a trip to the state basketball semifinal game in 1997. He received Regional Coach of the Year honors as well as other awards during his warrant to Benzie. Their second son, Connor, was born in Traverse City in 1996.
In 1999, Chris and Nancy moved for the last time to Fowlerville where he was hired as a social studies teacher and varsity basketball coach. Their son, Caden, was born shortly after they moved to Fowlerville in July 1999. It was a challenge to transition from teaching physical education to social studies, but Chris found the hard work so rewarding and he was able to inspire countless students to pursue career paths or pursue studies in psychology and sociology. He started teaching AP psychology seven years ago and his classes have consistently scored incredibly high on the national AP exam. He was very proud of it and was so proud of all his students. Chris coached varsity basketball for three years in Fowlerville and had great success with the program. He eventually decided to step back and coach his sons’ teams as they began to play competitively. He coached his sons for many years as they progressed through the different levels of basketball. He loved nothing more than watching their hard work and success on the pitch.
Chris’ three sons then played a year of college basketball at Hope College. Carter and Connor went on to coach at the college and high school level, respectively. Chris enjoyed watching them practice every game he could and was grateful to be able to watch many games online.
Chris loved to exercise and took great pride in his fitness. He loved watching NBA and University of Michigan basketball games. He loved his cats and spent a lot of time caring for them and playing with them. He loved Fowlerville and felt it was his home.
Chris is survived by his wife, Nancy; sons, Carter (27), Connor (25) and Caden (22); his parents, Michael and Carolyn, of Traverse City; his siblings, Kathleen Collins (Jonathan Fields), Richard Collins, Deborah Engerson (Frank Snyder), Andrew Collins and Tamara Collins; his brothers-in-law, Jonathan Fields, Brian Conn and Mark Conn; nephews, Daniel Fields, Matthew Fields and Noah Conn; nieces, Maya Fields and Lily Dailey; and many aunts; uncles; and cousins.
He was predeceased by his father and stepmother, Michael and Judith Conn; sister-in-law, Christi Diaz; nephew, Josh Diaz; and niece, Mackenzie Conn.