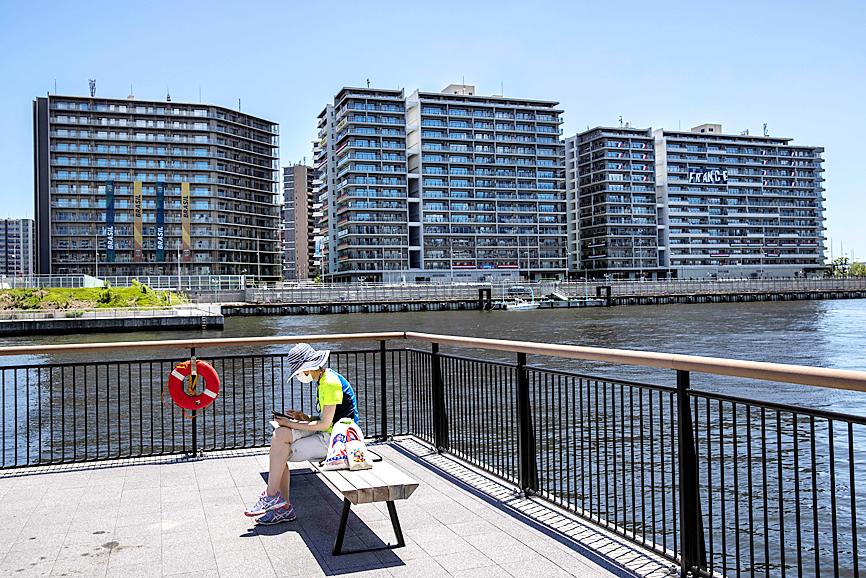 Two athletes tested positive for COVID-19 in the Athletes’ Village after a colleague on the team was also infected, officials said yesterday, raising fears of a cluster just days before the Olympics opened.

The first cases involving athletes in the Village came a day after a member of their entourage returned the first positive test to the complex, which is to house thousands of athletes.

The three infections were revealed as competitors arrive from around the world for the Olympics delayed by the COVID-19 pandemic, which face significant opposition in Japan due to their COVID-19 risks.

They are “isolated in their rooms and Tokyo 2020 their meal book,” he said, adding that the rest of the team had also been tested.

The team has not been identified.

The Athletes Village, an apartment and dining complex in Tokyo, is set to house 6,700 athletes and officials at its peak when the delayed 2020 Games finally begin.

The Tokyo Games, which must be played largely behind closed doors to prevent infections, are unpopular in Japan, where opinion polls have consistently shown a lack of support.

Olympic officials have worked to minimize the health risks of the Games, which take place under strict anti-coronavirus conditions with athletes being tested daily.

â€œMixing and crossing of populations is very limited. We are keeping the risk at an absolute minimum level, â€Olympic Games Executive Director Christophe Dubi said yesterday. â€œWe can make sure that transmission between different groups is almost impossible. “

However, residents of Tokyo seemed unsettled by the cases in the village.

â€œI thought the Olympic Village would be safer, so I’m amazed the virus even entered there. I think it’s dangerous, â€Riyoka Kasahara, 23, a cosmetics company employee, told reporters.

“I wonder why we are holding the Games now even though we have waited a year, especially when we see more contagious variants,” said security guard Shotaro Watanabe, 22.

Fifty-five cases related to the Games, which are due to open on Friday, were discovered this month, including four sportsmen.

Ryu Seung-min, a member of the South Korean International Olympic Committee (IOC), tested positive on arrival in Japan and has been placed in isolation, a spokesperson for the Olympic body said.

On Saturday, IOC President Thomas Bach called on Japanese fans to show their support, saying he was “very well aware of the skepticism” surrounding the Games.

Athletes arrive to find a restrictive environment, with daily testing, social distancing and no movement outside the Olympic “bubble”. They were ordered to leave Japan 48 hours after their event.

Another example of the difficulties, the entire Australian athletic team was quarantined before the start after a member of his entourage returned an inconclusive test. The manager was then tested negative.

“We expect there will be cases associated with these Games and what really matters is how we respond to them and ensure that there is no complacency,” said David Hughes. , medical director of the Australian Olympic team.

Australia has 194 athletes in the Athletes Village who are supported by support staff including psychologists to help them cope with the ‘extra strain’ of anti-COVID-19 measures.

Comments will be moderated. Keep comments relevant to the article. Comments containing abusive and obscene language, personal attacks of any kind or promotion will be removed and the user banned. The final decision will be at the discretion of the Taipei Times.

Addicted to inconvenience | The smart set