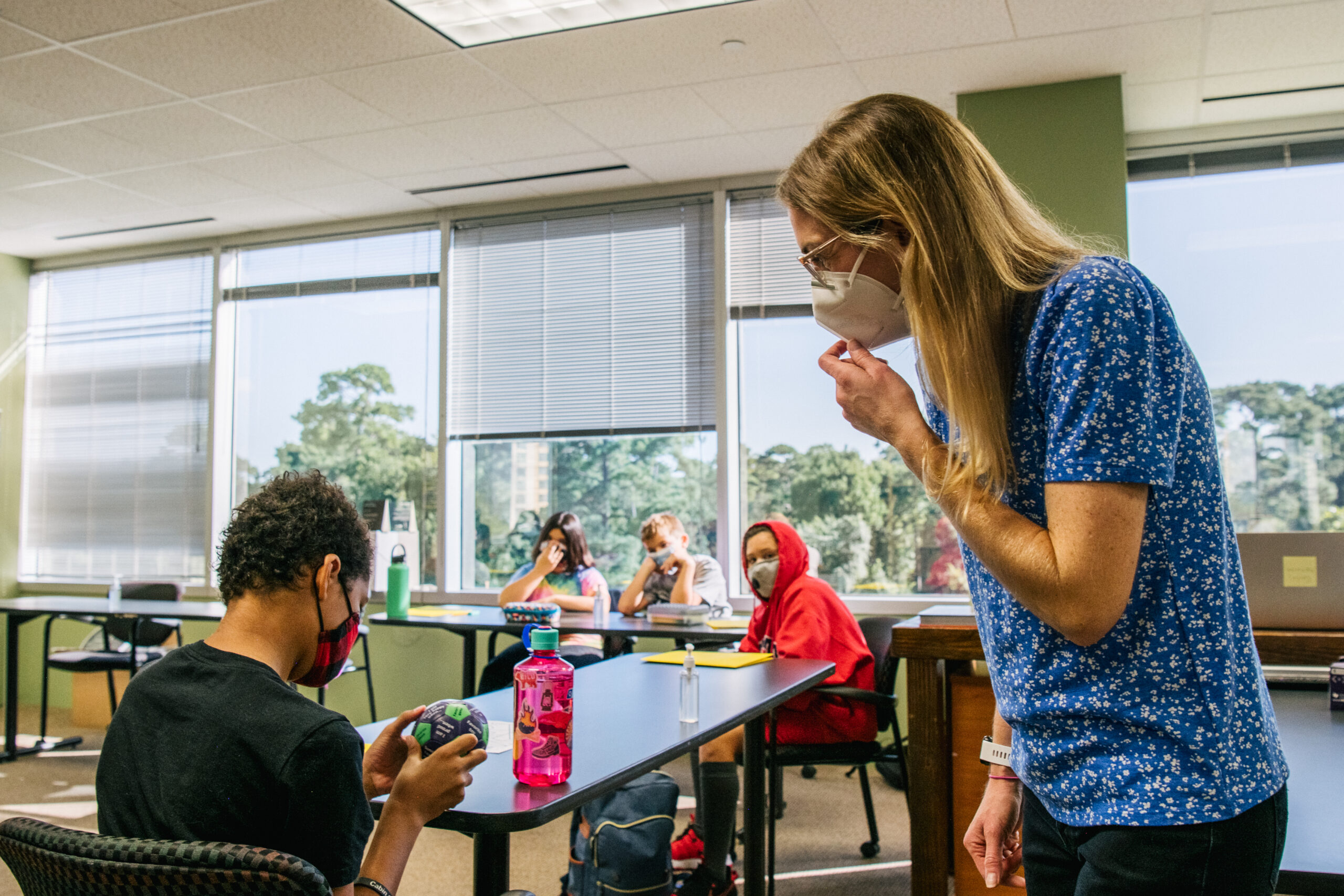 This story originally appeared in Stateline, an initiative of The Pew Charitable Trusts

After more than 18 months of school closures and social isolation, the more than 50 million children in public schools across the country are mostly back in their desks. But two months into the fall semester, teachers and students are already saying they need a break.

The grief, anxiety and depression that children experienced during the pandemic are spreading through classrooms and hallways, leading to crying and disruptive behaviors in many young children and an increase in violence and bullying among them. teens. For many other children, who keep their sadness and fear inside, the pressures of school have grown too strong.

Almost all the children in the country are suffering to some extent from the psychological effects of the pandemic.

According to the Federal Centers for Disease Control and Prevention, emergency room visits for suspected adolescent suicide attempts jumped 31% in 2020, compared to 2019. In February and March of this year, emergency room visits for suspected suicide attempts were 51% higher among adolescents. girls aged 12 to 17 as during the same period in 2019.

In addition to social isolation and family instability, medical groups have said that “more than 140,000 children in the United States have lost a primary and / or secondary caregiver, with young people of color disproportionately affected.” .

“Almost all children in the country are suffering to some extent the psychological effects of the pandemic,” said Sharon Hoover, co-director of the National Center for School Mental Health, based at the University of Maryland. “Suddenly everyone is talking about mental health. Parents, teachers and students discuss it openly.

The pandemic may ease, but its effects on mental health will last much longer, according to Hoover and other experts.

“This is why schools must invest now in the mental health and well-being of our children in a broad and holistic way, not only for children with learning disabilities and diagnosed mental health problems, but for all. students, ”Hoover said.

One good thing about coming out of the pandemic, Hoover added, is that it has reduced the stigma around mental health. “We all feel it, so it’s good to talk about it.”

School administrators and principals know the only way to get students back on track is to reduce mental health-related barriers to learning, Hoover said. “They are as eager to invest in mental health resources as anyone else. It has not always been the case.

The pandemic has also prompted the federal government to provide historic levels of relief funding for education.

The American Rescue Plan Act and the Elementary and Secondary School Emergency Relief Fund, combined with other 2020 pandemic relief funds for schools, represent more than $ 190 billion in grants for the education and health available over the next four years, some of which can be spent on mental health.

Money goes to states based on their school-age population, but local school districts have the decision-making power over the lion’s share.

Ninety percent of state funds are to be reallocated to school districts. Schools have broad discretion over how to spend the money, as long as 20% or more is spent on programs aimed at addressing learning loss, including summer school and after-school academic programs. .

There are no federal grants specifically for mental health, but according to Hoover, almost all states spend some of their share of federal funds to help mental health and encourage school districts to do the same.

Ohio, for example, recommends that school districts invest in partnerships with community mental health providers to provide students with mental and behavioral health services virtually or in school buildings that can be billed to Medicaid or insurers. private.

Georgia calls on schools to use federal dollars to train counselors, social workers and nurses to identify students with addictions and mental health needs when they return to class, then refer them to caregivers community mental health and local addiction.

And Maryland is developing a School Mental Health Response Team to meet the needs of students who have suffered trauma during the pandemic and are stressed beyond their ability to cope. Teams would respond quickly to local schools when needed.

In addition, some school districts have requested time out from teachers and students this fall to help ease some of the pressures of trying to make up for lost time in the first two months of in-person learning.

A “river of references”

In most schools, the school psychologist is responsible for working with counselors, social workers, nurses, teachers and principals to develop a school-wide mental health plan and promote the well-being of all students.

School psychologists are also called upon to provide individual counseling to students with mental or behavioral health needs and to identify students with developmental and learning disabilities who may need a special education plan.

But this fall, long-term planning was largely scrapped as school psychologists react to what has been called “a river of referrals.” In an internal survey conducted by the National Association of School Psychologists in September, a significant number of school psychologists reported a sharp increase in the number of requests they were receiving to provide students with mental and emotional health support.

“All of our schools are struggling to make up for learning losses,” Amador said.

“But the most successful schools are the ones that focus first on re-creating the school community,” she said. “Schools that only focus on studying without helping children feel like things are back to normal are really struggling.”

School psychologists, in short supply nationwide, are also receiving more requests than in previous years to perform a battery of tests required by federal law to determine if a child has a learning disability or health problem. physical or mental requiring a special education plan.

Known as Individual Education Plans or IEPs, approximately 14% of K-12 students in 2019 were found to need special education accommodations funded by the federal government under the law. of 1975 on the education of persons with disabilities. It is not yet clear whether an apparent increase in IEP testing this year will result in more students receiving special education supports.

“School psychologists are inundated with referrals for just about everything,” wrote Katherine Cowan, communications director for the Association of School Psychologists, in an email.

Anecdotal evidence of Stateline interviews and media reports indicate violence and other behavioral issues, including truancy, bullying, anxiety, depression and suicide risks, were on the rise in schools this fall K-12.

National data is not available on mental health-related absences and referrals for mental health services in K-12 schools this year. But the data from children’s mental health specialists on the effects of the pandemic is dramatic, said Dr. Carol Weitzman, director of developmental and behavioral pediatrics at the Yale School of Medicine.

“Then came the pandemic,” Weitzman said in an interview with Stateline. “We don’t know much yet about how this has affected children’s mental health. We are just starting to learn. But we do know that about a quarter of all children have symptoms of depression and a fifth have symptoms of anxiety.

“That’s millions more children than before the pandemic.”