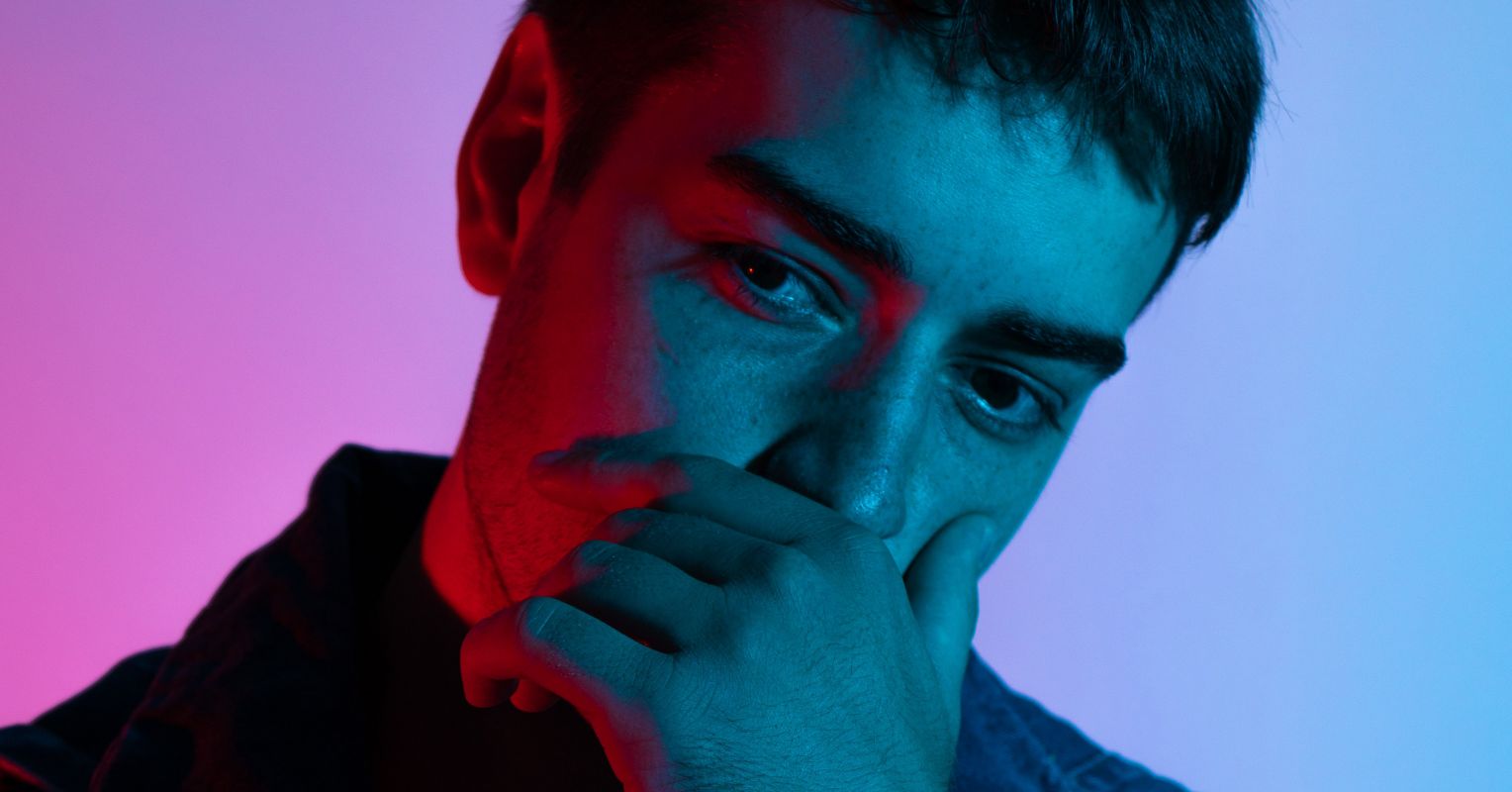 Every day we receive questions from all over the world about non-verbals and invariably about detecting deception through body language. The greatest benefit of hundreds of messages is that despite the undeniable importance of nonverbal communication, many myths and misbeliefs undermine its importance, relevance, or usefulness. So we decided to pool our resources and comment on ten body language myths that are trending right now, and you might notice that some have been trending for a long time.

1. You can detect deception based on an individual’s non-verbal behaviors.

Fake. Although we wish we could, the answer is that we humans are “no better than chance at detecting deception” – a draw. So please put this myth aside. We know this empirically from Paul Ekman’s bestseller, Telling Lies: Clues to Deception in the Market, Politics and Marriage, was released in 1985. There is not a single behavior indicative of deception, not one. We must stop associating the behaviors that reveal psychological discomfort with deception and recognize them only for what they are: signs of stress, anxiety, apprehension, despair, suspicion, tension, worry, nervousness, etc., but not deception.

Moreover, in a recently published Ph.D. thesis (2021), Mapala used the latest motion capture, virtual reality and eye-tracking technologies to examine nonverbal indicators of deception and concluded that “the nonverbal cues assessed could not discriminate between people honest and misleading”.

2. The polygraph can detect lies.

Big myth. The polygraph cannot detect lies; it never was and never will be. As the PAA reminds us: “The accuracy (that is, the validity) of polygraph tests has long been controversial. An underlying problem is theoretical: there is no evidence that a pattern of physiological responses is unique to deception. An honest person may be nervous when answering honestly, and a dishonest person may not be anxious.

Finally, the American Academy of Science reported in 2003 that the polygraph could not be invoked because “on the whole the evidence is sparse and scientifically weak”.

Finally, courts, including the US Supreme Court (see US v. Scheffer, 1998), have repeatedly rejected the use of polygraph evidence because of its “inherent unreliability”.

This myth was published in disbelief in a book on “body language”. The basis for this myth comes from research indicating that the right hand is connected to the rational left half of the brain while the left hand is connected to the emotional right half of the brain. It has been argued that scratching with either hand indicates different internal states.

Although there is indeed hemispheric dominance and lateralization for information processing, the two hemispheres are deeply interconnected and not operate completely independently of each other. There is also no empirical evidence to support a causal relationship between feelings of uncertainty and scratching with a particular hand.

4. There are three different types of people, and you can determine their personality and communication style based on their body language.

This myth emerged after a popular discourse made the rounds of the internet and is based on the short-lived argument that all human beings fit one of three distinct neurological profiles – unsurprisingly, the research does not back this up. not. Human beings are far too complex to be divided into three categories.

It has also been proposed that each of these groups has distinctive non-verbal facial traits, such as thin or thick lips, different preferences for eye contact, self-touching, clothing, and a range of other affirmations that are unsupported by research and ignore culture. The factors.

5. Contempt is the only asymmetrical expression displayed on the face.

This argument stems from the belief that there is only one distinct emotion present on our face at any given time, which has specific associated characteristics, and that asymmetrical characteristics cannot accompany any emotion other than contempt.

Consider that emotions are rarely felt in complete isolation. They are dynamic and very fluid, overlapping, sometimes contradictory and complex. Have you ever felt happy and sad at the same time, excited about a new opportunity but also nervous about change?

For example, the “Upper Lip Rise” (#174), discussed in The body language dictionary, where the person smiles and responds positively, but the upper lip pulls unilaterally, indicating disgust or aversion. Like this, there are various facial behaviors, including “Mouth Stretching” (#165), where the mouth is pulled to the side, usually seen when you realize you’ve made a mistake and others are staring at you, and you fear to be taken. Both of these examples are asymmetric expressions.

Another myth that needs to be busted. As the research of renowned psychologist Aldert Vrij has shown (Vrij 2000, 88-89), liars have greater eye contact because they want to make sure they are believed. When we can relax with others, we have the freedom to look away. And, of course, we have to consider that in many cultures they are taught to lower their eyes and avoid eye contact when they are contrite.

7. Ninety-three percent of all human communication is non-verbal.

The percentages quoted often vary between 70 and 93%. This came from a misunderstanding of a classic study by Albert Mehrabian. In his work, Mehrabian never stated that we could assign an exact percentage to the verbal element versus the non-verbal element of human communication in general, but in this particular study, when a single word was said , the non-verbal component was 93%.

Communication is fluid and reflexive as well as situational, ie there is no fixed number.

8. Crossing your arms over your stomach, say, “Stand away.”

This misconception stems from research on blocking behaviors, which shows that when an individual feels uncomfortable or threatened, they may use parts of their body to create a physical barrier between themselves and others. Thus, behaviors such as crossing the arms signal discomfort. In my own research (Maroño), I found that these behaviors can be a signal of distress and discomfort.

But, I’ve also found that more often than not, this behavior is just a comfortable way for us to rest our arms. The crossing of the arms is often only a tactile gesture self-comforting behavior when we’re waiting for something to start, when engaged in a conversation, or even when we’re upset – kids do this all the time. What matters is the context and the non-verbals that come with it, like the full picture, not just an isolated behavior.

9. If a person answers a question by touching their nose first, they are lying.

Another myth that is false and can have serious implications as I noted in “Detecting the Lies vs. Detecting the Truth – Serious Implications”. We touch our faces all day to self-soothe. We do this naturally when we are scrutinized, spoken to, or feel apprehensive. Neither this nor any other isolated behavior, such as touching the mouth or wiping, indicates deception. They are pacifiers, and the honest and the dishonest use them.

10. If a person looks to the right or to the left to answer a question, they are lying.

As noted by David Matsumoto in an article written specifically for the FBI Law Enforcement Bulletin in 2011,

Twenty-three of 24 peer-reviewed studies published in scientific journals reporting experiments on eye behavior as an indicator of lying rejected this hypothesis. No scientific evidence exists to suggest that eye behavior or gaze aversion can reliably assess truthfulness.

This is a short list of the many myths that exist about detecting deception and body language. The reader would be wise to ask,

Has this been empirically validated, are there other possible explanations, does culture factor into all of this, are they universal, who is making these claims and in how many cultures across the world been observed?

A little skepticism goes a long way and of course there are plenty of empirical studies on the subject that we should all take advantage of.

Abbie Marono, PhD. is the Director of Behavioral Research in Communications (BRINC) and is on the faculty of the University of Northampton (UK).

Dr. Alvis: Leading from the Heart and Maintaining Space for Healing in the OECS