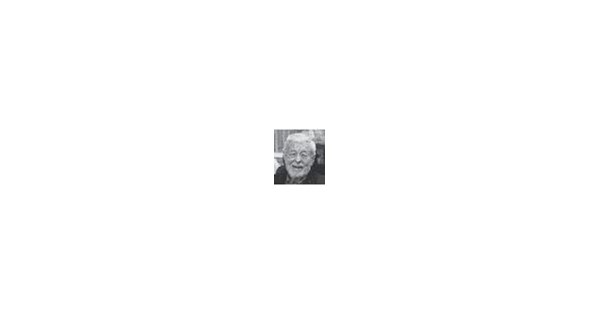 By Richard A. Owen Last updated Mar 13, 2022
Share
BALDWIN – DeWitt C., Jr. Physician-educator and former College President. Born July 19, 1922 in Bangor, ME. DeWitt C. Baldwin Jr., MD, Sc.D. (hon.), DHL (hon.), a long-time advocate and activist for humanism and professionalism in medicine, whose work has had a significant impact on interprofessional education and practice in the health sciences, is died January 5, 2022 in Chicago, Illinois of natural causes. He was 99 years old. An internationally renowned physician, educator, and researcher, Dr. Baldwin has written and conducted research on medical education, physician welfare, moral development, medical ethics, rural health, interprofessional education of the professions health, behavioral sciences, humanistic medicine, child development, psychology and dentistry in a career that spanned 70 years. His written work included more than 200 scientific articles and several books. A pioneer and innovator, he was an early advocate of the teaching of social and behavioral sciences in medical and dental education. He was twice founder and president of the Association for Behavioral Sciences and Medical Education, and in 2007 received its Lifetime Achievement Award. He began his teaching career at the University of Washington in the early 1950s as a pediatrician and early advocated for interprofessional health education. In 1972, he led a unique program for students in 11 health fields at the University of Nevada, from college entrance through vocational school graduation. Focused on team development and practice by students and faculty, the program remains a model for the field. In 1978, he launched the Nevada Office of Rural Health, which expanded health services for the first time in 20 communities and improved services in 19 others over the next three years, an achievement for which he was credited. repeatedly honored. Dr. Baldwin was an interdisciplinary thinker and held academic appointments in pediatrics, psychiatry, family medicine, community medicine, behavioral sciences, medical education, social dentistry, and human behavior and child development at eight medical schools, two dental, three graduate schools. , and two schools of social work. He was a member of the founding faculties of the medical schools of the University of Connecticut and the University of Nevada. In 1983 he was named professor emeritus of psychiatry and behavioral sciences at the University of Nevada, Reno, before serving briefly as president of Earlham College. He returned to medical education research in 1986 at the American Medical Association, where he initiated empirical studies of the disturbingly high prevalence of sexual harassment, racial discrimination, and psychological and physical abuse of medical students and residents during undergraduate and graduate medical education, actively advocating for changes in the learning and working environment. He joined the Accreditation Council for Graduate Medical Education in 2002, serving as a Senior Scholar-in-Residence since 2008, where his work has focused on improving residency education. Among many honors, Dr. Baldwin received an Honorary Doctor of Science degree from Northeastern Ohio Universities College of Medicine (2003); a Ph.D. in Humane Letters from Rosalind Franklin University (2011); the John P. McGovern Award for Distinguished Service in the Health Sciences from the Association of Academic Health Centers (1997); and the Louis Gorin Award for Outstanding Achievement in Rural Health (1991). His contributions to interprofessional education, research, and practice have been recognized with a special supplement to the Journal of Interprofessional Care, celebrating his pioneering work in the field, and the establishment of an annual Baldwin Prize for the best scientific paper. of the journal. He was listed in several editions of “Who’s Who in the World” and “Who’s Who in America”. In 2016, the ACGME and the Gold Foundation established the DeWitt C. Baldwin Jr. Award honoring exemplary institutions that foster respectful and supportive environments for medical education and patient care. Born in Maine, Dr. Baldwin grew up in Rangoon, Burma. At 10, he returned to the United States. He attended Blair Academy, Swarthmore College, Yale Divinity School, and Yale Medical School, graduating in 1949. He completed residencies at University of Minnesota Hospitals and Yale Hospital -New Haven in Pediatrics and Adult and Child Psychiatry at Boston University Hospital and City Hospital. He is survived by his wife of 64 years, Michele Baldwin, his two daughters, Lisa Baldwin and Mireille Payne, and four grandchildren.