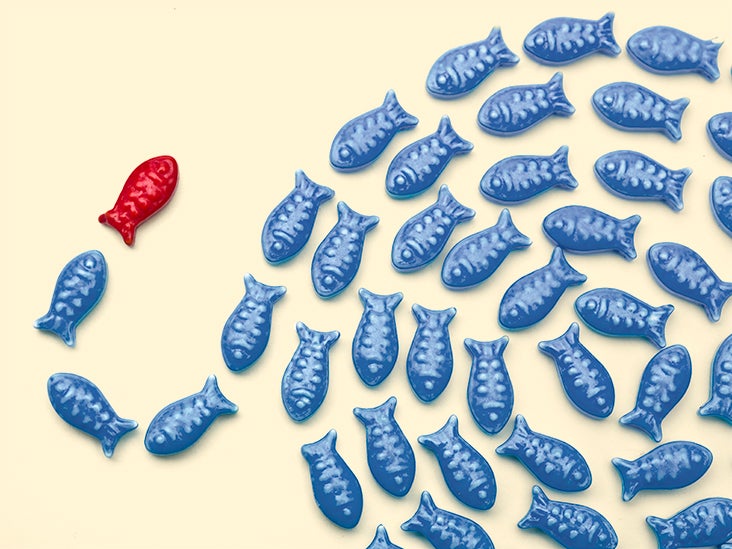 That bossy co-worker who pushes you to your limits can be an asset to the team and goal-oriented, but a dominant personality can be difficult to deal with.

Not everyone with a dominant personality behaves the same. You might find a confident friend who always seems to lead the way or a peer who isn’t shy about using intimidation to get what they want.

In general, some of the traits associated with this power-oriented personality type can be difficult to navigate.

A dominant personality is a personality type that often drives themselves and others into action. It is primarily defined by an overall motivation for power and a sense of pride.

This does not mean that dominant personalities are always eager for power or behave like tyrants. Instead, it may mean that some of them may behave persistently:

The dominance of many species is often associated with behavioral patterns involving intimidation, coercion and aggression. But when it comes to humans, that’s not always the case or if it is, it doesn’t always have a negative connotation.

According to the DiSC model, dominant personality traits include:

But, according to Houston board-certified psychiatrist Dr. Nereida Gonzalez-Berrios, being dominant isn’t just about negative and controlling behaviors. This would be one end of the possibility spectrum of dominant traits.

“A person with a dominant personality type is assertive, courageous, proactive, and self-reliant,” she says. “They are also focused and goal-oriented. These people behave in a socially impressive manner and give off positive vibes to others.

She adds that dominant personalities often have high levels of self-esteem and confidence.

According to Gonzalez-Berrios, other characteristics can be associated with a dominant personality:

Gonzalez-Berrios explains that dominant personalities are generally not strong with social skills.

Instead, as goal-oriented and driven individuals, they can be difficult to sway into compromise and can be rigid in their processes and thoughts.

“When it comes to empathy and compassion, it’s generally less than others,” she says. “They don’t
likes to follow but prefers to lead.

Being dominant in relationships can come naturally to some people. Dominant personalities like the challenge of leading others, for example, or they feel empowered when they take charge.

A dominant personality in a relationship may want to make decisions for you, but they may also encourage and motivate you to take action.

In some cases, prevailing tendencies can cause someone to engage in abusive and toxic relationship behaviors.

But abusive behaviors in a relationship, which are always about power and control, can be signs of a mental health issue and not just a personality type.

Psychopathy has also been associated with dominance and the pursuit of power, although a 2017 study found that this framework of dominance was primarily related to gaining social status, not personal achievement.

To deal with a dominant personality in your life, Gonzalez-Berrios recommends the following tips.

“You need to be assertive and clear about your needs with them,” Gonzalez-Berrios says. “They are not interested in uncovering hidden stories.”

Accept them for what they are

A dominant person’s behavior does not reflect how they feel about you. Most likely, they’re not targeting you – they’re treating everyone, including themselves, that way.

They may not use sweet words or display a friendly demeanor, Gonzalez-Berrios says. Instead, they can come across as bold, direct, and straightforward.

Most of the time, they expect the same from you.

Stay one step ahead

Gonzales-Berrios suggests following new skills and efficiency routines that can help you appeal to the problem-solving nature of a dominant personality type.

If you’re one step ahead, it can be difficult for them to feel the need to lead you.

Accepting dominant personality traits doesn’t mean you have to accept inappropriate behaviors or attitudes you don’t feel comfortable with.

Setting clear boundaries can be a way for you to protect your physical and mental well-being. It can also provide a standard and a way to say “no” without needing a list of reasons or excuses.

While a dominant personality is often associated with negative traits of aggression and manipulation, there are also many positive traits to recognize. Dominant people can be strong, dedicated, and goal-oriented leaders.

If you find it difficult to coexist with a dominant personality, changing your communication style and setting clear boundaries can help.

Diversity Training Works But Not Necessarily: What Works, What Doesn’t