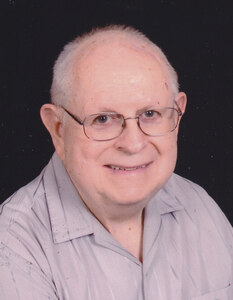 Dr Malcolm O. Jackson, 85, former Anderson, died on November 18, 2021 in Aspen Trace in Greenwood from a brief illness.
He was born on May 14, 1936 in New Castle, son of Orville and Nancy (Raffe) Jackson.
He graduated in the Class of 1954 from Union High School, Modoc, Indiana. In 1968 he graduated from Taylor University with a Bachelor of Arts in Psychology. In 1980 he obtained a Master of Arts in Pre-Counseling Psychology and in 1983 he obtained his doctorate. in Counseling Psychology, both from Ball State University. He was an assistant professor at Ball State University in psychology and counseling and counseling psychology from 1980 to 1985.
He served as a minister of the Christian congregational churches in Indiana and Ohio from 1955 to 1978. He was a lover of grain and ranching in Randolph, Wayne, Delaware and Madison counties.
He was a social worker in psychiatry and then was director of psychological services and staff psychologist at Richmond State Hospital from 1969 to 1986. He was psychologist at Anderson Mental Health Center from 1987 to 1997. He was a staff psychologist at Indiana Prison for Women and chief psychologist at Pendleton Correctional Center from 1990 to 2008.
He was a member of Bethany Christian Church, Indiana Farm Bureau, American Association of Christian Counselors, and Kampgrounds of America.
He loved to collect old tractors and toys. He received a scholarship to earn his doctorate in psychology from Richmond State Hospital and Indiana Department of Mental Health.
He is survived by his wife, Judith Ann “Judy” Jackson of Greenwood; five children, Doug (Donna) Jackson of Pleasant Hill, Iowa, Grady (Annie) Jackson of Bargersville, Nathan (Amy) Jackson of Yorktown, Todd (Deb) Reynolds and Brent (Wendy) Reynolds, all of Atlanta, Georgia; sister, Margaret (Randy) Currie of Toledo, Ohio; sister-in-law, Kathy Dilts and one-in-law, Tom (Darlene) Ralya, all of Muskegon, Michigan; 16 grandchildren; 22 great-grandchildren; and several nieces and nephews.
His parents died before him; and a sister, Marilyn Weiser.
The funeral will be on Monday, November 22, 2021 at 11 a.m. at the Rozelle-Johnson funeral service in Anderson with Bob Bell as celebrant. A grave will be held at the Brick Cemetery, 5352 N. Brick Church Road, Hagerstown, Indiana, Monday at 1:30 p.m.
Visitations will be from 2 p.m. to 4 p.m. on Sunday, November 21, 2021 and one hour before the service on Monday at the funeral home.
Memorial contributions may be made to Bethany Christian Church, 1920 N. Rangeline Road, Anderson, IN 46012 or to a charity of the donor’s choice.
Post your condolences online at www.rozelle-johnson.com.

WSUV innovates in the field of science