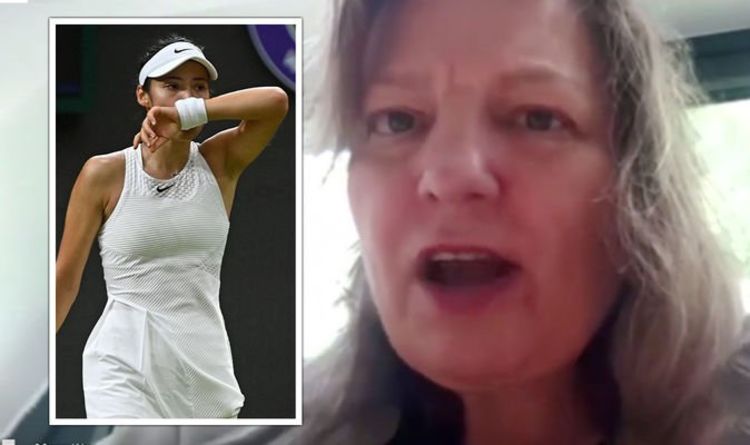 Dr Amanda Owens told GB News that 18-year-old Emma Raducanu has been put in the limelight and the UK has put a lot of pressure on her. She added that the rising tennis star must be protected and must have time to rest and recover after his remarkable run at Wimbledon.

Dr Owens said: “I think there are a number of factors here, the fact that she is 18 years old.

â€œShe’s been put in the limelight, she has a great team around her, but I think we need to take care of her.

â€œShe has to look at what she’s accomplished over the past few weeks, which is really amazing.

“Sure, she’s not used to being a media star and we have to protect her.”

She continued, â€œPlus, breathing problems can be due to a number of factors.

â€œShe has never had the experience of playing on Court One this late, she had a lot of pressure on her from the UK, everyone was supportive of her and was very excited.

“It could be due to a number of factors here, but we have to take care of her and she needs to rest and recover.”

She continued, â€œIt’s obviously so bittersweet because Emma has to be really, really hurt if she makes the decision to retire.

â€œPlaying as a Brit at home is amazing so I’m so sorry for her because I wish we could have finished it.

“It’s sports – it happens – but I really wish him all the best.”