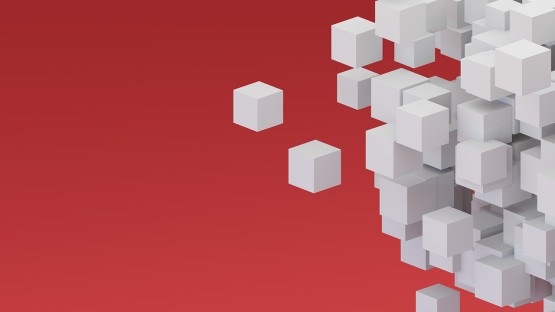 Whether virtual or in-person learning is better may be the wrong question.

New psychology research from Cornell reveals that sitting face-to-face, rather than shoulder-to-shoulder, enhances learning and innovation, even when we’re learning complex physical skills that should be harder from that perspective .

In experiments, children and adults solved a complex visual and spatial problem – opening a puzzle box – more quickly after watching a model demonstrate a solution face-to-face, compared to others who observed alongside or perpendicular to the model.

At all ages, test subjects performed best when they could observe not only an instructor’s hands, but also their eyes, gaze, and facial movements. The researchers propose that face-to-face interaction conveys valuable social information about goals and motivations in addition to visual information about the task.

“This shared mental perspective might be more important for certain types of learning than sharing a common visual perspective,” said Ashley Ransom, MA ’18, a doctoral candidate in the field of developmental psychology. “Face-to-face interaction could facilitate creativity and innovation rather than strict teacher mimicry.”

Ransom is the lead author with Dr. Brian LaGrant ’17, MD ’21, of “Face-to-Face Learning Improves the Social Transmission of Information,” published Feb. 25 in PLOS ONE. Adam K. Anderson, Professor in the Department of Psychology and College of Human Ecology (CHE), and Eve De Rosa, Associate Professor of Psychology and Rebecca Q. and James C. Morgan Sesquicentennial Fellow at CHE, and Dean of Faculty, are senior authors. Anthony Spiteri, a former postdoctoral fellow in Anderson and De Rosa’s Affect and Cognition lab, and Tamar Kushnir, now a professor at Duke University, are co-authors.

It is believed that learning a new visuospatial task, like how to tie a knot or play an instrument, requires us to adopt teachers’ perspectives, to try to see the world through their eyes. However, the new research suggests it could also be important to see their eyes.

Previous studies have shown that it is easier to imitate specific steps when learners see what an instructor sees – for example, watching a video of hands building a circuit board. When we move from this viewpoint at 0 degrees to an opposite angle at 180 degrees, our brain must use “mental rotation” to understand a model’s movements as meaning left or right, forward or backward.

As a result, according to the researchers, learning to open a puzzle box should be more difficult when observing someone face-to-face. But the study concluded otherwise.

“Remarkably, simply sitting across from someone can help overcome the limitations of shared visual perspective,” the authors wrote. “Face-to-face learning took precedence over the inherent difficulty of taking another’s visual point of view.”

The colorful puzzle box – also called an artificial fruit box when it was first developed for chimpanzee studies – contained four layers that required 12 steps to open, including the removal of bolts and panels, the moving the sliders and rotating the screws. There were several possible solutions and the model incorporated superfluous movements into their demonstration to help measure imitation.

The researchers randomly assigned 36 children aged 4 to 6 and 57 college students aged 18 to 27 to watch demonstrations of orientations at 0, 90 or 180 degrees to the model. Subjects were then given three tries to open the box in the position they preferred.

By one norm, face-to-face learners were less successful: they imitated less faithfully than participants who couldn’t see faces directly. But by achieving the real goal of opening the puzzle box, they were faster and more likely to come up with new solutions rather than relying on the pattern solution.

“They weren’t as good at imitating, but there’s a benefit to that because it made discovery easier,” Anderson said. “A social perspective – looking at people and where they are looking – has enabled children and adults to become better learners in what should have been the most difficult condition.”

Overall, adults were more likely to copy the model solution and choose to solve the puzzle box from the teacher’s perspective. The children, on the other hand, found new solutions and often remained in their original position.

These results suggest that adults have become better rote learners, but less innovative with time and more formal education.

“Adults focused on recreating the model’s actions rather than the end result,” the authors wrote. “Children are more flexible learners than adults and engage in more exploration while learning.”

The research was supported by a grant awarded to De Rosa from the Empire Innovation Program at the State University of New York.