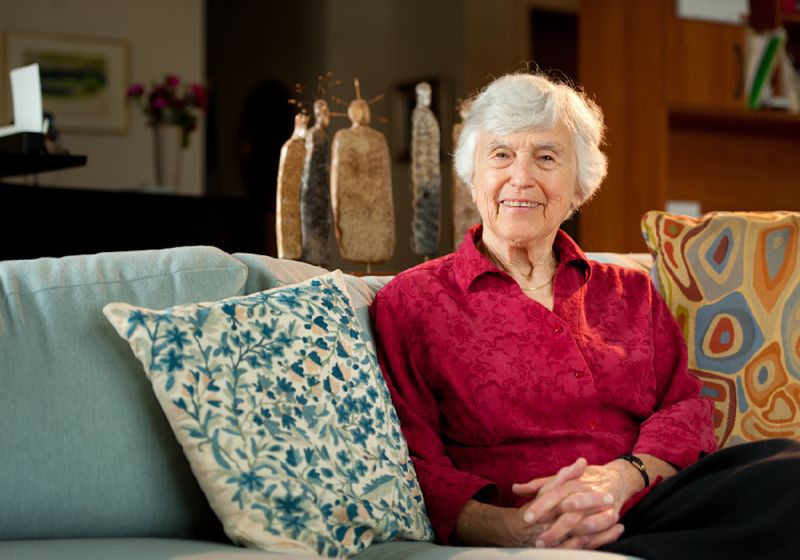 Muriel Lezak, a neuropsychologist renowned for her work in the science of brain injury, died on October 6 at the age of 94. Lezak wrote a textbook in the 1970s that became the gold standard on the subject. She also changed the way injuries were rated, championing a model centered on patients’ descriptions of their experiences.

Lezak (nÃ©e Deutsch), was born in Chicago in 1927. Her father was a furrier, according to The New York Times, and his mother occasionally worked in the company. She attended the University of Chicago, completing her undergraduate studies in 1947, and stayed for a Masters in Human Development, which she obtained two years later. While studying at UChicago, she met a law student named Sidney Lezak, and the two married in 1949 before moving to Portland, Oregon and having children.

According to OregonianLezak went on to accomplish something quite exceptional for a married mother of three in 1960: she received her doctorate in clinical psychology from the University of Portland after six years of study. She also began teaching psychology at the university and at Portland State College (now Portland State University). She often attributed her ability to achieve these goals to the support of her husband, whom she called Sid, and her hands-on approach to parenting their children.

â€œIt was an interesting time. Very few men had, or perhaps still have, the comfortable feeling of not feeling threatened by a woman moving forward, â€Lezak said in a 2012 profile with UChicago Magazine. “But my darling carried me and my career like a rose on his lapel.”

In 1966, Lezak began working as a psychologist for the Veterans Administration (VA), dealing with soldiers returning from Vietnam and those suffering from persistent neurological trauma from previous wars. In addition to working with returning soldiers, Lezak also worked with women who were adjusting to their husbands’ postwar personality and behavior.

In an effort to better help her patients, she searched for a comprehensive book that connected the dots between brain trauma and dysfunctional behaviors. When she realized that such a book did not exist, she set to work compiling her own research and writing one herself. His book, Neuropsychological assessment, was published in 1976 and quickly became the gold standard for understanding the cause and effect of brain trauma and mental health disorders, as well as how best to assess patients. The sixth edition of the book is slated for release in 2023 and will be titled Lezak’s neuropsychological assessment, according to Times.

In 1985, Lezak left the VA and began working at Oregon Health & Science University and in private practice. Although she left college 20 years later, she continued her practice until only a few years ago, Oregonian reports.

Lezak recognized the head trauma that can occur when playing sports and tried to raise awareness of the lasting damage from concussion as early as the early 1980s, decades before coaches and players at the level junior at the professional level are properly informed and trained to recognize danger signs.

â€œI think the sport has to change. Unfortunately, these contact sports are really dangerous, â€Lezak said in the 2012 profile.â€œ For our own entertainment, we ask a lot of these young people. “

Lezak is predeceased by Sid and his son, the Times reports. She is survived by her two daughters and nine grandchildren.