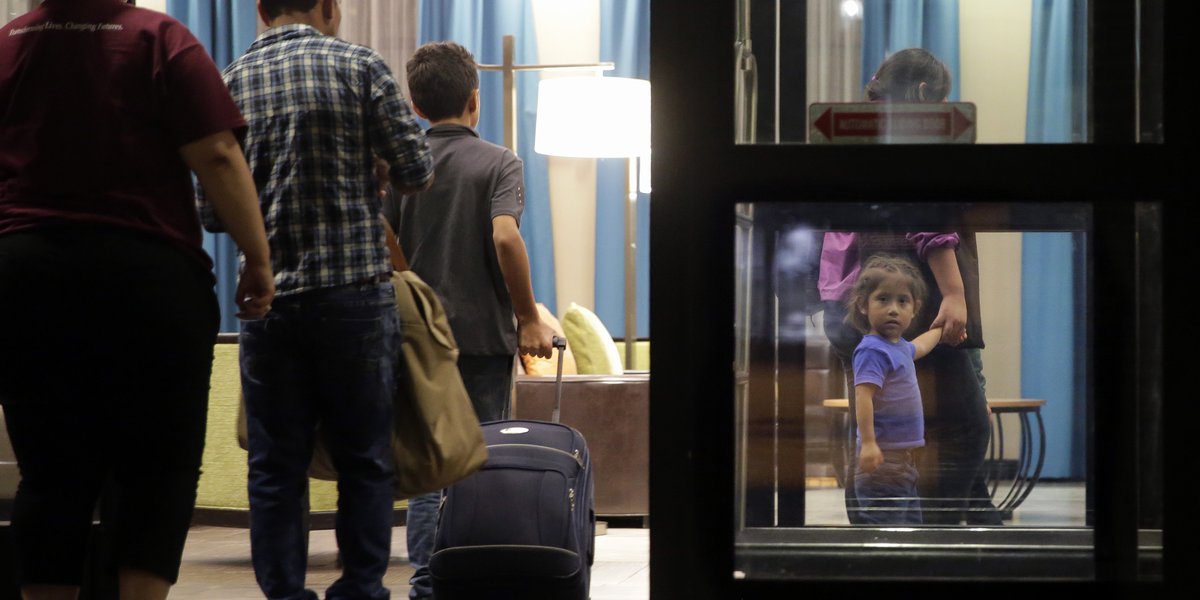 WASHINGTON (AP) — The Biden administration is calling for parents of children separated at the U.S.-Mexico border to undergo another round of psychological evaluations to gauge how traumatized they have been by Trump-era politics, according to court documents.

The claim is part of a lawsuit brought by migrants seeking compensation from the government after thousands of children were taken from their parents in a policy decried as inhumane by political and religious leaders around the world. Settlement talks with lawyers and the government broke down late last year.

Ministry of Justice lawyers also reserve the right to have separated children examined by a psychologist, if necessary. Appraisals are common in claims for emotional harm, but these cases are unusual because the government’s role in the trauma of parents and children through separations has been well documented.

“President Biden has called the Trump family separations a criminal and a moral stain on the nation, but now his administration is hiring doctors to try to pretend the families haven’t suffered so much,” said Lee Gelernt, director Deputy of the ACLU Immigrants. Rights Project and a lawyer for plaintiffs with the aim of compensating migrants.

Government lawyers argued that the migrants “allege that their mental and emotional injuries are ongoing and permanent in nature” and that their injuries are directly related to government policy. They say it is necessary for the government to have its own opportunity to examine them.

The requests came in two files filed by 11 families. There are nearly two dozen similar cases pending in other courts, and some have already undergone government-mandated psychiatric evaluations.

But the parents have already sat through depositions for hours in which they recounted in detail what had happened. Government investigators said children separated from their parents showed more fear, feelings of abandonment and post-traumatic stress symptoms than children who were not separated.

Some children believed that their parents had abandoned them or had been killed. For some, the mental trauma caused physical symptoms, like chest or heart pain, according to a 2019 report from the Department of Health and Human Services’ office of the inspector general.

Biden administration officials have denounced Trump-era policies. Biden, a Democrat, said during his presidential campaign that the policies were “an outrage, a moral failing and a stain on our national character.”

Attorneys for the Justice Department acknowledge in court documents that the parents have already undergone several mental health assessments, but say an expert in adult psychology deemed it necessary to seek another opinion, according to court documents.

“It is standard practice for plaintiffs alleging serious emotional injury to be examined by the opposing party’s expert,” the federal attorneys wrote. They point to a similar case in South Florida in which a father and child agreed to the same exam and say it’s “well within” what is considered appropriate.

A review would take about eight hours, four hours for clinical interviews and four hours for emotional and traumatic testing, federal prosecutors wrote. This would not be invasive and would happen at an agreed place and time. The previous assessments were made by experts chosen by the parents’ lawyers.

The two sides had negotiated a settlement, but Biden later said the families of separated children deserved some form of compensation. An initial proposal of $450,000 per person was flagged and heavily criticized by Republicans. Asked about the proposed figure, Biden said, “It’s not going to happen.”

The talks ended shortly thereafter. The settlement talks had also included discussions about granting the families legal residency in the United States and providing counseling services.

There is a separate legal effort to reunite other families, and there are still hundreds who have not been reunited. The Biden administration formed a reunification task force that brought together about 600 families.

Trump’s “zero tolerance” policy meant that any adult caught crossing the border illegally would be prosecuted for illegal entry. Because children cannot be imprisoned with family members, families have been separated and children have been taken into custody by health and social services, which deal with unaccompanied children at the border . No system has been created to reunite children with their families.

According to government watchdogs, Trump administration leaders underestimated how difficult it would be to implement the policy on the ground and failed to notify local prosecutors and others that the children would be separated. . They also did not realize the children would be separated for more than a few hours, and when it was discovered they continued, the watchdogs said.