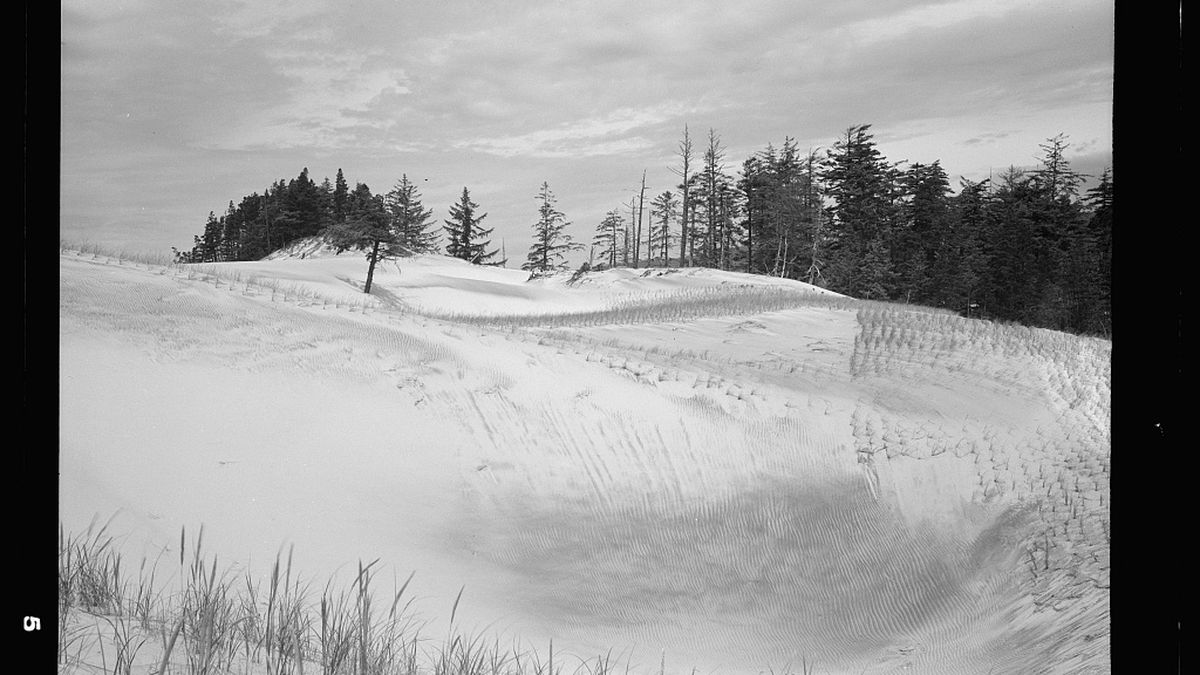 Frank Herbert’s epic 1965 sci-fi novel Dune tells the story of a future civilization that struggles to control precious resources on a desert planet. The book was hailed as the first great ecological science fiction novel and spawned decades of novels and screen adaptations. A major new film adaptation of Dune has just been released in theaters and on streaming platforms around the world.

But as the story of the Clash of Civilizations on the planet Arrakis takes place in a distant time and place, Herbert’s inspiration for the story came from a battle between man and nature in the dunes. sand from the Oregon coast.

At the turn of the 20th century, the city of Florence in central Oregon was threatened with being devoured by nearby dunes which were whipped onto human structures by coastal winds. Roads, railroads and even houses were swallowed up by blown sand. Beginning in the 1920s, the United States Department of Agriculture initiated a program to attempt to stabilize the dunes by planting European beach grass. The hope was that its dense roots would hold the sand in place and prevent it from burying cars and houses nearby.

Herbert came to Florence in 1957, planning to write an article documenting this battle between man and nature. He was amazed by the power of the blast of the desert sand. As he wrote in a letter, “These waves can be just as devastating as a tidal wave in property damage.”

“As you can see from his books, he was interested in everything,” says Meg Spencer, district director of the Siuslaw Public Library district. “He took a flight over the dunes, he took several pictures, he went out on them. “

Herbert finished his article on Florence, but it was never published. Instead, he started digging deeper into desert ecosystems and human interactions with nature. “The experience here of seeing the dunes – and the interaction between people here and the environment they lived in – which really became the focus of Dune and Arrakis, ”says Spencer.

She knows this because the Siuslaw Public Library houses an archive of many original documents that Herbert collected for research. Dune. It includes books like “The sociology of nature“, A 1962 book on modern ecology, and”The changing nature of man,”A 1961 historical psychology book.

“He was clearly reading this huge array of titles,” says Spencer. “It’s so clear that he was trying to introduce psychology and religion; it is fascinating to see all the sources from which he was inspired to write this giant universe which has become Dune. “

Dune tells the story of a civilization struggling to balance its relationship with a ruthless natural world and the unintended consequences of its actions. Ironically, this same fight is being played out today on the sand dunes of Florence. Efforts to plant European beach grass were successful in keeping the dunes in place, “but what they found is that beach grass is also an invasive species,” says Spencer. “The amount of land that is sand dunes has been shrinking and shrinking year after year.”

“This is a perfect example of the unintended consequences that you see in Dune“Says Spencer.” Now a lot of work is being done to rectify that, to allow humans to continue living here successfully and having roads and buildings, but also trying to make sure that we back it up. incredibly special gem that we have. “

Yet the sand dunes of the Oregon coast retain the majesty that inspired Frank Herbert over 60 years ago. Spencer says she feels the alien landscape of Dune at each visit.

“Walking around these dunes, spending time on them is what you see throughout the book and the adaptations… that feeling of sand that lasts forever and is indomitable,” says Spencer.

In fact, she says the similarities can be so bizarre that she takes superstitious steps not to attract the attention of Sandworms: the giant fictional creatures living beneath the sands of Arrakis.

“Even to this day, I’m starting to think, ‘Oh, are my steps too regular? She laughs.

• Saturday 23 October at 3.30 p.m .: Screening of Dune with a presentation of the Oregon Dune Restoration Collaboration

• Sunday 24 October at 3.30 p.m .: screening of Dune with a discussion on the comparison of the book with its film adaptations

• Thursday, November 4 at 10:30 am: an online book club discussing the themes and meaning of Dune with the Siuslaw Public Library

• Monthly: Discover rare items from the Frank Herbert Collection, books, movie memorabilia, and artwork, all of which were donated to the Siuslaw Public Library District by Herbert’s family. See the exhibits both in the Florence branch, as well as in the City Lights cinemas.