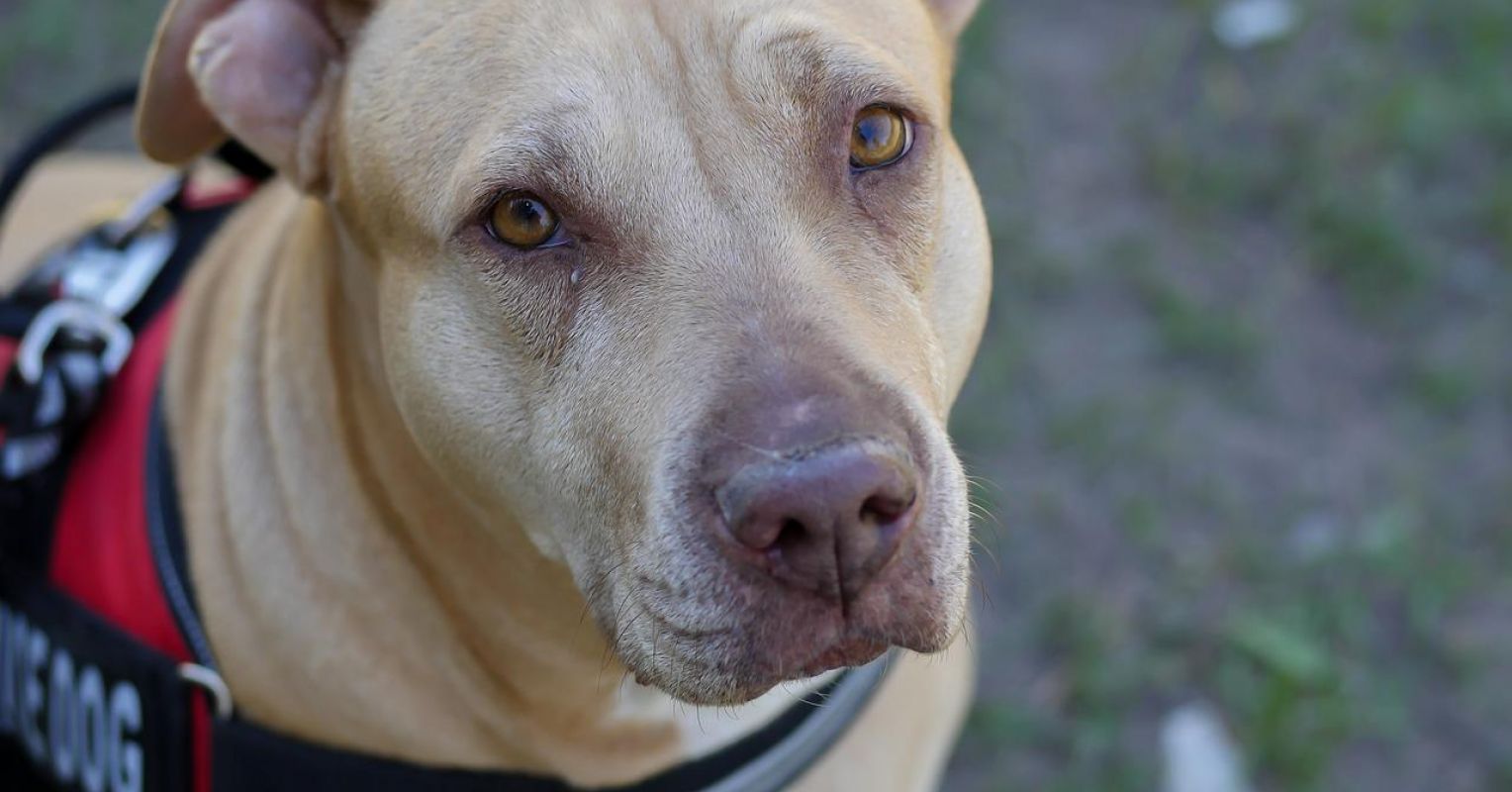 I was talking to a Canadian veteran who was injured during a military mission in Afghanistan. Although he recovered from visible injuries, he was left with a condition that sometimes causes unpredictable seizures. For this reason, he has been given a seizure alert dog that can often warn him several minutes in advance that a seizure is imminent. This gives him time to get to safety.

During our phone call, he was pretty upset and said, “I was in town, and as usual, I got Rocky [his seizure alert dog] with me. I was a bit hungry, so I stopped somewhere for a burger and a beer. Before I was even seated, a waiter came up to me and told me I had to leave because dogs weren’t allowed at this establishment. I pointed out to him that the dog was wearing a harness that clearly said “Service Dog” and that by law service dogs were allowed in restaurants. He insisted it was against their policy, so I asked to see the manager.

“When she finally arrived, I explained the situation to her, showed her my documentation and told her that if she didn’t serve me because of the dog, I was ready to call the police right away. She apologized and explained to me that recently a few people had brought ‘support dogs’ into her home, and one had growled and yelled at a customer, while another had urinated on a chair.

“I told her that if they were really trained service dogs, that wouldn’t happen. She then asked me, ‘How would I know?’

“Have you ever considered investigating these fake service dogs? he asked me.

Why would anyone want a fake service dog?

The average person might wonder why someone might want to have a counterfeit service dog. In fact, there are several reasons. For some people, it’s as simple as wanting to have their dog’s company when traveling to stores or restaurants, which normally don’t allow dogs. By law in the United States and most provinces of Canada, service dogs must be allowed on public transportation and also allowed in hotels, pubs and bars and other public areas, even if they are normally prohibited in these places. They are even allowed in the passenger compartments of most airplanes. These dogs are basically classified as “medical equipment”, and banning them would discriminate against people with disabilities.

In some cases, the motivation is a bit more subtle. A woman told me that she had trouble finding an apartment that would accept her because she had a pet Labrador Retriever. Almost all the apartments available had a no pets policy. A friend of hers recommended that she buy a proper vest and ID card so she could claim her dog was a “service dog”. This allowed her to signal to any potential landlord that it is illegal to deny housing because she was living with a service dog.

therapy dogs have different functions. They are used to reduce stress over short periods of time and are often part of hospital visitation programs. Many therapy dogs operate in group settings, such as nursing homes, schools, college campuses, and other places where temporary stress relief is desired. These dogs are specially bred to be sociable, friendly and approachable. Most have undergone basic obedience training as well as temperament testing.

Emotional Support Animals are often untrained or poorly trained. They function to provide companionship, stress reduction, and positive emotional interactions with their owners who may be prone to anxiety disorders.

Therapy dogs and emotional support dogs sometimes have the same access rights as service dogs; however, their status varies from state to state in the United States or province to province in Canada. There is no set of formally accepted identifiers for these dogs; however, an arriving dog wearing a brightly colored harness with a tag that says “Therapy Dog” or “Emotional Support Dog” is usually enough to keep him unchallenged in most places.

I decided to see how complicated it would be to create a fake service dog. I quickly learned that it is easy to do. I looked at the listings on Amazon in the US and Canada. It turns out that a variety of different types of harnesses or vests identifying dogs as service dogs, therapy dogs, or emotional support dogs can be purchased for as little as $20.

There are also a number of identification cards labeled “Service Dog” and “Full Access Required by Law” that can be purchased online. They also sell collar tags that say “Service Dog” with the words “Access Granted by Federal Law.”

The most impressive are the ID cards containing the dog’s photo and name, as well as the recurring mention “Full access required by law”.

Perhaps even more inconvenient is that it doesn’t seem that hard to get medical documentation that says a support animal is required, and your own pet is that animal. For example, a group calling itself the National Service Animal Registry offers you a free online “psychological evaluation”. It’s actually a 10-question multiple-choice inventory, and if you get the appropriate score and are willing to pay a substantial subscription fee, they’ll provide you with a doctor’s letter and certificate stating that you have right to an emotional support animal. . If you don’t have the appropriate score, you can retake the online inventory as many times as you like with the option to edit your answers until you achieve a score that qualifies.

I spoke with someone from the Veterans Administration and asked if there was a way to tell the difference between government-issued documentation and some of these forgeries. He said to me, “Actually, some of these ID cards are just too impressive and contain too much stuff. The first clue that it could be a fake is that it has a picture of a dog on it. handler’s photo on it so everyone in the family doesn’t use the service dog.”

What happens if the scam is discovered?

Unfortunately, the penalties for passing a dog off as a service dog are uneven and vary from state to state. Only 23 states have any sanctions at all. In some cases, such as New York, the consequences are quite minimal (a $25 fine for the first offense). In Canada, at the time of this writing, no province has passed legislation making the use of a fake therapy dog ​​a punishable offence.

The problem with this lack of enforcement, combined with the availability of vests and ID cards to pass a dog off as a service animal, is that it hurts people with genuine disabilities who need the assistance of these dogs. They may be denied access and services because people may doubt that their dogs are legitimate service animals. It also hurts business owners who may have to risk the safety and comfort of their customers when allowing fraudulent, untrained, and possibly out of control service dogs to enter their establishments.

At the very least, one would think that the politically appropriate action would be for lawmakers to require individuals to prove that they do indeed have a qualified service dog before allowing them to purchase vests, tags and service dog certification cards.

Copyright SC Psychological Enterprises Ltd. May not be reprinted or republished without permission.

A Look at Some of ASU’s Top Spring 2022 Graduates