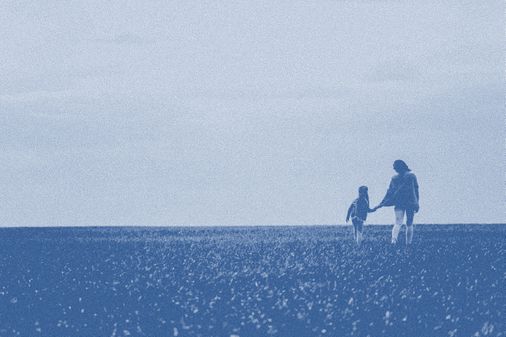 Is raising a child scarier during a pandemic? Or is parenthood always like that?

Maybe parenting has always been so difficult. I was not the first to raise a child in a pandemic, or in the midst of political uncertainty, or in a world where war and violence dominated the headlines. I was told that worry was just a symptom of parenthood.

But for many, parenting in a pandemic feels particularly dangerous, like navigating mastless squalls. “We are going through this global existential crisis,” says Dr. Erica Lee, a child and adolescent psychologist at Boston Children’s Hospital. “So many families tell me that the successes just keep coming. . . It’s hard to be a parent.”

It didn’t take long to realize that the pandemic was taking its toll on families. A study published in April 2021 by researchers at Richmond Children’s Hospital at VCU found that 55% of parents said their stress levels increased during the first months of the pandemic and remained high until September 2020 .

But even as the pandemic unfolded, society faced a succession of other disasters, from war to school shootings to political upheaval.

“I had a kid who said to me, ‘I think the world is becoming a pretty dangerous place,'” Lee said. “How can I reassure my child that the world is safe when I don’t feel safe myself?”

The cascade of seizures seems spaced out just enough that I can barely catch my breath.

COVID concerns came first, rolling like a gray cloud over my daughter’s childhood. We limited outings to my parents’ house, a lifeline that itself seemed risky. She started asking me “hanitizer” – the shorthand for hand sanitizer invented to save time, given the dozens of times a day we applied it.

My daughter adapted to the ever-changing concerns of the pandemic, but they threw me with such force that I became seasick. Daycare closed then reopened; masking requirements in daycares and schools has come and went. In January 2022, Omicron found us, hiding in the holiday hugs we shared with a few small family groups. After all the worrying, avoidance, and 6 feet of separation, my daughter barely showed any signs of illness.

On the other side of our isolation, I felt the tightness in my chest release. My daughter had survived with some immunity and no signs of long COVID. In the limited time I hoped she had immunity, we ventured out into the world. We strolled through an antique market, her little fingers touching clip-on earrings with the adoration of an explorer. My husband and I took her to the aquarium and watched her press her fingertips against the glass tank to get closer and closer to a turtle as large as she was.

The lightness I had come to seek was soon eclipsed by new worries. I dreaded reading the news of the war in Ukraine, which daily calculated the number of children among the dead. I wondered what we could do in the event of a nuclear attack. Meanwhile, hundreds of children around the world and nationwide quickly began reporting surprising signs inflammation of the liver. The reappearance of monkeypox seemed another taunt at my parental anxiety.

COVID-related concerns have cropped up again and again, with new strains piercing the surface of our consciousness like shark fins. I was worried about reinfection. At least, finally, she could be vaccinated, although I had trouble timing injections between bouts of the normal childhood cold.

Most of the time, I could get myself out of worry. New viruses were rare and global threats seemed distant. But I couldn’t make sense of a gunman hunting down and murdering customers in an East Buffalo supermarket in a racially motivated attack. Or, a week later, another gunman storms an elementary school in Texas. Details of the children’s lives haunted me, echoed in my soul. I found myself sitting in my daughter’s room longer at night.

And yet, there are reasons to be grateful. Parents of even younger children scour supermarket shelves for infant formula, in a sort of Depression-era horror of how to feed their children.

Lee of Boston Children’s suggests parents take time to process big news before discussing it with kids, so we can communicate what’s going on while helping them feel safe. Parents should also be aware that while horrible things can happen, they are rare.

Regardless of whether previous generations felt such parental anxiety, what matters most is that we collectively feel it now. The endless trauma and death of the 2 1/2 year olds kept us on our toes, made us overprotective and insecure. No matter how we cope, Lee reminds me that our fear is valid.

“Be careful,” I tell my daughter as she wanders the world, strolling through tick-infested woods or bounding through grocery store aisles. It’s a mantra, or maybe even a prayer. I think I’m saying it more for myself.