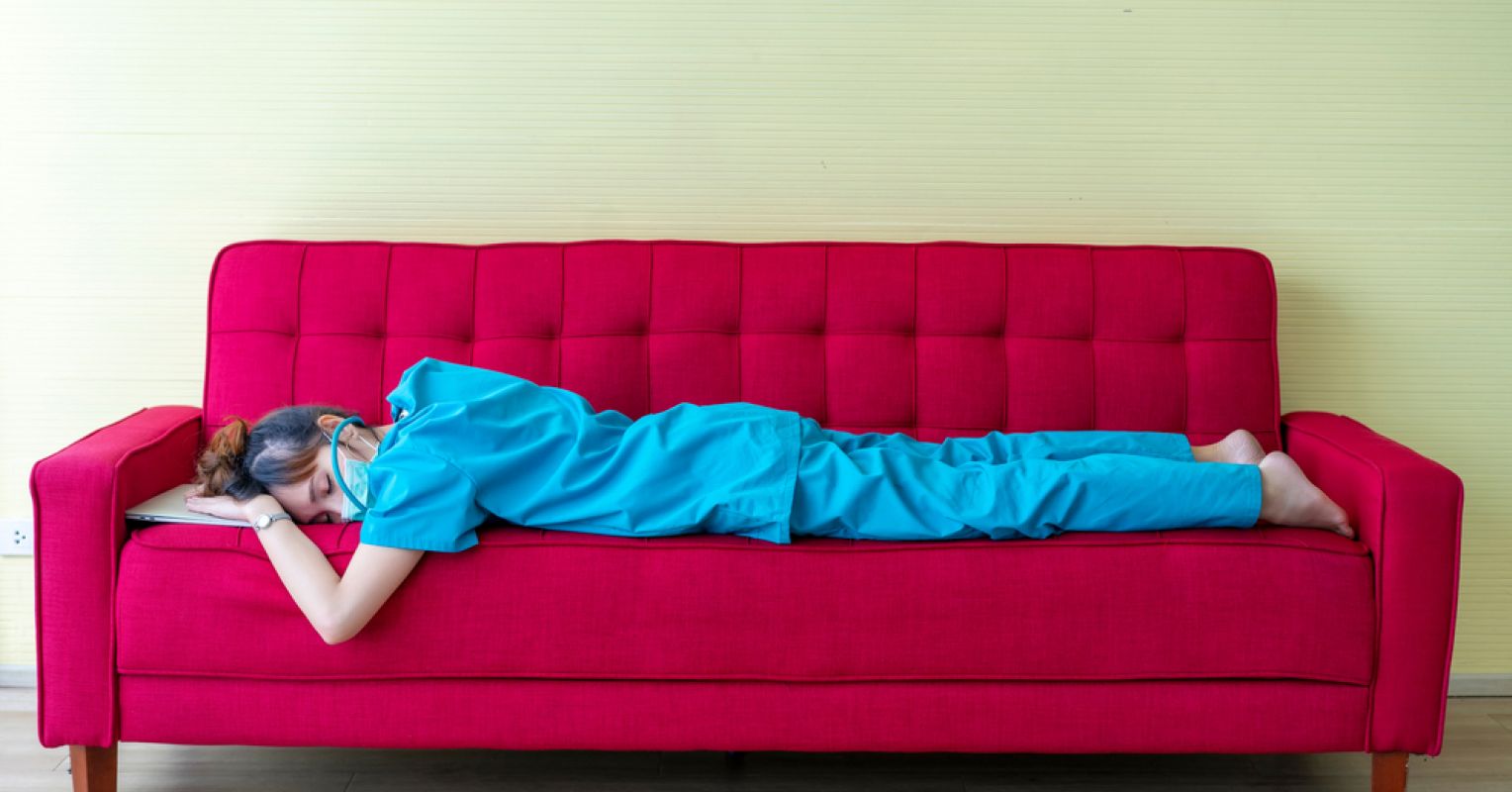 Long Covid and the Brain

Inject an agent that stimulates the immune system (usually called a lipopolysaccharide) into a rat and the animal will exhibit a constellation of behavioral symptoms called “sickness behavior.” Symptoms include reduced locomotion, decreased appetite, drowsiness, and decreased engagement in usual activities like grooming. In other words, the rat appears to be depressed. Scientists can demonstrate that the activation of the immune system that causes pathological behavior in rodents also produces physical activation of immune markers in the brain.

Humans who are infected with various viruses and bacteria can relate: When we are sick, we usually have a decreased interest in things (called “anhedonia” by psychiatrists and psychologists), decreased energy, impaired sleep, decreased appetite and feelings of sadness. Is it because the stimulation of the immune system by these infectious agents has a physical effect on our brains or is it a psychological reaction to feeling sick that is not accompanied by any noticeable physical brain changes?

This question, which is very difficult to answer, has become particularly relevant during the current coronavirus pandemic. The syndrome of post-acute sequelae of SARS-CoV-2 infection (PASC), better known as Long Covid, has aroused great interest in the media and on the Internet and is the subject of intensive research. by basic and clinical scientists around the world. Many manifestations of Long Covid are neurological and psychological in nature, including headaches, “brain fog”, confusion, loss of senses of taste and smell, depression and anxiety. This raises the question of how the virus that causes Covid-19 affects the brain. Are the neurological and psychological symptoms of Long Covid related to physical changes in part of the central nervous system?

Virus not detected in human brain

Some viruses are neurotropic, meaning they can directly infect nervous system tissue. Measles, poliomyelitis and rabies viruses are examples. So far, however, scientists have found no evidence that the virus that causes Covid-19 (SARS-CoV-2) is neurotropic in humans, although the virus has been detected in the brains of mice. and non-human primates. Autopsy studies have produced no signs of direct infection of neurons or other cells in the brains of people who died of Covid-19. This means that an ongoing viral brain infection is unlikely to be the cause of the psychological and cognitive symptoms of Long Covid.

One theory that has been widely put forward and studied to explain the brain-related symptoms of Long Covid is the possibility that an ongoing immunological process is affecting the brain. Given the well-established effect in rodents of inflammation elsewhere in the body on both immune function in the brain and behavior, this is certainly possible. Admittedly, the proof of this assembly is still far from being definitive.

The challenges of studying the human brain

Studying the human brain is a difficult undertaking because it is enclosed behind what is called the blood-brain barrier, a protective layer of cells and blood vessels that prevents many things circulating in the blood from entering the brain and many things in the brain to come out in the brain. the blood. This means that blood tests usually don’t reveal much about what’s going on in the brain. And unlike other organs in the body, we usually can’t directly sample brain tissue in living people.

Blood studies have shown that Covid-19 may be associated with the production of autoantibodies, antibodies that mistakenly recognize body tissues as if they were foreign invaders. These autoantibodies have been shown to attack central nervous system tissue in the laboratory and persist in people’s blood for weeks or even months after recovery from acute Covid-19 infection, suggesting that this could be a mechanism by which abnormal activation of the immune system affects the brain. It is not yet known, however, whether in fact the autoantibodies stimulated by Covid-19 cross the blood-brain barrier in humans and negatively affect the brain.

Studies using formal neuropsychological testing have shown cognitive abnormalities months after recovery from the acute phase of Covid-19 infection. Brain imaging studies can also tell us a lot about brain structure and function. Using positron emission tomography (PET) technology, for example, scientists have reported decreased metabolism in parts of the brain in patients with severe cognitive impairment within days of recovering from Covid-19. Six months after recovering from Covid-19, the same researchers found improvements in cognition and brain metabolism in study participants, but there were still residual abnormalities in both areas. These are important studies, but they do not allow us to understand the mechanism by which SARS-CoV-2 causes disruptions in brain function.

Animal studies can clarify the effects of the Covid-19 virus on the brain. Studies in a mouse model show that the virus can cause inflammation in the brain without actually entering the central nervous system, with activation of brain immune cells called microglia. The same pattern of microglia activation has been observed in autopsied human brains. Again, however, it is unclear to what extent this is a direct result of previous Covid-19 infection or to what extent it directly correlates to Long Covid symptoms.

That leaves the examination of cerebrospinal fluid (CSF), the fluid that surrounds the brain and runs down the spinal cord. CSF samples can be obtained by performing a spinal tap, also known as a spinal tap, a standard procedure when brain infections like meningitis are suspected. Although lumbar puncture is less painful than people anticipate and generally quite safe, it is not something that is done casually and therefore research studies involving the examination of CSF samples often involve a relatively small number of patients. Also, even though CSF comes from the brain, what it contains doesn’t always accurately represent what’s going on in the brain tissue itself.

It’s also important to remember that rates of anxiety disorders, depression, and post-traumatic stress disorder have increased during the pandemic. When symptoms of these conditions appear in people who have recovered from Covid-19, it is unclear whether it is the psychosocial burden of living in pandemic conditions that is responsible, the physical effects of ongoing neuroinflammation or a combination of the two. Due to the stigma surrounding mental illness, it is sometimes difficult to tell patients with Long Covid that one of their problems is depression and that treatment with evidence-based psychotherapy and/or antidepressants might be useful. Here, however, trying to distinguish between what is “physical” and what is “psychological” can be misleading. There is a long literature on the relationship between depression and abnormalities and overactivation of the immune system. Therefore, it would not be surprising to find that psychosocial and immunological factors are involved in Long Covid.

Evidence is mounting that immune system activation is a factor in the cognitive, emotional and neurological symptoms associated with Long Covid, but it’s far from settled science. As a recent viewpoint article in Science noted, “The pathophysiological mechanisms are not well understood, although the evidence primarily implicates immune dysfunction, including nonspecific neuroinflammation and antineural autoimmune dysregulation.” The search for what causes Long Covid and its brain-related symptoms therefore continues.