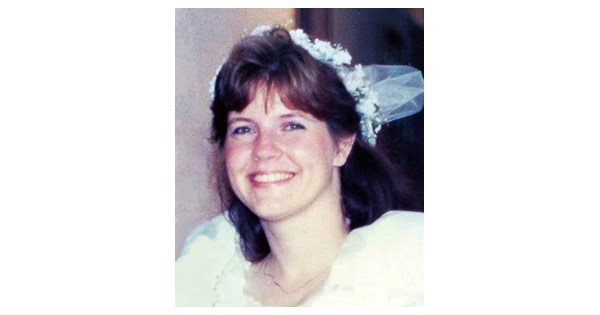 Dr. Marilyn Faye (Marek) Schroer, 66, of Newberry, South Carolina left this life and joined the Heaven’s Angels on Sunday February 13, 2022. Marilyn was born February 1, 1956 in Garland, Texas at Garland Clinic and Hospital to Joe and Faye Marek. She was the eldest of four daughters. Marilyn and her sisters were known as “4 M” because their names were Marilyn, Melanie, Melinda and Melissa. At the age of eight, Marilyn was baptized and confirmed a member of the Reorganized Church of Jesus Christ of Latter-day Saints, which is now known as the Fellowship of the Church of Christ. She sang in the Cantanina girls’ choir in her early church years. From adolescence to adulthood, Marilyn also sang in the adult choir and frequently played the piano and the flute. Often, she sang with her sisters growing up. After getting married and having children, she continued this singing tradition with her husband and two sons. The Schroers’ birthday calls were extra special, as she and her family sang a beautiful rendition of Happy Birthday.

Marilyn attended South Garland High School and graduated eighth in her class in 1974. At South Garland High School, Marilyn was a member of the National Honor Society, Mu Alpha Theta, South Garland Chapter of the Future Homemakers of America (Treasurer) , as well as , the Colonel’s Band/Orchestra. Marilyn attended Graceland College in Lamoni, IA. She enjoyed participating in the Chapel Choir, Band, Orchestra and Service Corps. After leaving Graceland, she remembered that it was a wonderful start for the rest of her life. She said it gave her a strong religious background and she enjoyed meeting friends from all over the world. Some of his treasured memories at Graceland were snowball fights, singing in the choir, playing spades in the Swarm-Inn, January Winter Terms, “studying” at the library, and making lifelong friends. This experience gave him a desire to give back some of the blessings given to him. She graduated Magna Cum Laude in 1978 with a bachelor’s degree in elementary education and a minor in music. Marilyn continued her studies at Texas A&M University to obtain her master’s degree in educational psychology, with a specialization in gifted and talented children (1981), as well as her doctorate. in Educational Psychology with concentrations in Gifted and Talented Children and in School Psychology (1985). Dr. Schroer’s doctoral internship was at the Scottish Rite Hospital in Dallas, working with gifted children who have been diagnosed with learning and attention disabilities. Over time, Marilyn has published a number of articles in the field of education.

In high school, Marilyn gave private lessons to various students. During the summers between semesters at Graceland College, she worked full-time at the Chilton Credit Bureau in Dallas and concurrently as a waitress at Waffle House. After completing her classes a semester before graduation from Graceland, Marilyn began her career as a second-grade teacher in January 1978 at the Rosebud-Lott School District in central Texas, near the where his parents grew up. After Rosebud-Lott, she taught music for a year at Pearl C. Anderson Middle School in Dallas, Texas. She then taught at the University of Texas at Arlington for four years.

On June 17, 1989, Marilyn married Nathan A. Schroer in Richardson, Texas. Shortly after the birth of their first son, Joseph, they moved to Newberry, SC. A few years later, they welcomed their second son, David. When the boys were young, Marilyn worked as a skills development coordinator under a cross appointment at Piedmont Technical College and the Louis Rich Company. In August 1999, Marilyn joined the faculty of Newberry College in South Carolina and taught there until December 2019. Upon re-entry in December 2019, Dr. Marilyn Schroer, Associate Professor of Psychology, received the honor of outgoing professor with emeritus status.

Marilyn was preceded in Heaven by her parents, Joe and Faye Marek; and her stepmother, Dorothea Schroer. She will be remembered by Nathan, her husband of 32 years; as well as his sons and their wives, Joseph and Kasey Schroer of Chapin, SC; David Schroer of Newberry, South Carolina; Jonathan and Yulia Schroer from Munich, Germany; and Matthew and Mary Talmage Schroer of Lafayette, Colorado. She leaves behind two grandchildren. Marilyn will be sadly missed by her sisters and their husbands, Melanie Olmstead of Independence, MO; Melinda and Ernest Janecka of Terrell, TX; and Melissa and Gary Hutchison of Garland, TX; his nieces and nephews, Russell Smith and his wife Kristen; Tiffany Rondomanski and her husband Christopher; Stephanie Olmstead and her partner Christopher Lackey; Joshua Janecka; Brittany Gordon and her husband Scott; Jordan Hutchison; and Jason Hutchison and his wife Marley; his loving aunts are, Raye Beinhauer (twin sister of his mother) of Temple, TX; Eva Malone of Lucas, Texas; Flora Ann Kenworthy of Lee’s Summit, MO; Raye McIntosh of Pearland, TX, and Ann Marek of Temple, TX. She is loved by her adorable cousins ​​and many other relatives and friends. His lifelong friends are Dorothy Schulze Pool from O’Banion Junior High and South Garland and Elizabeth Raney Couper from Graceland College.

Marilyn was a faithful servant of her Lord and Savior Jesus Christ every day of her life. She touched the souls of many people. His teaching has blessed young children to college students over the years. She is much loved, and her sweet smile and Texas “Hi, y’all!” will be greatly missed. Marilyn’s many friends and family are impatiently awaiting this glorious day when all will be reunited in paradise once again.

The family suggests that memorials be made at Newberry College, 2100 College Street, Newberry SC 29108.

Memories and condolences can be shared at https://www.cook-gerngross-green-pattersonfuneralhome.com/ and whitakerfuneralhome.com.

Published by The Bryan-College Station Eagle on February 23, 2022.

Examination for CAPF officers to have a psychic test like for the armed forces, DIPR to draw the roadmap