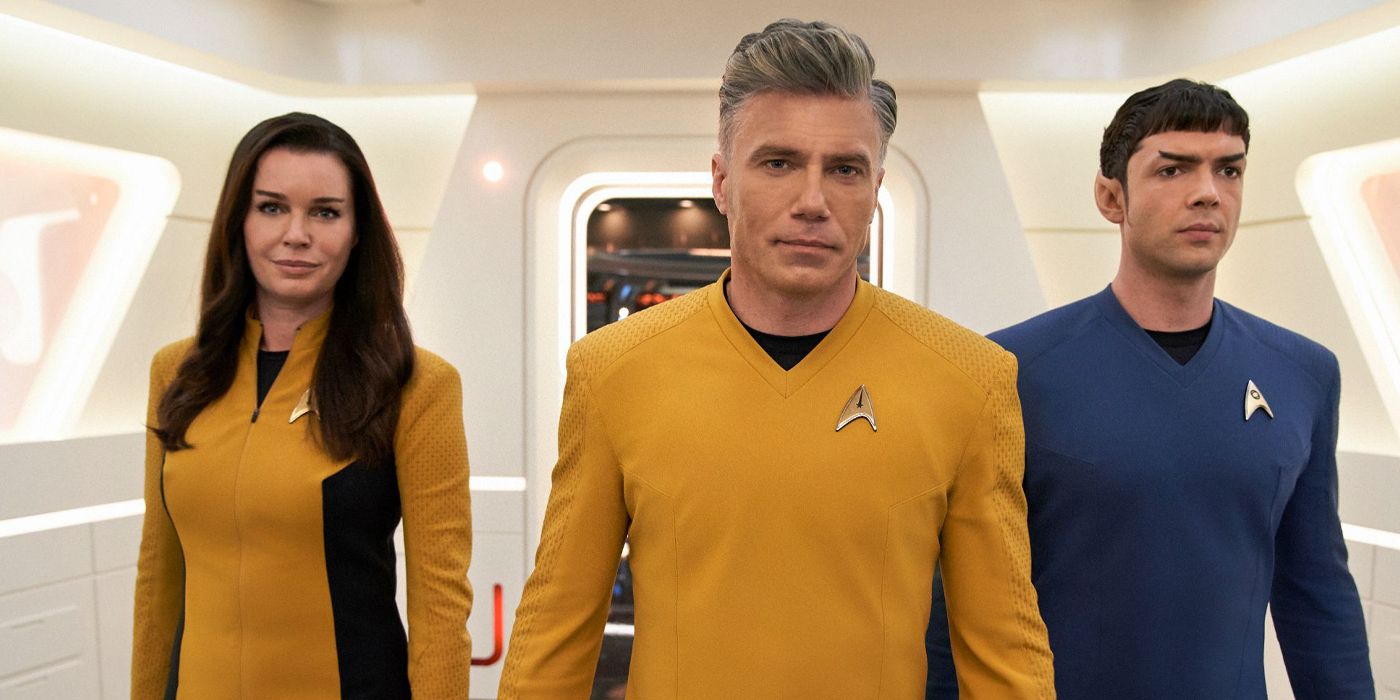 Marvel, Star Trek and House of The Dragon lead Saturday

After two long years of caution, San Diego Comic-Con returns in late July as an in-person event for the first time since 2019. Fandom’s biggest party is back and all your favorite movie and TV franchises are flocking to Sunny California to answer questions, share behind-the-scenes stories and tease what’s to come. Earlier this week, we saw what to expect for Thursday’s panels, including the upcoming Disney+ series. National Treasure: Edge of Historya special preview of Teen Wolf the movieand a panel of everyone’s favorite teachers with Abbott elementary class in session. Collider is also honored to present an exclusive world premiere of Dan Trachtenbergis to come Predator prequel, Prey. The premiere is scheduled for Thursday night at 8:30 p.m. with a cast and Q&A crew to follow.

COLLIDER VIDEO OF THE DAY

We also went through Friday’s schedule where The Walking Dead fans can get an exciting taste of the new spin-off series Tales from The Walking Dead with cast and creatives discussing the anthology series, plus a panel for the latest episodes of the landmark series. Friday also has a great panel for Amazon Prime paper girls series adaptation, a celebration of the long-running Bob’s Burgers animated series, and an exclusive screening of the first episode of Archer Season 13.

We also got a taste of what’s to come on Saturday with Paramount+ unveiling its Star Trek Universe panel and Dwayne Johnson teasing a panel with the cast and crew of his upcoming DC superhero movie black adam. In addition to viewing panels, many franchises offer interactive experiences you can participate in, including a Dungeons & Dragons: Honor Thieves tavern and star trek‘s beloved 10 Forward Bar. In years past, Saturday has typically been the headliner at San Diego Comic-Con with Hall H and Ballroom 20 filled to the brim with eager fans waiting for some exciting news. Here are the best panels you can’t miss on Saturday.

Stranger Things: Choices and Odds in Life’s Dungeons and Dragons!

This is the cast of the hit series from Paramount+ Bad! Now in its third season, the critically acclaimed psychological mystery examines the origins of evil along the dividing line between science and religion. The series centers on a skeptical psychologist who joins a priest and an entrepreneur as they investigate the church’s backlog of unexplained mysteries, including supposed miracles, demonic possessions, and hauntings. Their job is to assess if there is a logical explanation or if something truly supernatural is at work. Stars of the series Katja Herber, Mike Colter, Asif Mandvi, Christine Lahti, and Kurt Fuller host an exclusive preview of a season three episode followed by a moderated panel discussion.

Stunning writers, animators and special guests reveal the adventures planned for The simpsons in season 34 and beyond. Take a look at Treehouse of Horror XXXIII. . . and the never-before-seen Halloween bonus episode! It’s true: Two Halloweens in 2022! Secrets will be revealed! The games will be played! And freebies, including original artwork, will be offered! Live in person for the first time since 2019 – come and be amazed at how the panelists let our bodies go!

This is the ultimate fandom mashup! The Official TV Magazine brings together an array of stars from some of your favorite genres for an animated hit that always pleases. From personal stories of fan encounters and behind-the-scenes antics to their own TV obsessions and an expanded Q&A audience, you’re in for a great time (you’ve waited three years!).

The Star Trek Universe panel returns to Comic-Con, with exclusive back-to-back conversations with the cast and executive producers of Star Trek: Picard, Star Trek: Lower Decks, and Star Trek: Strange New Worlds to discuss the latest seasons of their hit series and tease what’s to come, along with some reveals and surprises.

Anne Rice’s Interview with the Vampire

An epic tale of love, blood and the perils of immortality based on Anne Rice’s bestselling novel Interview with the Vampire premieres this fall on AMC and AMC+. The EPs and cast discuss the creative process and bring these iconic characters to life on the small screen for modern audiences and share some behind-the-scenes anecdotes from filming in New Orleans. Plus, a sneak peek at the start of the series’ official trailer.

Get ready to step into The Dreaming as the live-action adaptation of Neil’s Gaiman’s beloved DC comic book series arrives in Hall H at San Diego Comic-Con. There’s another world waiting for us when we close our eyes and sleep – a place called the Dreaming, where The Sandman, Master of Dreams (Tom Sturridge), gives shape to our deepest fears and fantasies. But when Dream is unexpectedly captured and held prisoner for a century, his absence triggers a series of events that will forever change the worlds of Dream and Eve. The sand man is a rich, character-driven blend of myth and dark fantasy woven together over 10 epic chapters following Dream’s many adventures. Be among the first to find out what’s in store for you in this groundbreaking series, plus some exclusives and surprises from Comic-Con. This will be a special video presentation followed by a Q&A with the stars of the series and the producers. From Warner Bros. Television and based on the DC comics, Season 1 of The sand man debuts August 5 on Netflix.

From executive producer and Emmy Award-winning creator Seth MacFarlane, The Orville is finally back for Season 3 and on HULU. The complete crew of the USS Orville—Penny Johnson Jerald, Scott Grimes, Peter Macon, Jessica Szohr, J Lee, Anne Winters, Mark Jackson, and Chad L.Coleman—plus executive producers David A. Goodman and Brannon Braga and co-producer Tom Constantino talk all things Orville and get an exclusive first look at an upcoming Season 3 episode.

Critical role: questions and answers with the actors

For the full Saturday schedule at San Diego Comic-Con, check out the website.

Free will, restaurants and eating disorders

Apply for Aviation Officer Other Positions at upsc.gov.in | Read details inside