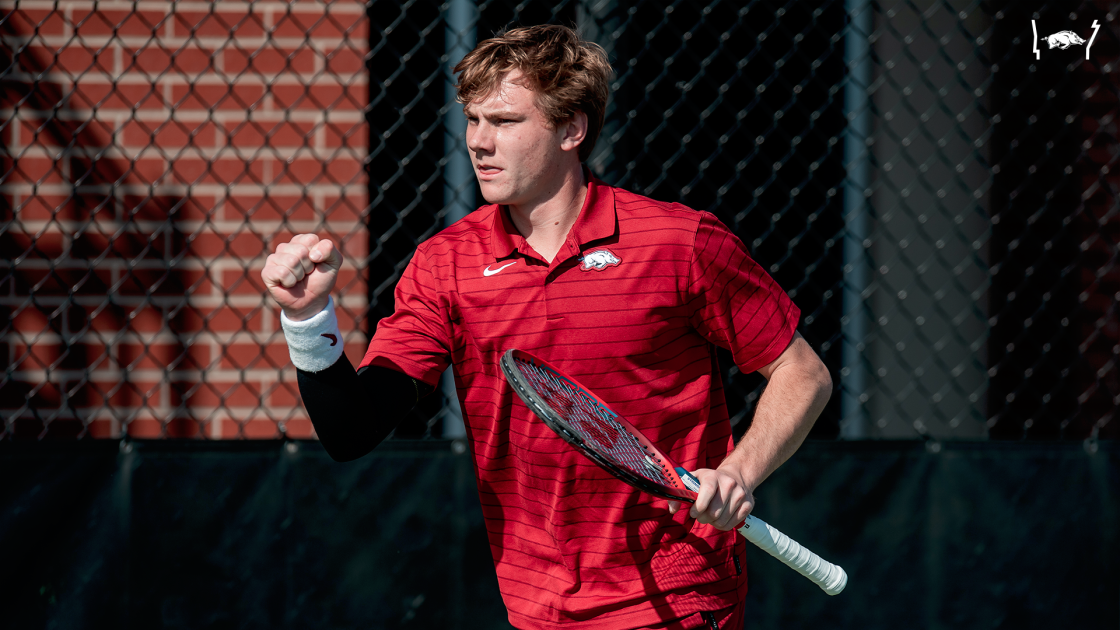 WICHITA, Kansas – The Arkansas men’s tennis team completed its first day of the ITA Fall Tour with all six Razorbacks advancing to the Round of 16 and three advancing to the quarterfinals tomorrow.

The Razorbacks picked up nine total wins on the day, with each Razorback winning their Round of 16. Junior Adrien Burdet won the first set tiebreaker 7-6 (11-9) and won the second set, 6-1 for his victory. Jake Sweeney split sets in his opener, winning the third set tiebreaker 1-0 (10-6). Junior Foster Rogers completed the Razorbacks’ first-round victories with a straight-sets, 6-2, 6-2 victory.

Arkansas continues to play on the ITA Fall Tour tomorrow with quarterfinal matches beginning in the morning. For all information regarding the tournament, visit the tournament website to find links to draws and results.