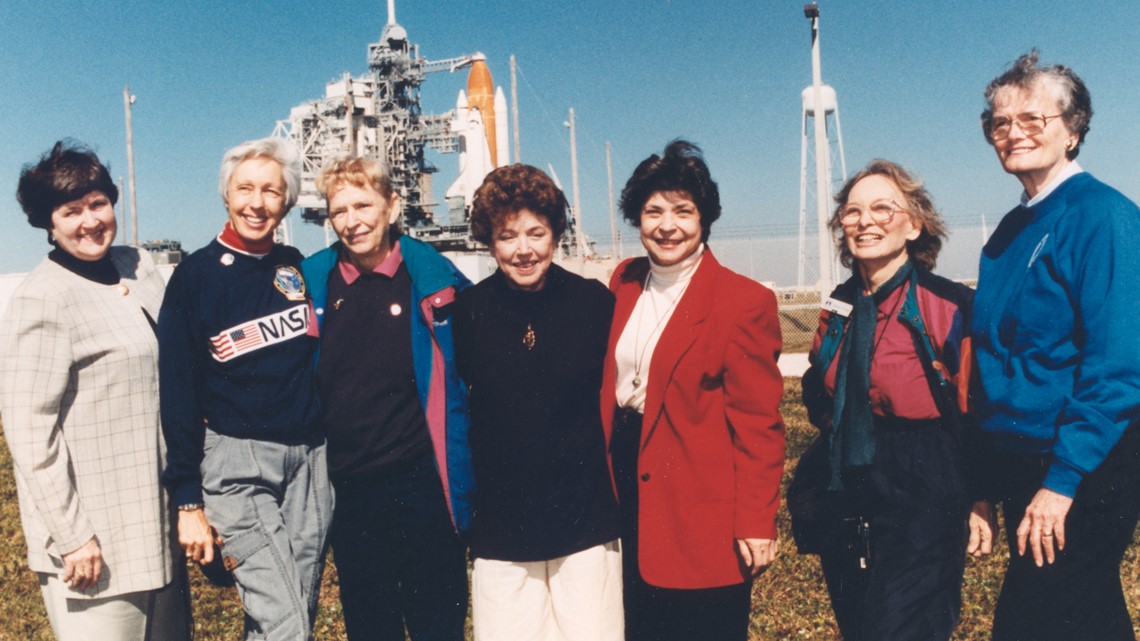 The good ol ‘boy mentality of the 1960s kept the 13 accomplished pilots from spending their time among the stars.

WASHINGTON, DC, USA – As the world watched in awe of NASA’s accomplishments in the 1960s, behind the scenes were a group of women outperforming their male counterparts in rigorous astronaut training.

Why is this the first time you’ve heard of it? Well, back then, they were just the wrong sex back in the “good old boy club” days.

It was not an official NASA program, but ended up being a missed opportunity for the country’s main space agency to select its first female astronauts from a group of highly decorated pilots.

RELATED: After being ignored as an astronaut for over half a century, aviation pioneer Wally Funk will get her moment in space

It all started when award-winning pilot Geraldyn “Jerrie” Cobb was invited to undergo physical tests developed by the Lovelace Foundation of New Mexico for the purpose of helping NASA in its search for astronauts.

The tests increased in publicity when Cobb’s success was announced at a conference in Stockholm, Sweden. According to historical accounts, aviation pioneer Jacqueline Cochran, who was the first woman to fly faster than the speed of sound, was next and even paid for all other female tests.

By 1961, Lovelace had a total of 19 qualified pilots who passed the rigorous fitness exams at his clinic. During the tests, the women were subjected to multiple x-rays, a four-hour eye exam, forced to swallow a rubber tube to test their stomach acid, and pushed to exhaustion on a weighted stationary bike. .

The group were also given injections of ice water into their ears in an attempt to see how quickly they recovered from dizziness and their nerve reflexes were tested with electrical impulses. According to NASA, three of the women also participated in a more in-depth examination that included an isolation test and a psychological assessment.

In the end, 13 of the 19 women tested passed the exam and even outperformed many of their male counterparts vying for a chance to go beyond Earth’s atmosphere.

And while it looked like at least some of the women had a chance to spend their moment among the stars, they were eventually asked to step down when all of the men were chosen to put America in the race for it. ‘space.

A telegram informing the women of the end of their program abruptly interrupted the dream they had all worked so hard for.

Not ready to give up the fight, Cobb flew to Washington, DC to reinstate the FLAT program, letters were written to President John F. Kennedy, and a visit was paid to Vice President Lyndon B. Johnson.

Mercury 13’s efforts temporarily bore fruit in 1962 when public hearings were held on the issue of gender discrimination, but male NASA officials and astronauts testified “women could not qualify as candidates. astronauts â€.

RELATED: It’s been 38 years since the first American woman went to space

At the time, NASA required all of its astronauts to graduate from military jet pilot programs and have an engineering degree – requirements women were unable to meet in 1962.

â€œI contacted NASA four times. ‘I said I wanted to be an astronaut’ but no one took me. I didn’t think I could ever get on,â€ Funk said.

It will take another 23 years for NASA before America’s first female astronaut, Sally Ride, takes to space as a mission specialist on STS-7. Add 12 more years to Eileen Collins to become the first American woman to pilot the space shuttle during the STS-63 mission of 1995.

Here are the names of the trailblazers who inspired generations of women like Ride and Collins to shoot for the stars:

RELATED: NASA At 62: A Look Back At Some Of The Women Who Built The Space Agency

DVIDS – News – USACAPOC (A) and MDO interoperability at JWA