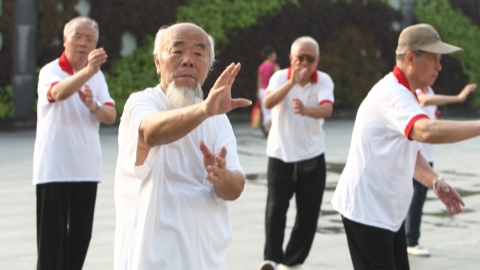 More psychiatrists and psychotherapists should be trained so older people with depression can access better treatment, local policy advisers suggest.

They also believe that online systems should be developed to screen, consult and encourage older people to participate in more social activities and events.

Depression in the elderly is the most common mental illness among the elderly, said Zhu Hong, general secretary of the non-Communist political party Jiusan Society Shanghai Committee, and three other CPPCC members in their joint proposal to the fifth session. ongoing plenary of the CPPCC.

This can worsen physical illnesses already suffered by older people and lead to higher death rates, they said.

Statistics show that the rate of depression suffered by people over the age of 55 has reached 10-15% and the death rate has reached 30%.

“We conducted surveys in three districts and some nursing homes and found that (depression) has become a serious social problem,” Zhu told the Shanghai Daily. “So we think that should raise more concern in society.

“Public awareness of depression in the elderly and the training of physicians in the field must be improved, as well as prevention and nursing care.”

Their survey in Huangpu, Fengxian and Songjiang districts found that around 3.5% of elderly respondents suffered from anxiety, while 6.5% suffered from depression.

The incidence of depression was found to be higher among the women surveyed than among the men. People who were divorced, living apart or had lost a partner were more likely to be depressed.

The CPPCC submission proposes measures to help the public understand depression in the elderly and treat it appropriately.

It also suggests strengthening the training of physicians who are not specialists in depression in the elderly, particularly those who work in community health centers.

More professionals should be cultivated to work in hospitals and communities should be encouraged to organize more events and care for older people at risk of depression.