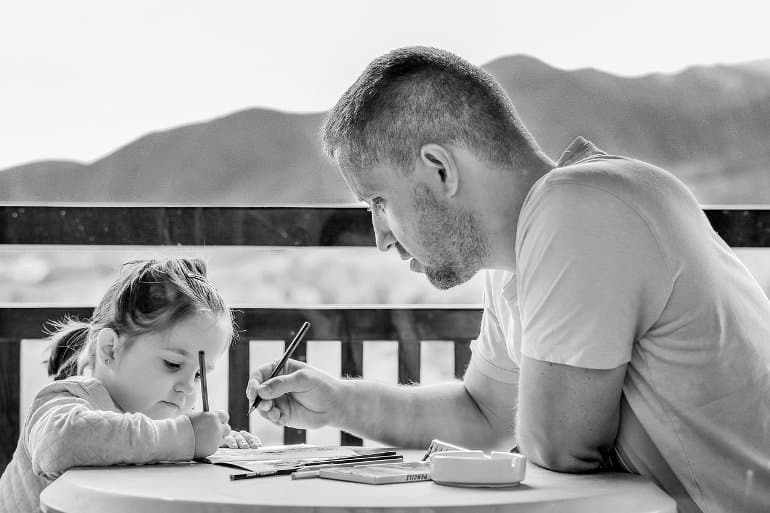 Nature through education: how parents’ cognitive and non-cognitive skills influence their children’s education

New research from the Institute of Psychiatry, Psychology and Neuroscience (IoPPN) at King’s College London shows that genes in parents linked to cognitive and non-cognitive skills both affect children’s educational outcomes.

The research, published in Nature Communication, studied the school records and genetic data of over 40,000 children in the UK and the Netherlands, and found that parental genes can influence their children’s academic performance through the environment they create , even when the genetic factors are not inherited. This is called an “indirect genetic effect”.

The researchers argue that understanding the mechanisms underlying the transmission of educational outcomes from parents to their children could help inform future strategies to address inequalities in education.

In education, “non-cognitive skills” is an umbrella term used to describe characteristics such as academic motivation, social skills, learning strategies, and persistence. “Cognitive skills” refer to traits like working memory and verbal IQ. Previous research has investigated the extent to which children’s non-cognitive skills can influence their own academic performance.

However, little research has been conducted on the role of parents’ non-cognitive skills.

Moreover, research on how parents affect the upbringing of offspring has generally not taken into account genetic inheritance, which is necessary to establish how much parents’ genes actually affect children across the lifespan. ‘environment.

The researchers compared school performance from three datasets – the UK Biobank, the UK Twins Early Development Study and the Netherlands Twins Register – to establish the environmental effects of parents’ genes on their children’s school performance. Educational outcomes for participating children included standardized test scores and teacher-reported grades, as well as the total number of years they were in education.

They established that parental genes for cognitive and non-cognitive skills that are not inherited by their children always influence their child’s academic achievement. A parent’s genetic disposition can still be passed on to their child even if it is not inherited, as they are more likely to create an environment in which perseverance can flourish.

Although these genes are not passed on to children, they have a social impact through the environments created by parents.

“Classic parenting might be important – for example, genes influence parents to teach their child to stay focused and motivated. But broader mechanisms are also key – for example, genetic predispositions play a role. in a parent’s decision to move to a certain neighborhood, which in turn influences a child’s upbringing,” said Dr. Rosa Cheesman.

Perline Demange, the first author of the Vrije Universiteit study, said: “We didn’t just use one genetic design in one dataset. The fact that our results have been widely corroborated across different methods and across studies gives us confidence to say that the parental environment associated with cognitive and non-cognitive skills is important for the academic success of their children.

“Education is highly predictive of social mobility and health over a person’s lifetime. By understanding the conditions for success, we can help inform policy to give future generations the best possible start.

About this Neurodevelopment and Genetics Research News

Understanding how the cognitive and non-cognitive skills of parents influence child rearing is essential for educational, family and economic policies.

We use genetics (GWAS-by-subtraction) to assess a broad dimension of latent non-cognitive skills. To index parental effects controlling genetic transmission, we estimate indirect parental genetic effects of polygenic scores on childhood and adult schooling outcomes, using siblings (NOT= 47,459), adopted (NOT= 6407), and parent-child trios (NOT= 2,534) in three UK and Dutch cohorts.

The Secrets to Nurturing Charisma