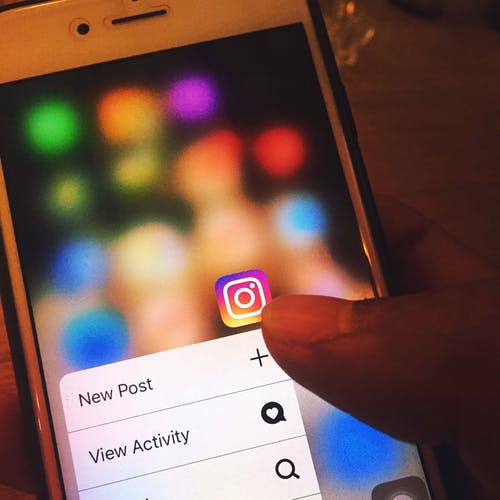 Research has shown that there is evidence that variations in a person’s genetic code for the oxytocin receptor (OXTR) could explain different interpersonal behaviors. According to a new small-scale study from the Society for Endocrinology and published in the journal Heliyon, who examined the link between “oxytocin receptors, adult attachment, and social media use,” people with a specific variant of the genetic coding of the oxytocin receptor “tend to follow more people on Instagram ”. This suggests that the receiver can influence the use and socialization of social media.

The preliminary study could lead to future investigations designed to develop a better understanding of the relationship between genetics and environmental factors that impact “a person’s sociability, particularly in an online context,” wrote team, further explaining that “Oxytocin acts as a messenger chemical and plays an important role in many human behaviors, including sexual arousal, recognition, trust, romantic attachment and mother bonding. -child.

In a previous review article published in the journal Psycho-neuroendocrinology, the researchers also noted, “In a safe environment, oxytocin can promote prosocial behavior, while in an unsafe environment, it can encourage more antisocial behavior. The current study looked specifically at OXTR variants, attachment, and online socialization, suggesting that “attachment refers to an individual’s emotions and behaviors in close relationships.”

Dr Gianluca Esposito of the Department of Psychology and Cognitive Sciences at the University of Trento in Italy and Nanyang Technological University in Singapore, the author of the study, said: “Considering the central role that sites social networks, [like] Instagram, playing in our daily lives, we conducted a multidisciplinary study to explore the mechanisms governing social interactions online.

He and his colleagues recruited 57 students aged 30 and under at Nanyang Technological University. The students all had Instagram accounts and had no history of neurological, psychiatric or genetic disorders. The team swabbed each participant’s cheek to collect their DNA and asked them to complete a survey to determine attachment style. The team then tracked Instagram usage using software that analyzed each participant’s account, including the number of posts, the number of accounts they followed, and the number of people who followed them.

The researchers suggested, “The interplay between each participant’s OXTR polymorphism and their attachment style would affect the number of posts and the ratio of followers to people who follow them on Instagram.” And, they found: “Participants with the single nucleotide polymorphism variant rs53576 and genotype AA in the oxytocin receptor gene OXTR followed more people on Instagram than participants with the G allele. the case [regardless of] the participant’s attachment style.

Esposito explained, “The study found potential associations between Instagram use, genetic predispositions, and the anxiety or avoidance experienced in close relationships. For example, the number of accounts a person follows on Instagram can be linked to the user’s genotype in specific parts of the oxytocin receptor gene. The results demonstrate the significant contribution of environmental and genetic components when examining human behavior on social media platforms.

Esposito warned, however, that “the current results should be interpreted with great caution in the panorama of genetic association studies. This is a small initial survey of the phenomenon and should be followed in different countries, as well as in larger samples. If the research continues, it may provide more evidence of the link between the oxycontin receptor and the influence and use of social media.