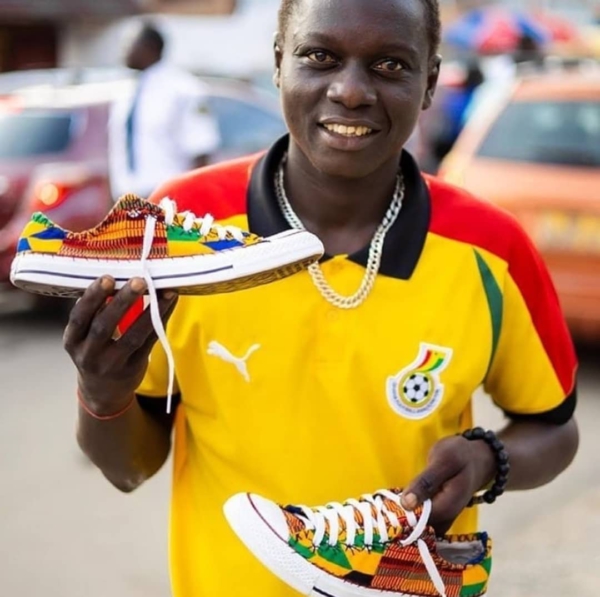 The police hospital under the instruction of the IGP, Dr. George Akuffo Dampare, on Monday provided psychological support to the owner of a shop threatened by a Lebanese in Osu.

According to the Police in a Facebook post, the presence of a clinical psychologist became necessary after a telephone conversation with the victim.

The IGP contacted the victim on Tuesday, a day after the incident and according to the interaction he “appeared traumatized by the incident”.

Meanwhile, the Lebanese, Osman Brustani, has been arrested and is in custody.

On Monday, he drew a sword against the entrepreneur selling kente fabric shoes.

According to reports, Brustani launched an attack because he was asked to park his vehicle in an appropriate location since his previous location affected the shoe salesman.

In the viral video, the Lebanese can be heard saying “Get out. I’m going to cut your neck,” while illustrating how he would slit the store owner’s throat.

According to the police, the suspect will be subject to the due process of the law.

Meanwhile, the police assured the public that “we will continue to maintain law and order in this country”.

The Service therefore sought the support of Ghanaians in carrying out its mandate.

Is the Easter bunny real? How to respond, according to a psychologist