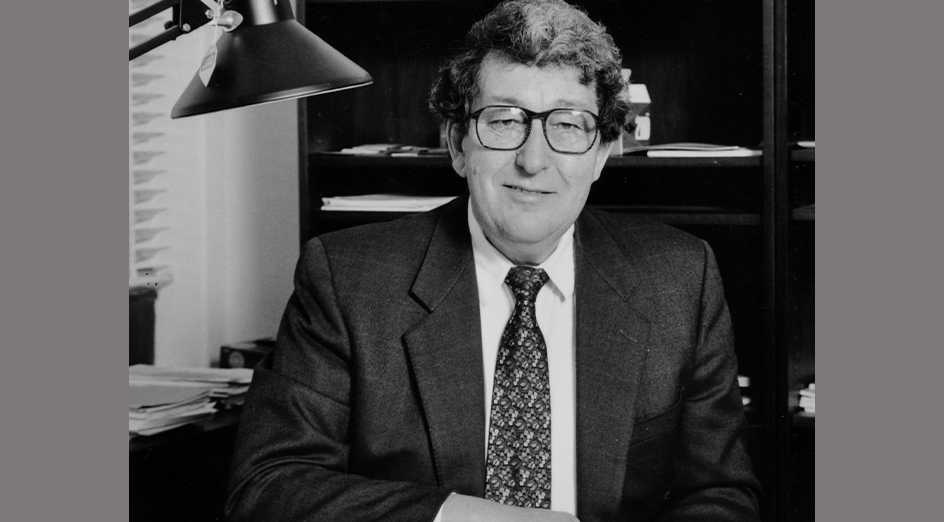 The University of Western Australia sends its condolences to the Ross family. Professor Simon Farrell, Director of the School of Psychological Sciences at UWA, said Professor Ross was a long-time founding member of the School and a true world leader in psychophysics research.

“John could be impatient, intolerant and cantankerous. But he was always interesting: quick, smart and brimming with charisma. faithful. “

John was born in Ganmain, NSW, and was one of the first psychology students at the University of Sydney. He won a prestigious Educational Testing Service scholarship for postgraduate study at Princeton, where he earned a doctorate in psychology, with a thesis on human memory.

He returned to Australia as a lecturer in psychology at the University of Western Australia, Perth, where he quickly rose through the ranks to become a professor before he turned 40, and remained at UWA for his whole career, very successful. He has held many important positions including Head of Department, Deputy Vice-Chancellor for Research and Chair of the National Health and Medical Research Council of Australia’s Strategic Planning Committee. In 1993, he was named Professor Emeritus and continued his studies at the School of Psychology on an honorary basis until 2018.

I met young Professor Ross in my first year of psychology at UWA in 1972. He immediately impressed me. His style was confident and exuberant, his lectures enthusiastic, vibrant and motivating. We were all somewhat intimidated by his intelligence and charisma, but I found the courage to ask him to supervise my honors thesis: and that small step initiated a lifelong collaboration for which I am deeply grateful.

Picture: Professor John Ross at his desk in the 1990s.

The 1970s were a heady time for vision research. Hubel and Wiesel at Harvard had just published their Nobel Prize-winning experiments on the function of the mammalian visual cortex; Fergus Campbell at Cambridge had introduced Fourier’s powerful approach, first to physiological optics and then to vision; and Bela Julesz of Bell Labs had invented the seemingly magical Random Dot Stereogram, which tricked the stereopsis depth system to bring out hidden objects from random noise images.

John worked in the most isolated city in the world – far from the prestigious centers of Cambridge, Harvard and Bell Labs – but his laboratory and his research were absolutely cutting edge. With characteristic entrepreneurial intrigue, he had acquired disused oscilloscopes and Digital PDP-8 computers from NASA’s tracking station at Carnarvon (north-west Australia) after the conclusion of the Apollo spacecraft program.

Picture: Professor John Ross with his Betagraph in 1975.

With this modest piece of equipment, John had a brilliant idea: he programmed the computer to display one point at a time on the oscilloscope screen, in random positions, rather than trying to scan the screen systematically like a conventional TV, which is not computer controlled. the hardware could do at the time. By programming in machine language, single dots could be displayed fast enough to make it look like many dots at once. With this technique, he could do subtle point manipulations, such as introducing binocular disparity (differences in position for each eye) at certain points, to create the illusion of depth; and time delays to study time dynamics.

Not only could he get these tiny computers (with 16 kilobytes of memory!) to generate the random dot stereograms for which Bela Julesz needed the seemingly limitless computing power of Bell Telephone Laboratories, he could do it. on the fly (whereas Julesz stereograms took hours of computation), and could therefore study temporal dynamics. Thanks to this technological advantage, it was able to make several fundamental contributions and was quickly recognized by major players.

From my earliest days as an undergrad, John gave me the freedom and encouragement to work on my own projects; but he was always ready to help and advise, and eager to share the excitement of the search. After I left Perth in 1976, we continued to work together in a very fruitful collaboration, which lasted over 40 years. Perhaps the most exciting times were after his official retirement, when the professor emeritus was given the freedom from teaching and administrative duties to pursue his passion. With no motivation other than the sheer joy of experimentation, the childish pride of being published in Nature and showing off at conferences, he embarked on a journey of scientific discovery of the human visual system.

John’s scientific career has covered many aspects of psychology and perception: he started with memory and then moved on to perception, where he made his most important contributions. He has worked on stereopsis (the three-dimensional depth now popular in movies), on the perception of movement, and especially on how eye movements explore the world and their consequences on perception. All of John’s work was original and creative, never progressive. Much has been published in Nature, the most prestigious of all scientific publications, where he can boast about ten publications: very few scientists can match that.

Picture: Fascinated by all aspects of science, Professor John Ross.

Our latest venture, conceived during a sabbatical in Perth in 2007, was to introduce the study of numberedness – the number of elements we perceive – into traditional psychophysics: ‘a visual sense of number’. John has long been fascinated by how we can estimate the number of items at a glance, such as those generated by the old PDP-8 computer. This led to solid experimental ideas, then to founding an important new line of research, published in the prestigious journal Current Biology: at 77.

Neuroscience research was John’s passion, but far from his only interest. He was fascinated by all branches of science, especially physics and mathematics: and was a fairly competent mathematician. He was also extremely fond of and knowledgeable about art, and was a talented draftsman himself. He had great interests in music, literature, film and theater. He wrote like an angel (and not just about science), and told a great after-dinner story. He enjoyed virtually all sports and excelled in several, especially tennis.

It would be inaccurate to say that John was an easy person: he could be impatient, intolerant and cantankerous. But he was always interesting: quick, smart and oozing charisma by the bucket load. And while he tried hard to hide it (in fine Australian tradition), he was also very affectionate, generous and loyal.

I cannot overstate how important John was to me: as a mentor, collaborator and friend. He is survived by his devoted wife Kerry, his children David and Sue, his stepson Toby and many grandchildren and great-grandchildren. He will be greatly missed by all of us. But I’m sure we can all agree that John was blessed with a long, purposeful, happy and fulfilling life: and that he can now truly rest in peace.

Images at the top of the page: (left) John Ross, Monty Sala and Geoff Holt in the laboratory in the 1970s and (right) John Ross and Monty Sala.