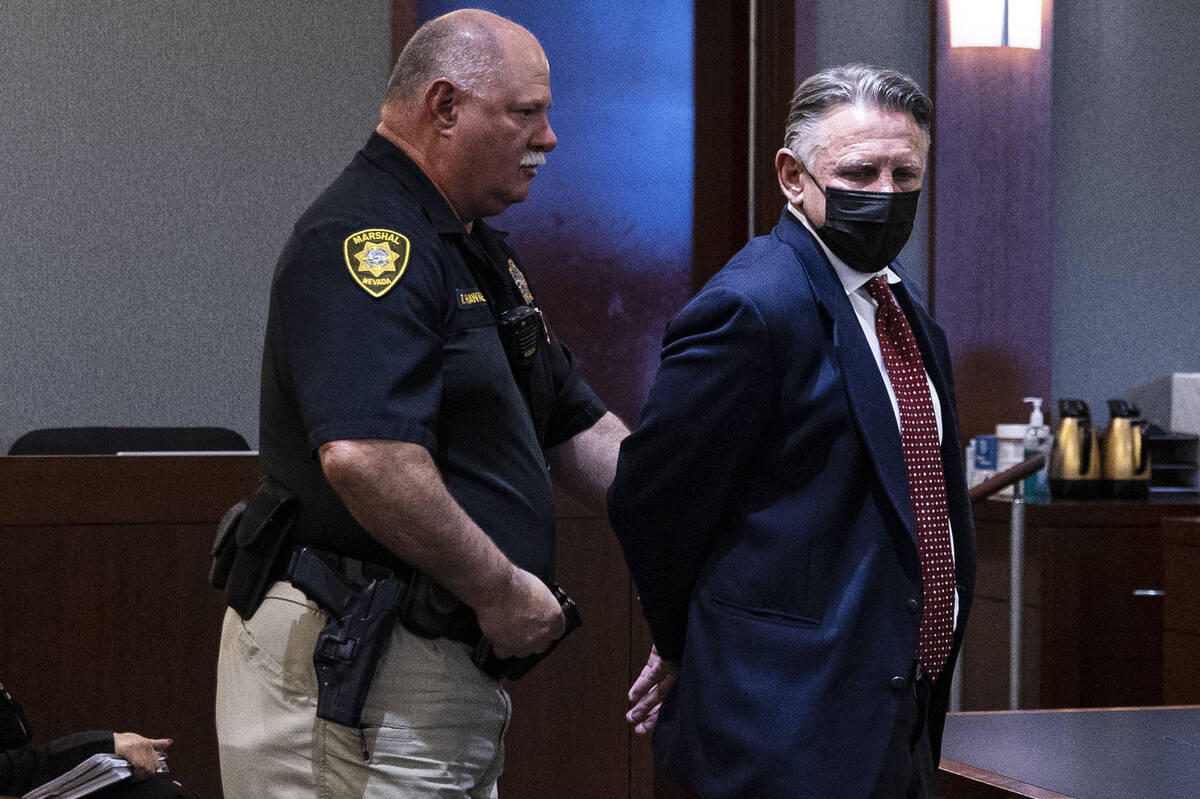 Dozens of friends and relatives crammed into a Las Vegas courtroom on Tuesday as a Henderson psychologist was sentenced to a maximum of 10 years in prison for killing his wife in 2015.

Among those who testified was Natalie Tyrrell, Chief Justice of the Peace for North Las Vegas and best friend of victim Susan Winters, a 48-year-old attorney who also worked as a part-time judge in North Las Vegas.

In January, Gregory “Brent” Dennis, 59, pleaded guilty to voluntary manslaughter by what is called an Alford plea, which means he only admitted that prosecutors had enough evidence to prove his guilt. Defense attorneys previously indicated they were ready to take the case to court, but it was delayed in September 2020 due to the COVID-19 pandemic.

Dennis had a local practice, Boulder City Mental Health Clinic, which was part of the investigation.

District Judge Michelle Leavitt sentenced Dennis to between three and 10 years in prison.

The case divided the Winters and Dennis families. Dennis and the couple’s daughters say Winters died by suicide, while the woman’s parents claim she was killed.

Prosecutor Marc DiGiacomo said Tuesday the girls, who were teenagers when their mother died, wanted no restitution from their father, with whom they live.

During the sentencing hearing, defense attorney Richard Schonfeld read a statement written by the girls: “The past seven years have only confirmed our love and support for our father; despite the difficulties, our bond is stronger than ever.

Reading a statement Dennis had written, Schonfeld said Dennis agreed to the plea bargain to save his family from “going through the stress of a trial.”

Winters was found dead at the couple’s home in January 2015. Her death was initially ruled a suicide, but Dennis was arrested for murder in February 2017.

At a hearing in January, DiGiacomo said the case was “very complex with a lot of circumstantial evidence.”

About two months after Dennis’ arrest and following Las Vegas Review-Journal articles that raised questions about Winters’ death, the Clark County Coroner’s Office changed the manner of death to “undetermined.” , indicating that investigators could not determine whether it was a suicide or homicide.

The coroner’s office had previously concluded that Winters died by suicide, based primarily on information provided by Dennis, after consuming a lethal amount of prescription painkillers and antifreeze. Investigators later determined that Dennis lied to police about his wife’s death and had a financial motive to kill her, according to his arrest report.

Dennis suffered from a cocaine addiction and allegedly inherited about $2 million, including a $1 million life insurance policy upon the death of his wife, prosecutors said. Dennis had also researched the Internet to find out how long it would take ethylene glycol, used in antifreeze, to kill a person.

After Winters took the opioid pills, Dennis “waited for her to stop breathing” before calling 911, prosecutors said. He also issued a do-not-resuscitate order for her in the hospital.

Prosecutors also said Dennis took money from his wife’s bank account before she died and then deposited a check for $180,000 into his own account.

Friends and family of Winters described her on Tuesday as a happy and intelligent woman. She grew up in Oklahoma and was a prolific athlete in school, playing softball and basketball and competing in track and field.

“Susan was her own person from an early age,” said her mother, Avis Winters.

She graduated from the University of Oklahoma Law School in 1990. Tyrrell said he met Winters after moving to Las Vegas in 1991, and they took the state bar exam together to start law school. work as lawyers.

“The loss of my daughter has created a void in my heart that will never be filled,” Avis Winters said. “I miss her every day.”

After Leavitt imposed the sentence, Dennis was led out of the courtroom in handcuffs to cries of “we love you” from his family.

Susan Winters’ aunt Helen Biddy told the judge her close-knit extended family is now separated from the woman’s daughters, who are named after their maternal grandparents.

“Nothing will erase the memory of what happened to Susan, but hopefully after today we can start the healing process,” Biddy said.