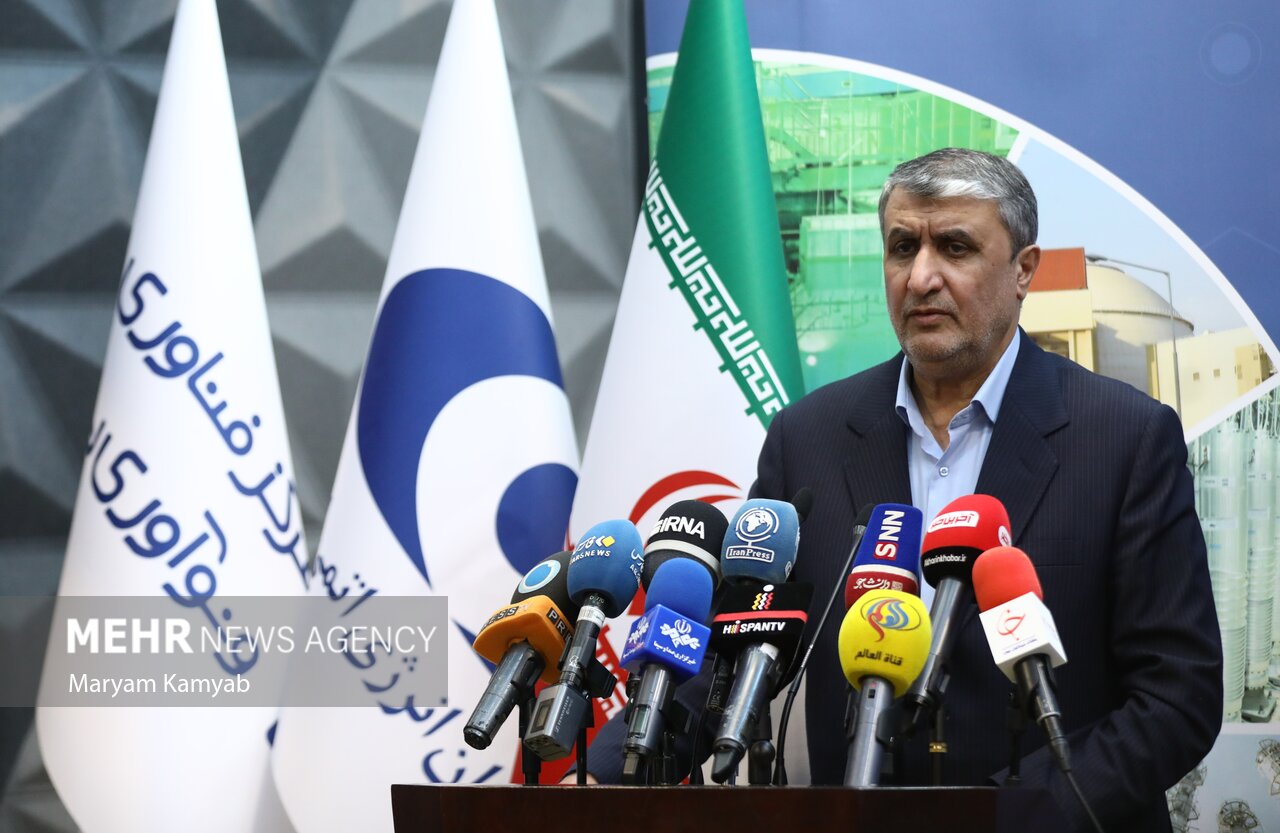 Stating that international organizations should not abuse their power, Mohammad Eslami, in an interview with the Tasnim news agency, said that Iran has 3% of the world’s nuclear capacity, but more than 25% of inspections were made in Iran.

Referring to the propaganda made against Iran’s nuclear program by some countries, he added that these actions are in line with the policy of psychological and political pressure, as well as maximum pressure against the Iranian nation.

He also pointed to the anti-Iran draft resolution submitted by the United States and E3 to the IAEA Board of Governors, saying that the submission of the draft resolution against the Iranian nuclear affair to the Board of Governors was the last test of enemies. “We answered them in a completely legal way, and if they want to respect the treaty, everything that is agreed there cannot be implemented either as one word more or as one word less.”

Following the publication of a recent report by Rafael Grossi, Director General of the International Atomic Energy Agency, as well as efforts by three European countries and the United States to draft an anti-Iran resolution in IAEA Board of Governors, officials of the Islamic Republic of Iran have explicitly stated that Iran will respond quickly and effectively to these actions, and the countries that are pushing for the adoption of an anti-Iranian resolution by the United Nations nuclear watchdog will be responsible for all consequences.

The IAEA received documents provided by Israel on Iran’s nuclear program, which Tehran rejected as fake and fabricated by MKO terrorists.

Following this visit, the IAEA Board of Governors passed a resolution accusing Iran of not cooperating with the agency, which took the Islamic Republic by surprise.

Iran’s response was quick and decisive, saying it had “taken practical countermeasures, including installing advanced centrifuges and disabling cameras operating outside the safeguards agreement.”