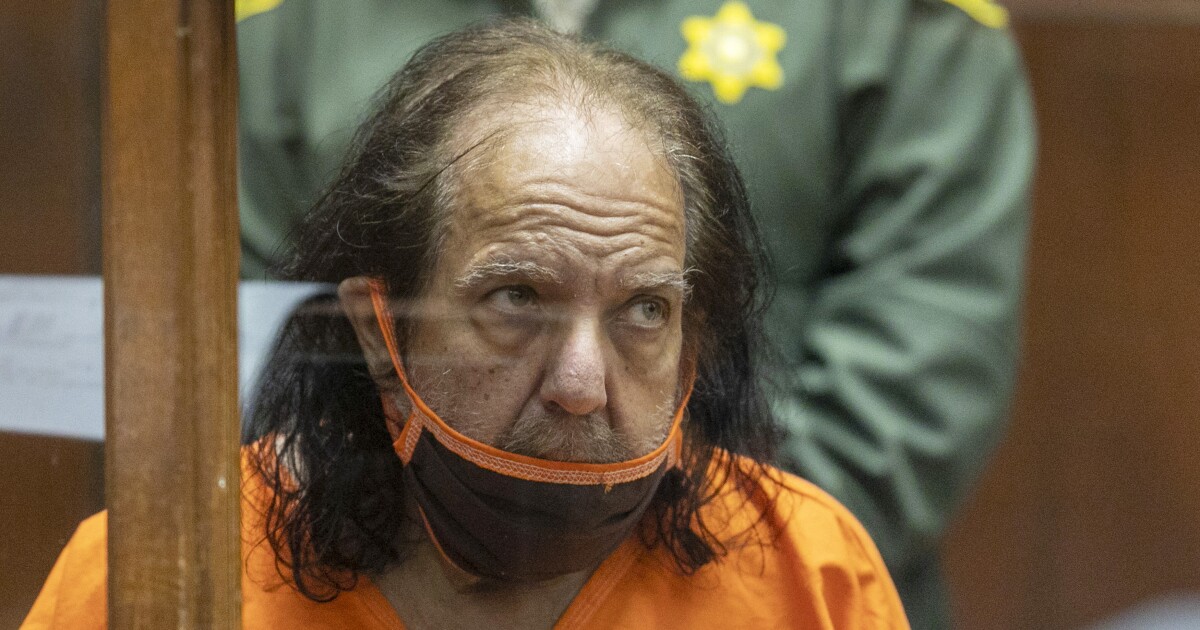 LOS ANGELES (CNS) – Criminal proceedings against adult film star Ron Jeremy, who faces charges of rape and other charges involving 21 alleged victims, were stayed Thursday after one of his attorneys questioned his mental capacity.

Los Angeles Superior Court Judge George G. Lomeli ordered 69-year-old Jeremy to undergo a pair of psychiatric exams, with a status hearing on April 19 to consider the results of those exams .

One of Jeremy’s lawyers, Stuart Goldfarb, told the judge he had visited his client in a cell in the courtroom before the brief hearing.

“He was unable to determine who I was,” Goldfarb said of his client, who was not in the courtroom.

A hearing had been set on the defense motion requesting “separate individual trials for each named plaintiff witness”. The prosecution filed court documents opposing the request, countering that the accused was “preying on victims who were vulnerable and unable to retaliate” and that the alleged crimes were “connected by a common plan”.

Prosecutors say the crimes involving alleged victims between the ages of 15 and 51 occurred over a 23-year period dating back to 1996.

He is also accused of having sexually assaulted a young woman in a strip club in the Cité de l’Industrie between 2002 and 2003, a 15-year-old girl in June 2004, a woman at his home in 2010 and a man. 38 years old. old woman in January 2013 at a West Hollywood bar he frequented, according to the district attorney’s office.

The indictment relates to 21 of these alleged victims. The other two alleged victims were unable to testify for personal reasons, according to Assistant District Attorney Paul Thompson.

Jeremy was arrested in June 2020 and has remained behind bars since then in lieu of $6.6 million bond, prison records show.