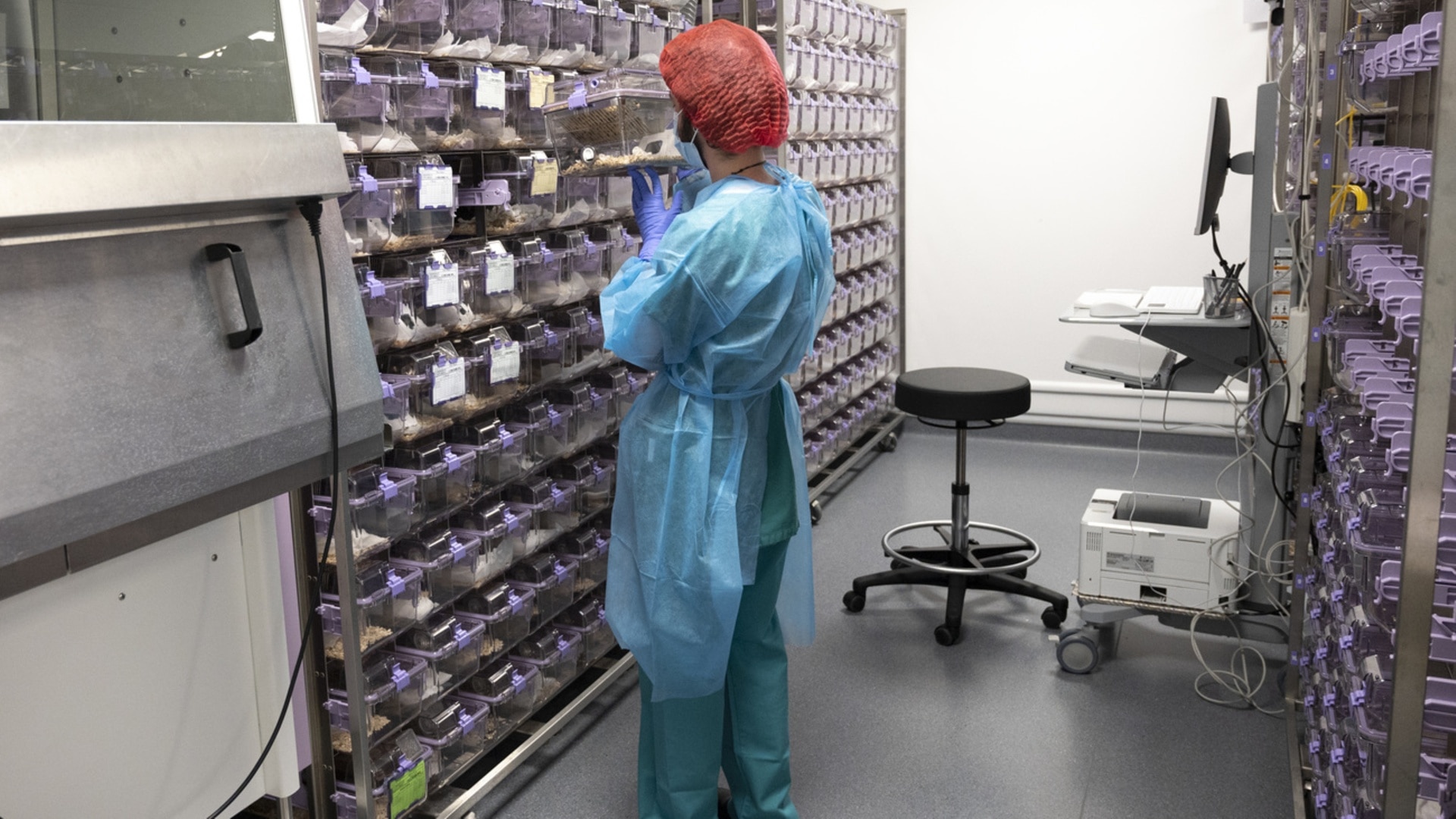 Voters clearly rejected a complete ban on experiments on living beings in Switzerland. This is the fourth time that the Swiss have had their say on this issue.

Born in London, Simon is a multimedia journalist who has worked for www.swissinfo.ch since 2006. He speaks French, German and Spanish and focuses on science, technology and innovation issues.

More from this author | English department

A first projection published by the GfS institute at 1 p.m. showed that 79% of voters said “no” on Sunday to the latest attempt to ban all experimentation on animals and humans, and to stop the import of everything new product developed using such tests.

Final results are expected in the next few hours.

The initiative started by a group of citizens from eastern Switzerland tried to stop the experiments because, according to them, animals also feel suffering and pain.

During the campaign, public support for the initiative was very limited and the initiative committee was unable to win the support of any major political party or organization. It was deemed too extreme by parliament, which feared it would hamper medical and scientific research in Switzerland. The Parliament considers that the current legislation, which only authorizes animal experiments if no alternative method is available, is sufficiently strict.

Other opponents included the umbrella organization for universities, swissuniversities, the National Research Council of the Swiss National Science Foundation and the Swiss Society for the Protection of Animals.

Some 556,000 animals were used for experimental purposes in Switzerland last year, according to the Federal Office for Food Safety and Veterinary Affairs. The vast majority were mice (346,000), birds (66,000) and rats (52,000). The total figure represents an 18% drop from 2015, when the downward trend began.

Proponents of the initiative wanted to prohibit any experimentation on living beings on Swiss soil, whether for training purposes or basic scientific research.

The initiative also wanted to ban experimentation on humans, but it did not specify whether it applied only to medicine and biology or also to psychology, sociology and sports science.

The text of the initiative argued that in addition to animal suffering, animal experiments often lead to dead ends and that there are proven alternatives and better ways to gain knowledge.

The group behind the initiative was supported by around 80 organizations and companies involved in animal welfare, environmental protection and alternative medicine.

In Switzerland, most animal experiments are carried out by companies and at universities. In 2020, more than 60% of these procedures were carried out in the context of fundamental research in biology, such as the testing of scientific hypotheses or the removal of cells and organs.

Federal animal welfare legislationExternal link, which came into force in 2008, is one of the strictest and most comprehensive in the world. Authorization is required for all laboratory experiments and for all animal confinement. Researchers must prove that the benefits to society outweigh the suffering inflicted.

To determine whether tests are really necessary, “degrees of severity” are predefined: from degree 0 which involves no constraint on animals (such as observational studies) to degree 3 which imposes severe constraints (such as the voluntary transplantation of malignant tumors). In 2020, approximately 1,400 additional animals were subjected to level 3 experiments (+7.8%).

Moreover, experimentation is only allowed if there is no alternative procedure to answer the research question. The use of animals in research is governed by the principle of the 3Rs: replace (find another way to experiment), reduce (limit the number of animals used) and refine (minimize animal suffering as much as possible).

The Swiss rejected three previous popular initiatives calling for a ban on animal testing in 1985, 1992 and 1993.

Fortune may favor the brave, but logic favors prudence