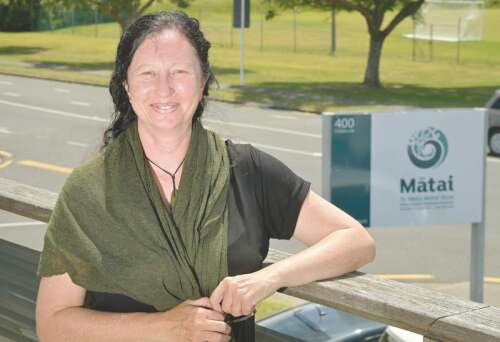 THE FIDGET FACTOR – The Gisborne Herald

After careers as an accountant and tax lawyer, and currently pursuing a doctorate in clinical psychology at the University of Auckland, Gisborne-born Gina Waters returns home after 20 years. She is part of a groundbreaking Attention Deficit Hyperactivity Disorder (ADHD) research team at the Mātai Medical Research Institute. Gina talks to Avneesh Vincent about her role in the study, her career development, and the need for advanced medical technology.

“This method of scanning images of blood flow in the brain, which makes it different from a standard MRI, and it is safe,” Gina said.

The scanning procedure takes one hour and 20 minutes, including a break, and participants must be under the scanner most of the time.

“We recognize the time participants spend on the test. That’s why our Mātai staff here did the test themselves to make sure it’s comfortable enough.

A projection of an LCD (liquid crystal display) screen behind the participants displays instructions on what the researchers are doing, but most scans involve people receiving a ‘relaxing treatment’ – landscape images paired with music soothing in the scanner.

This is a collaborative study between researchers from the Auckland Bioengineering Institute (ABI) and the Mātai Medical Research Institute in Gisborne. ABI Associate Professor Justin Fernandez is the project leader.

Three years ago, he hypothesized that the increased blood flow to the frontal lobe and increased neurotransmitter activity caused by restlessness might help people with ADHD focus.

The research proposes using fMRI scans to determine whether restlessness, often seen in people with ADHD, might enhance activation in the decision-making region of the brain.

Gina said that from a psychological perspective, her role was to administer a continuous performance task (CPT) – a 15-minute assessment – to determine if there was consistency between the fMRI imaging and the tests. CPT.

“When it’s consistent, I should be able to just pull an image from the scanner and confirm whether or not it’s ADHD and give them a score.”

Gina’s interest in the healthcare industry was her third career move.

“I was an accountant, because I loved doing calculations and I was passionate about it. I went on to be a tax lawyer and then got to a point where I wanted to work with people instead of sitting in front of spreadsheets.

She turned around and studied for a social work degree in psychology, completing her masters in Australia.

After her studies, she worked as a mental health social worker with the Martu and Nyiyaparli people in the desert of Western Australia and the Jawoyn people of Katherine in the Northern Territory.

“I went there as a specialist in substance abuse and suicide prevention, caring for people who were sick and in need of psychiatric help,” she said.

On occasion, Gina had to travel to remote communities up to 1200 km away and during this time she developed an interest in clinical mental health.

To deepen her interest in the health sector, she decided to undertake her PhD, this time in Aotearoa.

“I wanted to go home, because I have my whānau here in New Zealand. My eldest son studies at the University of Auckland. . . so I chose the same university as him.

As she completed her preparatory year for a clinical doctorate last year, she attended an anatomy lecture that gave her insight into brain function and its impact on human behavior, and saw her first fMRI of the human brain.

“From that moment on, I was fascinated by the anatomical relationship between the brain and behavior. I found it exciting to see such an image and that there are people who dedicate their careers to such study, which is pretty cool.

After attending a series of lectures on anatomy, she was convinced to pursue her new interest.

She approached Mātai’s research director, Dr Samantha Holdsworth, who put her in touch with Dr Fernandez and the ADHD project at Gisborne.

A fundamental aspect of the research is its multidisciplinary approach, with the ABI research team bringing a background in biomedical engineering, supported by Gina’s psychological perspective and technical expertise from the medical center.

“The role of psychology is to address the learning difficulties of those on the ADHD spectrum who have significant symptoms,” she said.

The research study will begin testing in adults and then follow up with children.

“If research like this at Mātai and Justin’s group can take place in remote rural communities like the East Coast, then advanced health technologies become normalized and more accessible.

She took on the challenge of normalizing the use of technology to reduce health inequities in the community.

“What excites me about research is the preventative potential of this technology and all the good that can be done if health problems are caught early.”

Gina plans to do her internship at Gisborne for the final year of her clinical doctorate.

“I have my whānau here in Gisborne – two nieces and a nephew, great-nephews and a great-niece, my aunts and uncle and my cousins. My whānau have maintained ahi kaa (kept the fire) for me all these years, so it feels good to come home.

COMPENSATORY STRATEGY: Gina Waters says restlessness is a good strategy to develop if you have ADHD. “My understanding is that the earlier you develop it, the better.” Photo by Liam Clayton

1 new book to help your mental game, according to a top teacher