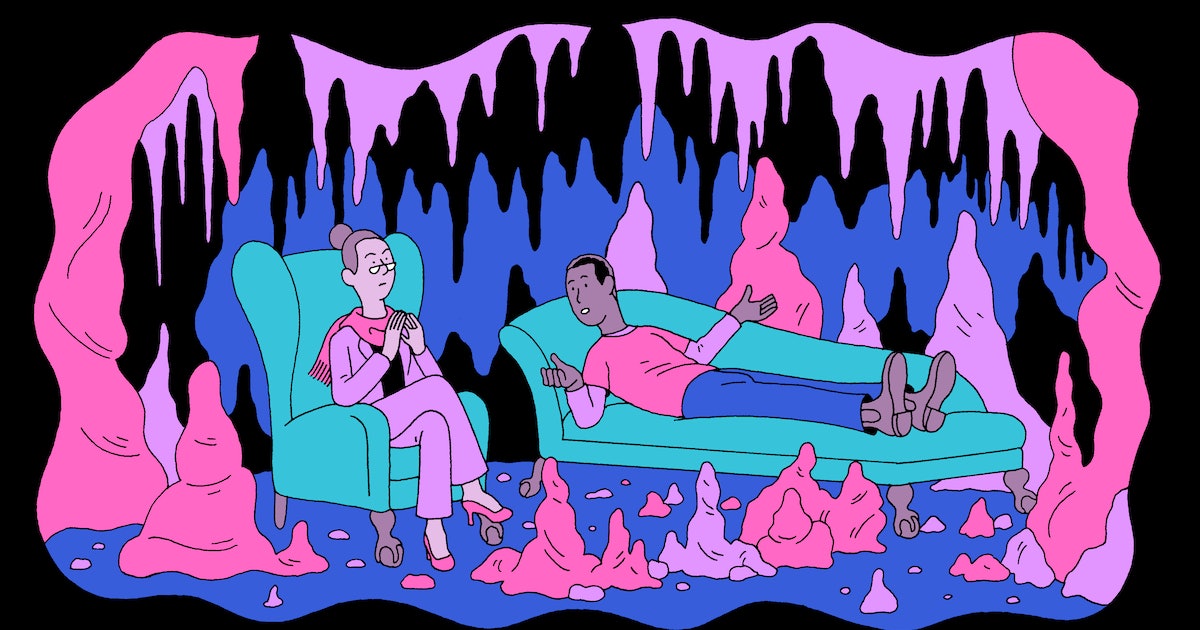 The FOMO is over. FOGO and FONO are our new social fears

Here, on the fifth day of the pandemic, some of us are a little worried. Thanks to the internet, however, there are cute names for all the new types of anxiety the pandemic has brought on. Judging by the number of memes they’ve inspired, FOGO (Fear of Going Out) and FONO (Fear of Normal), are pandemics in and of themselves. These acronyms may sound a bit playful to have clinical validity, but many psychologists believe this is exactly why they can be a useful way to understand our complex emotional states.

If, for example, you’re nervous about going out and being around large groups of people right now, you might have FOGO. And if FOGO is feeling really extreme, it’s possible you have Cave Syndrome, which looks decidedly less adorable. But maybe you aren’t really afraid to leave home, you just don’t want to have to go back to the office. So maybe you just have a little FONO? It sounds like the Cosmo quiz you never wanted to take.

“FOGO is the perception that there is something scary, even after learning that the danger is no longer there,” says Sarah Gundle, a New York psychologist in Manhattan. In other words, FOGO is when you’re afraid to go out even when it’s safe. Most of us have experienced some degree of fear of being in public during the pandemic. It’s easy enough to get anxious when you can literally die breathing the same air as an infected person. To be clear, psychologists find this natural sense of dread when you are in a risk situation to be different from FOGO. FOGO is a little stronger feeling, and a little more distracting and disruptive.

The point is, however, that even this heightened level of fear is pretty normal at this point, at least in the sense that so many people experience it, Gundle says. “The fear of going out is directly linked to the anxiety that the pandemic has cultivated in every person,” she says. We have lived in a state of heightened awareness for so long that most of us cannot actually “just let go” of our anxieties, even if they are out of proportion to the risks we actually face.

FOGO, however, is not a psychological term; It’s not in the DSM and you don’t need a prescription if you have one. No one knows exactly where the acronym comes from, but my money is on memes. The fact that FOGO is essentially a participatory diagnosis does not make it any less useful. All over the world, people have started to use it on the internet to describe an experience that many of us have had, and it caught on precisely because it resonated with so many of us. So the very pervasiveness of FOGO might make us feel less alone in our anxieties, Gundle says.

It has been going on for a minute, however. “FOGO was something people with social anxiety and agoraphobia treated long before the pandemic,” says Nikki Lacherza-Drew, a New Jersey-based psychotherapist. Now, as the world begins to open up, we see people who have never experienced it before.

Before the pandemic, if you were afraid to go out, it was a real pathology and you might need medicine to treat it. One could hypothesize that the pandemic has changed the culture around this fear. Calling your anxiety about leaving home ‘FOGO’ instead of ‘Agoraphobia’ sounds less shameful – even if you’re only talking to yourself – because instead of admitting that you have a stigmatized diagnosis, you are simply expressing the same anxieties that many others experience as well.

How did being afraid of the “normal” suddenly become the new normal?

These pop-cultural acronyms for mental health experiences can also be very helpful in expressing what we may need from other people. “[They are] a way of understanding people’s needs, but also the struggles that a lot of people have, ”says Lacherza-Drew. Having to explain why you hide even when other people aren’t can seem difficult, but because terms like FOGO are everywhere, they can serve as shorthand explanations when you don’t feel safe or comfortable. give people all the details about your state emotion, says Lacherza-Drew.

What about FONO? How did being afraid of the “normal” suddenly become the new normal? “We’ve been living in a very different world for the past 18 months,” says Lacherza-Drew, “Some people have gotten used to virtual working and learning and don’t want to go back to the way things were before COVID.” Particularly when it comes to work, it seems clear from the high quit rates that a lot of people don’t want to return to the office. Trying to explain the ins and outs of your particular financial and professional situation can seem complicated and even shameful. To describe it as FONO can be concise, it was to express that the pandemic has changed your priorities.

“Getting back to normal isn’t as easy as it looks when we’ve had to adapt quickly to changes and get into a new routine,” says Lacherza-Drew. Some people got sober during the pandemic and they don’t want to start partying again. Others have had deep identity awareness that they want to be recognized. Some folx have had a political awakening. And there are the people who just get used to waking up when they feel like it – they deserve a shout too. The great thing about FONO is that it can be used to describe all of these different situations, and the underlying feeling of not wanting to regress is something we can all relate to.

Most psychologists I’ve spoken to have said that while acronyms like FOGO and FONO aren’t “real” diagnoses, they can help you talk to therapists – and other humans you interact with – about your health. state of mind. “The best thing you can do to combat any of these issues is to recognize that you are not alone and talk to others about how you feel,” says Gundle. But it’s also important to recognize the danger signs when anxiety is severe and dangerous, Gundle says. If you experience any physical symptoms – like chest pain or heart palpitations – or if you really feel unable to leave the house or do normal things, skip the memes and see a doctor.