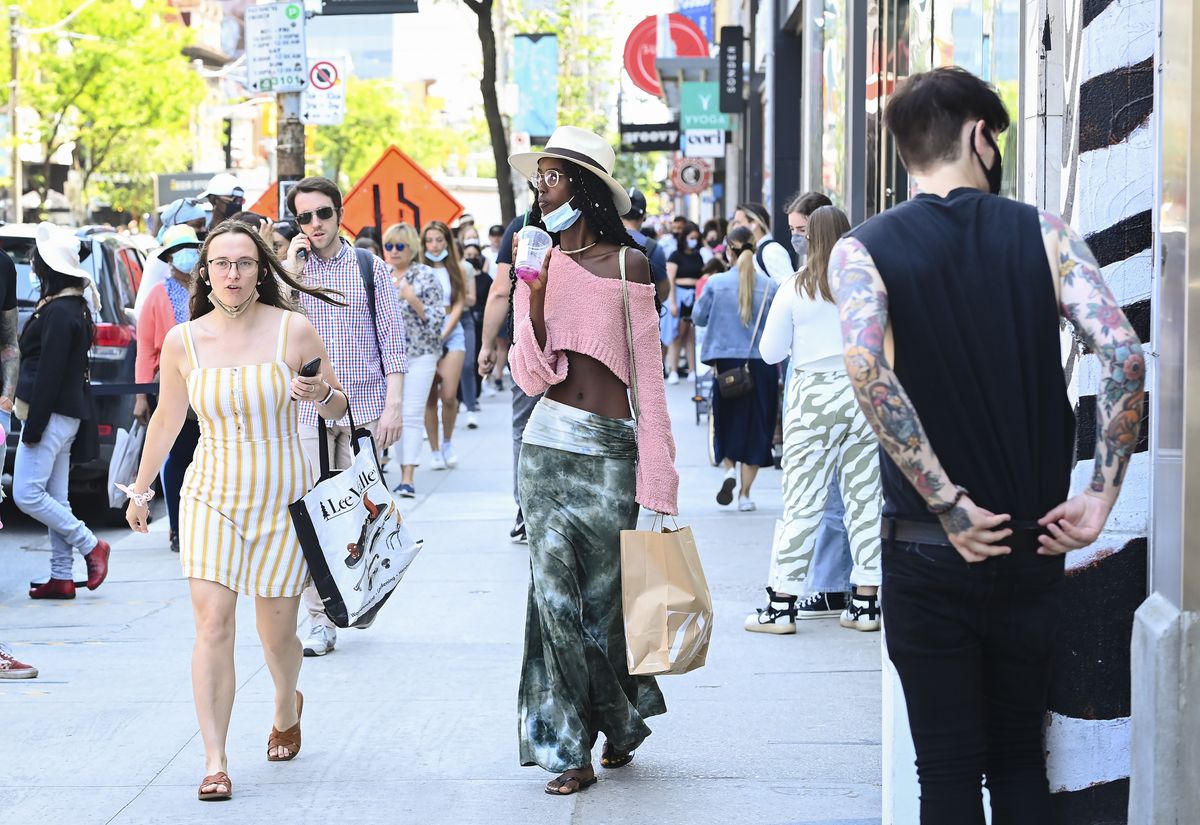 The Science of Envy in the Age of COVID-19

Look around you. At every turn, you will find others who have weathered this pandemic better than you. There are people who quit soul-sucking jobs to pursue their passions. People who learned the clarinet or learned to speak new languages ​​while in isolation. People who have renovated their homes or retired to vacation properties. People who have developed chiseled abs and granite glutes.

Do you feel happy for them? Or is it “How dare they?”

As some Canadians enter this third summer of COVID-19 happier, healthier and wealthier than ever, others grapple with the loss of loved ones, their health, their homes and their livelihoods. Inequalities that have escalated over the past two years have brought many people face to face with the green-eyed monster. Yet even though societal norms may compel us to hide our envy (after all, it’s one of the seven deadly sins), psychologists who study social emotions say so. is universal and adaptive.

Envy can be either helpful or harmful – both to oneself and to others, they say. But not everyone agrees on how and whether to master it.

In common parlance, envy and jealousy are often used interchangeably, but psychologists consider the two to be distinct. Jealousy typically involves relationships with a three-way dynamic, in which one person senses that another person they have feelings for has feelings for someone else, said Jessica Tracy, professor of psychology at the University of British Columbia.

There is evidence to suggest that humans have evolved to feel jealous because mate poaching, or someone attracting their sexual partner, is a threat to the reproductive success of both males and females, Dr. Tracy.

Envy, on the other hand, is when a person wants something that someone else has. Research suggests that there are two types: benign envy, which occurs when one admires another person and desires to achieve what that other person has, and malignant envy, when one dislikes not the others to have what they want and that we want to bring them back to them. their level, Dr. Tracy said.

“Instead of trying to see them as some kind of role model that you want to emulate, you say, ‘No, I’m going to bring them back to me,'” she said.

From the perspective of evolutionary psychology, envy is thought to help people meet their survival needs by focusing their attention on resources they lack, such as money, status or physical fitness, said Anna Behler, assistant professor of psychology at North Carolina State University.

The influence of society on individuals’ degree of craving is unclear, Dr. Behler said. But she thinks it helps make people envious because it shapes what’s important and valuable. For example, in some circles, winning an executive promotion may be the envy, while in others, achieving inner peace is what is envied.

It’s human nature for people to compare themselves to each other, which motivates them to compete, said Shadi Beshai, an associate professor of psychology at the University of Regina. But constant comparison can also have adverse consequences, especially for those particularly prone to it, Dr. Beshai said: “It can be quite exhausting, exhausting and taxing on emotional health.”

People who have malevolent envy or strong dispositional envy—that is, they have a greater ability to feel envy and a greater tendency to engage in social comparisons—also have tend to earn more levels of mental health symptoms, including depression and anxiety disorders, and higher perceived stress, he said, although the relationship between them is complex.

In a longitudinal study, Dr. Beshai found that participants with greater mental health issues reported greater cravings. But within six months, he said, “their feelings of envy kind of kicked in and started fueling their symptoms of depression and anxiety.”

It’s not clear exactly how this happens, but research shows that very envious people also have a lot of negative thoughts about themselves and the world – for example, that the world is unfair or that they’re not up to it. height, he said. All of these thoughts are pernicious when it comes to depression and anxiety.

Dr Beshai thinks the pandemic may have created a situation more conducive to envy, as, over the past two years, people have been forced to have less interaction with each other. Thus, they have less context about each other’s accomplishments and successes. You may not know, for example, that your coveted neighbor’s vegetable garden only blooms because he needed to tend after he lost his job. Or that an acquaintance’s picture-perfect Instagram family photos belie a home filled with agony and tears.

Additionally, during the pandemic, many have experienced more stress, more depression and anxiety, and difficulty sleeping — all things that negatively affect emotional regulation, which would otherwise help control cravings, he said. -he says.

Dr. Beshai discovered that it was possible to temper people’s cravings. Subjects who participated in a five-week program that focused on mindfulness and self-compassion reported lower dispositional urge than subjects who did not.

Meanwhile, Dr. Tracy said changing perspective can also help reduce cravings. Instead of focusing on how someone else coped during the pandemic, for example, you might think of ways you’re doing better than others.

Alternatively, she said, you could consider what you may have gained through hardship. For example, rather than dwelling on the difficulty of juggling parenthood and work during school closures, think about how it may have strengthened family bonds. “I think we get a lot of meaning from things that aren’t easy and so maybe there’s a way to revisit it and think about it that way.”

Jens Lange, assistant professor of psychology at the University of Hamburg, has a different view. He argues that envy is part of who we are and doesn’t need to be managed or suppressed.

Envy is a functional emotion, which is neither morally good nor bad on its own, Dr. Lange said. People often want to know how they can turn malicious envy into benign envy, mistaking one as better than the other, he said. Yet both are painful emotions.

Even if a mild craving motivates you to try to be better at something, you may not ultimately succeed, and your pain will then linger, he said. Also, the ways you are trying to improve your situation may not be desirable for others. Dr. Lange explained that benign envy is also linked to Machiavellianism, in which people employ back blows or other unsavory means to get what they want, even if others are in pain.

Meanwhile, malicious envy can be seen as negative, but it’s often felt towards people who have a dominant approach to gaining status, such as using their physical abilities to force others into submission, Dr. Lange said. . Thus, overthrowing such a leader at his level may, in fact, be beneficial to society.

Our Morning Update and Evening Update newsletters are compiled by Globe editors, giving you a concise summary of the day’s most important headlines. register today.

How the eyes express emotions and bodily states