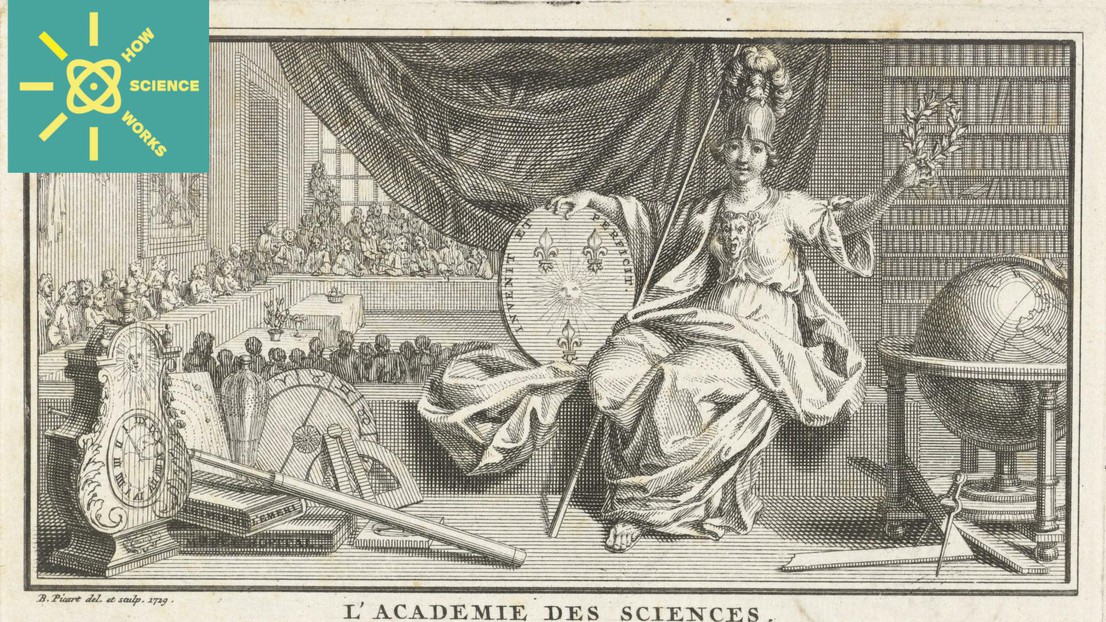 SUMMER SERIES: HOW SCIENCE WORKS – Looking back can help us better understand how science works today. JÃ©rÃ´me Baudry, professor at the College of Human Sciences at EPFL, explains how the procedures for proof and communication of scientific results have evolved over time.

We often hear about the â€œscientific methodâ€ as the ultimate guarantee of rigor in experimental research, but what is it exactly? Is there really a single method that applies to all areas of science? How did the different scientific communities agree on common definitions of evidence and knowledge in order to allow cumulative learning? JÃ©rÃ´me Baudry, Tenure Track Assistant Professor and Head of History of science and technology laboratory, tells us more.

As a historian, how do you understand the scientific method?

As a historian, the first thing I can say is that while it seems like the term “the scientific method” has been around forever, it’s actually quite a recent thing. In his 2020 book The Scientific Method: An Evolution of Thinking from Darwin to Dewey, American historian of science Henry M. Cowles explained how the phrase emerged in the early 20th century.e century. In fact, rather than being invented by scientists, it was a slogan used by people who wanted to defend the authority of science. The term “scientific method” first spread in the United States and was used by people working in the fields of popular science, education, and scientific management, also known as Taylorism. . People generally think of the scientific method as a strict list or sequence of rules and steps – such as observation, hypothesis, prediction, experiment, and confirmation – that you have to follow if you want to do this. of science “in the right way”. However, while this is not completely wrong, just looking at it as a list is a real disservice to scientific activity!

So how can we go beyond this simplistic vision?

Well, first we have to make sure that we all have the same understanding of what the “scientific method” is. There is a key distinction that I find useful here, and that is the distinction between the context of discovery and the context of justification, which was advanced by the German engineer and philosopher Hans Reichenbach in his 1938 book Experience and Prediction. . The discovery context describes how a scientist achieves a given result. It requires a number of cognitive processes or tools, such as observation, hypothesis, and experimentation, but it also encompasses interpretation, comparison, formalization, analogy, visualization, etc. Justification context, on the other hand, refers to how a scientist presents their discovery and communicates it to other scientists, as well as how, in the process of communication, others determine whether that result is valid. or not.

In terms of the discovery context, I don’t really think there is one single method or one-size-fits-all formula. Relevant scientific processes will vary depending on the discipline, the era, the group doing the work – it could be a single scientist or a global network of hundreds or even thousands of scientists – and even personalities. individual. Let us not forget that, in the context of discovery, scientific research is about exploring and creating. The context of the justification is another matter. When a new or updated result is found by a scientist or a team of scientists, how do you get the scientific community as a whole to recognize it as a discovery? This takes us into an area of â€‹â€‹sociology rather than psychology. There are certain values â€‹â€‹and norms shared by scientists in terms of communicating and confirming discoveries, and these values â€‹â€‹are crystallized in institutions such as journals, conferences, scientific societies, etc.

What do you think are the biggest turning points in the history of the scientific method?

A key moment in the development of the scientific method was the development of experimental science in the 17th and 18th centuries. Particularly when you examine it through the prism of the context of justification, experimental science has posed major problems in terms of the validity, reproducibility, and confidence level of scientific results. When a branch of science deals with demonstrative knowledge, like mathematics for example, to know if something is true, it is enough to read a mathematical proof – even if I realize that I made it simpler than that. ‘it is! The problem with experimental science is that the experiments have to take place in a certain place and under certain conditions, which means that perhaps only a handful of people would be able to follow them directly. They also often call on specialized equipment and techniques, as well as specific skills that are difficult to transmit, making their reproduction difficult. Faced with all this, we have to ask ourselves how to produce definitive facts and how to be sure that the results are credible?

What practices and institutions have scientists developed over the years to support experimental science?

There are a number of practices and institutions, but one example is â€œliterary technologyâ€ – to use the term coined by science historian Steven Shapin – which is about how experiences are written down. In order to ensure that experimental science was anchored in the 17th century, scientists came up with a whole new way of reporting on science, in order to create the illusion that the reader is directly participating in the experiment. The prolixity, the detailed descriptions, the use of images, and the removal of personal perspective – giving the impression that nature itself was speaking – became part of the scientific communication that emerged during this period. period. Another example is “social technology” which relates to the founding of scientific societies, such as the Royal Society, founded in London in 1660 and the Royal Academy of Sciences, founded in Paris in 1666. These institutions have created an environment where experimental science could be practiced and discussed publicly, moving it from secret private laboratories to an assembly of scientific peers, and creating a true scientific community.

Based on history, how do you imagine the development of scientific research in the future?

I am a historian, not a prophet! Yet it is interesting to note that many of the current controversies actually echo those of the past. For example, debates about integrity and scientific fraud, or arguments about the shortcomings of the peer review system have been around for a long time. Regarding these questions, I believe that digital technology offers us possibilities that have not yet been fully explored. From arXiv.org pre-publication platform, to the current open access movement, to trials with open peer review, there are a number of avenues available to make scientific research more efficient, transparent and accessible. Things have started to change, but we have to go faster and go further!

Who are we at the heart

Opinion: Untold Stories of the Strength and Resilience of Low-Income Students | New