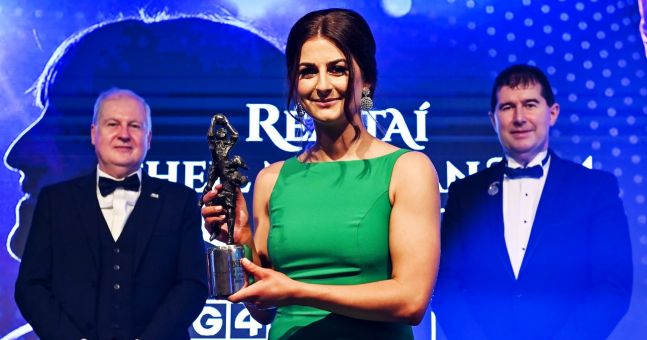 Anna Kiesenhofer captured the imagination of the sports world when she won an all-time gold medal at the Tokyo Olympics last summer.

It was a victory for the ages as the Austrian overcame obstacles to beat the mighty Dutch and earn her place in the history books, becoming her country’s first Olympic cycling gold in over a century. .

The mathematician who teaches at the Swiss Federal Institute of Technology in Lausanne was an amateur, but what made her journey to the top all the more spectacular were the pitfalls she encountered along the way.

In 2012, she finished last at the British University and Colleges Sport 10-mile TT. Four years later, she won the National Cup of Spain before a stage victory in the Tour de FÃ©minin International de l’ArdÃ¨che.

Her victories came while she was studying and despite signing for Lotto Soudal Ladies, she quit cycling soon after. His rise to the top began in 2019 when his amateur career resumed. She went to the Olympics looking to finish 25th in a flagship event she won.

And her story struck a chord with one of Meath Ladies’ footballers heading into this year’s TG4 All-Ireland Final, in one of coach Paul Garrigan’s many inspiring endeavors.

Meath spent a day bonding at the Johnstown Estate ahead of their final victory over Dublin. They were underdogs and Garrigan wanted to show them what was possible with the right frame of mind.

Emma Troy took heart from Kiesenhofer’s journey to her summit. Two weeks later, Troy and Meath climbed their own Everest.

â€œPaul sent photos to the WhatsApp group. He divided us into three groups that day and sent them out. He wrote a Word document with ten or 12 photos of different people or teams that had been overlooked, â€Troy said.

â€œHe brought us together, Niamh O’Sullivan was on fire, she knew almost all the pictures. The rest of us struggled a bit now but she was brilliant at it.

â€œThere were some like Leicester City and Naomi Osaka who were obvious. Then there were other people he mentioned. He just talked about the challenges they overcame, how they got overlooked, their chances, how they got over being an underdog and became the champions.

â€œWith Anna Kiesenhofer, it was more because she was part-time, she had no professional team or management to help her. She was working as a mathematician at the time.

â€œObviously, she has trained for many years, she has been cycling for a long time, but to start racing is a complete underdog. Paul said she was at the bottom of the list in terms of ratings. Just come out on top, no help from anyone, just sheer determination on her part.

“It was the fact that he had prepared us so well and there was so much discussion, all these different people and teams, what they had accomplished. I don’t remember the chances there was. between us and Dublin at the time, but they were the favorites to win.

“He had also noted some of the ratings of all these people, just showing us that it doesn’t really matter, the numbers don’t matter, it’s the work ethic at the end of it.

“It was nice to hear about so many other people and groups who are in the same situation as us and able to overcome it.”

And the Boardsmill-inspired defender scored 0-2 in the brilliant win over Dublin at Croke Park on September 5.

She has had her own difficult journey to the top, which included a two-year hiatus away from inter-county football. But Eamonn Murray worked his magic and put it back into action with the Royals in time for 2020.

The 26-year-old schoolteacher is now a veteran of the Meath team, and she will never forget those early training sessions after her initial departure in 2018.

â€œMy head wasn’t there, I just wasn’t enjoying it as much. It had been a difficult few years for Meath. So I decided to take a step forward, â€said Troy.

“But then I missed it, the intensity of county football, the level of it. The pressure of being in practice and being constantly challenged by your opponent.

â€œI had to do some testing, but while we were doing the testing we were doing it alongside some of the current team. I remember it was a 1.5 km test, the second test we had to do. To see how far I was from the group that was playing now. I just couldn’t believe how uplifted I had been. It was scary.

â€œI was playing at a club but luckily it wasn’t like I had gone crazy doing tons of extra workouts, I just followed the programs they gave us. I made sure to give my maximum in training and games.

â€œI was lucky enough to catch up. Girls are very nice to you when you come back to the panel. They are extremely supportive and will do anything to help you along the way, especially with isolated running and aerobic work, these are the most difficult challenges you will face.

Success has been on the cards for Meath since Troy returned to his brilliant backline and their Christmas is a little different this year.

Last weekend, Troy was one of eight Meath players to win a TG4 All-Star award because they also outscored him.

They are touring schools and clubs, as they have been asked to make appearances in media and social networks. You might even see them turn on the various Christmas lights around the county.

The team hope to go on vacation together before the end of the year, and it will be a well-deserved break after a few crazy months.

Troy knows how important her own club and family have been in her journey to get to where she is now.

She plays her club football with Boardsmill alongside her three sisters; Nicole (17), Rachel (21) and Amy (23). She has also been involved with Nicole’s team from under-14s to minors, while Emma is also the secretary of the Boardsmill club.

Her brother Alan (25) is more of a football fan, while his father, Brian, was eventually converted to a female football fan Meath, with the help of his mother, Mary.

“The All-Ireland was his first time, in all of my games since playing in the county since U-14 it was the first game he brought a Meath top and wore it,” said Troy.

â€œUntil that, he wore either a Boardsmill top or normal clothes. He normally refuses but for the final, Mam said you can’t continue.

“We took it, it was another win for us that day.”

WSUV innovates in the field of science

LCPS seeks the opinions of stakeholders on culture and climate