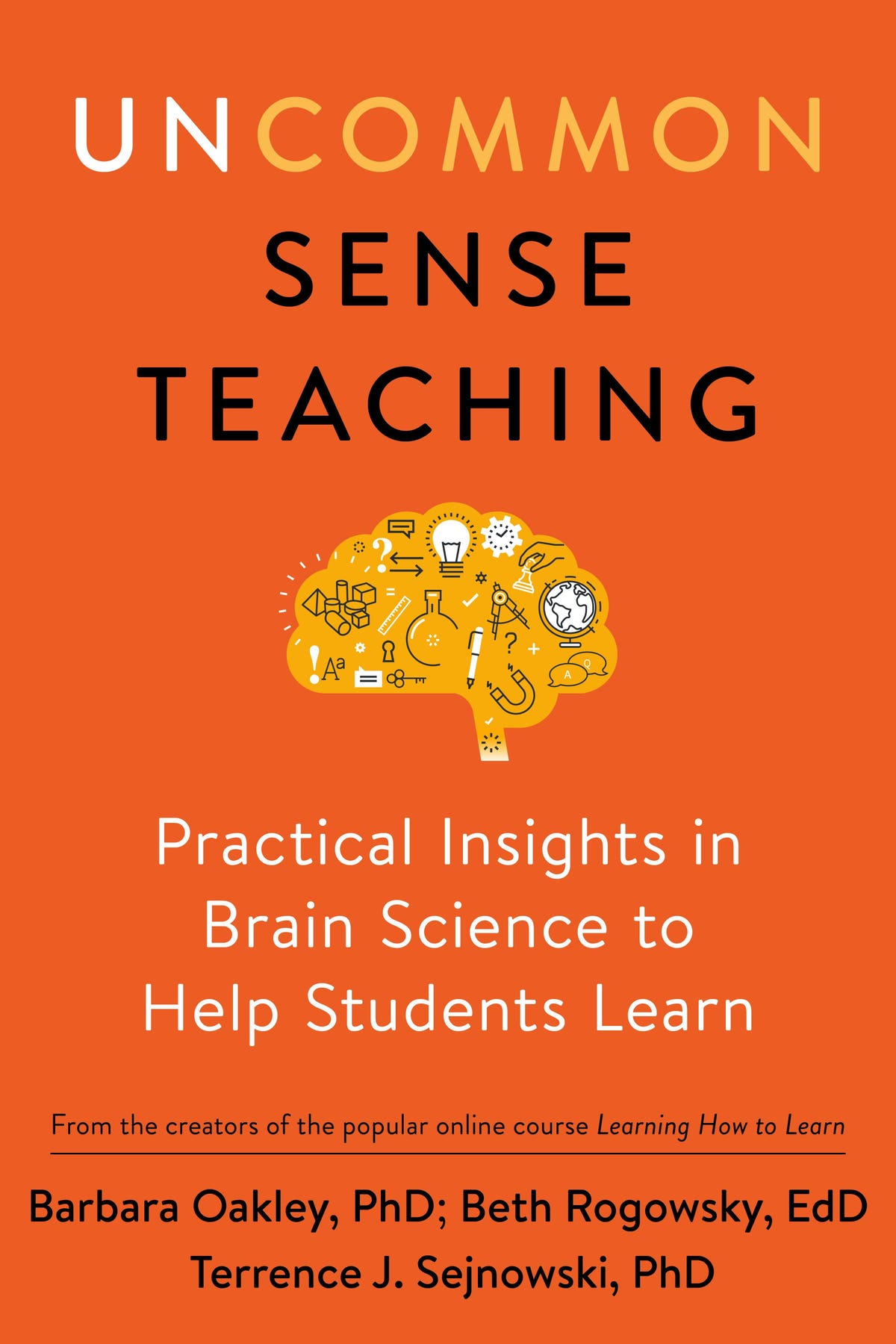 An exciting new book on brain science can help teachers make classroom practice more effective. In an ideal world, teachers would regularly obtain this kind of valuable information during their training.

For some time now, engineering professor Barbara Oakley and neuroscientist Terrence Sejnowski have jointly taught â€œLearn to learnWhich has been described as one of the world’s most popular open-ended online courses, or MOOCs. Almost three million people have registered, presumably hoping – as the course description promises – to “change their way of thinking and change their life”.

Today, Oakley and Sejnowski teamed up with former college teacher Beth Rogowsky, now an education professor, to produce a MOOC and one delivered specially designed for teachers. The MOOC, titled â€œUncommon Sense Teaching,â€ begins today, July 20, 2021. The book, of the same name, was released last month. Written in an accessible and down-to-earth style, it is packed with practical advice for translating neuroscience into powerful teaching techniques. (I approved the book before it was published and received a free copy from the publisher.)

The authors illustrate the limited capacity of working memory – the aspect of consciousness that absorbs and makes sense of new information – with cartoons of a four-armed octopus, happily juggling four balls, but appearing to be overwhelmed. when the number rises to seven. He compares brains that learn quickly to ‘race cars’ and those that move slower to ‘hikers’, noting that each learning mode has its strengths and that standard teaching approaches leave often hikers aside. It offers scenarios on topics such as helping students create graphic organizers (visual representations of the content they have learned) and working collaboratively in groups.

In recent years, there has been a small explosion of resources aimed at connecting teachers around the world with evidence from cognitive science, the science of learning. An international UK-based movement called researchED sponsors conferences that bring together scientists and educators and also offers free videos on topics such as â€œExplicit Instruction, Critical Thinking and Creativityâ€ and â€œThe Holy Grail of Spelling Educationâ€. A new website based in Portugal offers articles by leading cognitive scientists on tips for effective distance learning, whether ‘manipulatives’ help students learn, and other topics (click top of page for English version, unless you speak fluent Portuguese).

There has also been a surge of books on learning which, like these online resources, are primarily based on cognitive psychology, which focuses on the mind. Common sense teaching is geared towards neuroscience, which is concerned with the brain. These sister disciplines are essentially different paths to the same destination.

Both highlighted practices such as modulating the amount of new information students have to juggle (so as not to overwhelm that ‘octopus’ working memory), dividing complex tasks into chunks that students can handle, engaging in explicit teaching when students are unfamiliar with a topic and asking students to practice retrieving information from long-term memory. But psychology relies on experiments showing that people learn more effectively when they use these techniques, as measured by tests and other assessments. Neurosciences, on the other hand, offer patterns of neurons (which Common sense teaching provides) and colorful images of different parts of the brain lighting up (which it does not) to reveal underlying physiological processes.

Some cognitive psychologists, and even some neuroscientists–argued that neuroscience provides teachers with more information than they need, thus wasting their limited time. The authors of Common sense teaching suggest that compared to neuroscience, psychology may not provide so much “direct insight into the foundations of learning and education”.

I suspect that each path may resonate differently depending on the individual. If, like me, you have trouble remembering the difference between the hippocampus and the neocortex, you might find the psychological evidence easier to grasp. Others find the science of the brain more compelling. If you fall into the latter category, Common sense teaching may be the book for you.

Either way, however, teachers are unlikely to be aware of any of this evidence – or the practices they support – of their initial training or on-the-job professional development. In fact, they are often asked to do things that directly contradict what science supports. Teachers in schools of education generally advocate, for example, that teachers should be wary of explicit teaching, rely heavily on projects and hands-on learning, and avoid questioning students about the factual information they want. have absorbed. The ‘professional development’ that teachers obtain once they are in place is seldom different, and has mostly been a huge waste time and money. The result is that teachers’ jobs are often more difficult than they should be, and successful students are the ones who would likely learn no matter what.

The reasons for the disjunction between cognitive science and education are deeply rooted and complex, but there is evidence that things are starting to change. A promising development: an organization of heads of educational establishments called Deans for Impact Brings principles of cognitive science in at least some parts of the teacher preparation curriculum. To date, ten institutions are participating. When you consider that there are approximately 1,500 teacher preparation providers in the United States, encompassing approximately 25,000 separate programs, it is clear that there is still a long way to go. But it is a start.

In the short term, books like Common sense teaching can provide valuable information and ideas to educators who have the time and interest to read them – and those who prefer a more interactive experience can enroll in the MOOC.

Howling Village: the creator of the Ju-On saga returns with his most terrifying film