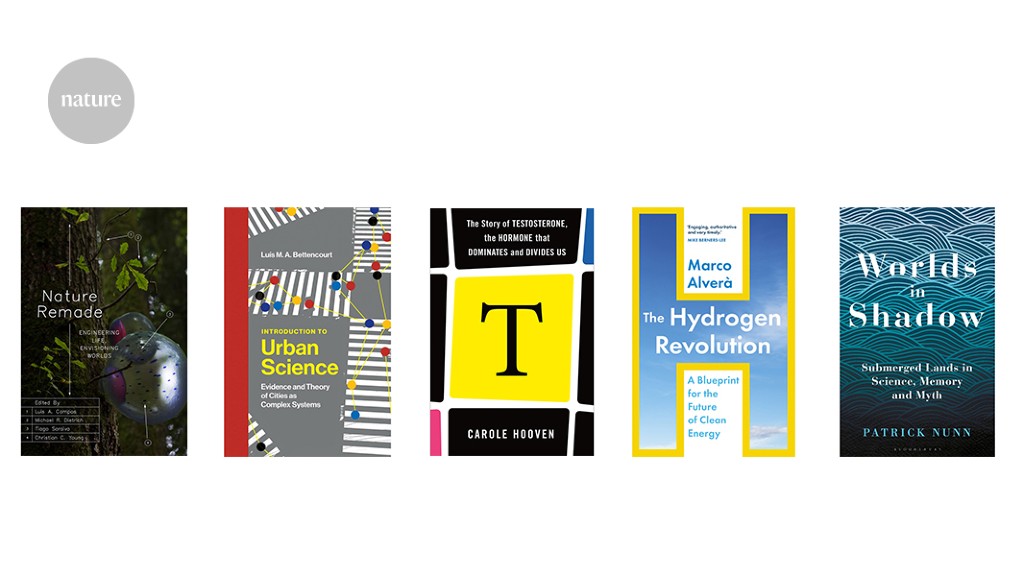 Transformative Hydrogen and Struggle with Testosterone: Books in Brief

Worlds in the shadows

It is often said that sea level rise is unprecedented and requires new solutions, implying that the past has nothing to teach us. This is wrong, argues ocean geoscientist Patrick Nunn, who is part of the Intergovernmental Panel on Climate Change. Its realistic but hopeful story of submerged lands through millennia and around the world mixes “science, memory and myth” – including the legend of Atlantis – to show how our ancestors learned to live in environments coastal challenges and to manage adversity in many forms and places.

â€œWe are at the dawn of a hydrogen revolution,â€ writes Marco AlverÃ , director of Europe’s largest gas infrastructure company. In 1874, science fiction writer Jules Verne predicted that water would become fuel, by electrolysis into hydrogen and oxygen. In the 1890s, a Danish windmill with a dynamo was used to store hydrogen as fuel for lighting. Since the 1930s, fuel cells have reversed electrolysis to produce electricity and water from hydrogen. Now they are almost competitive with fossil fuels, says AlverÃ  in his urgent call to action.

Testosterone has been controversial since its name in 1935. Men typically produce 10-20 times more than women, but how does it affect society? Biologist Carole Hooven’s fascination began in Africa, after seeing a male chimpanzee savagely beat a female next to her offspring with a stick, for no apparent reason. Her living study investigates whether sex hormones create pronounced mental differences. She concludes, â€œIn several important ways, testosterone rules out gender psychology and behavior. “

Two aerial photographs precede this detailed statistical study. In one photo, Tokyo was nearly wiped out by the bombings of the 1940s; in the other, it is being rebuilt as the largest city in the world, with nearly 40 million inhabitants. These illustrate, according to Luis Bettencourt, physicist turned urban ecologist, that â€œknowledge, human cooperation and collective actionâ€ can build a better urban future. His modeling brand treats cities as complex adaptive systems, to make useful and falsifiable predictions about crime, economic production, migration and more.

Engineering applied to biology arouses fascination and apprehension. This collection of essays explores this tension at scales ranging from molecules to people, across the planet, across eras and cultures. The editors – three historians and a biologist – aim to show that any effort to recast nature “inevitably occurs in a particular social and political environment”. Original examples include the cultivation of orange in the Palestinian identity and African-American scholars who have explored “black eugenics”.

The author declares no competing interests.