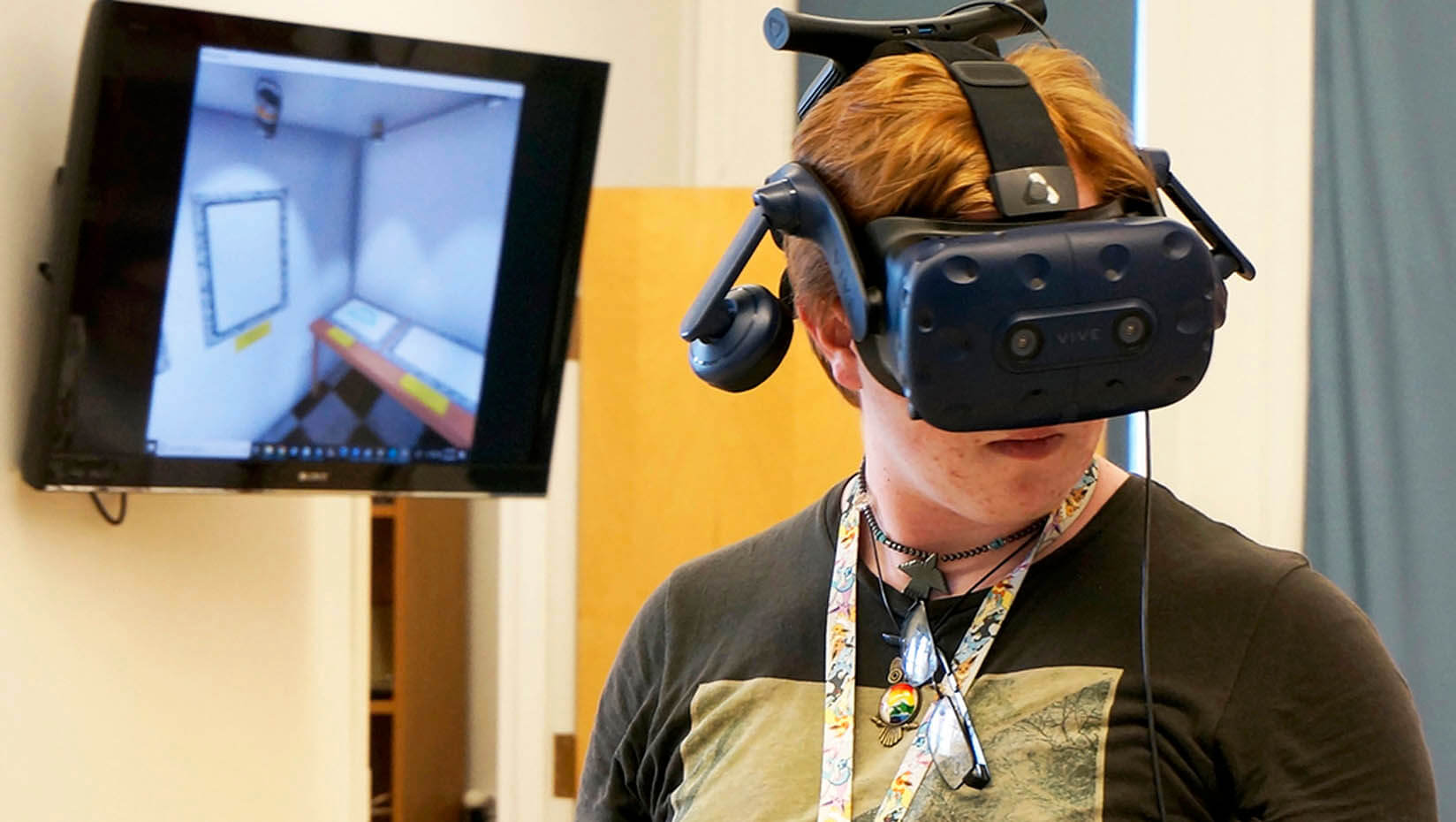 A pilot study by researchers at the University of Maine could lead to improved services for students with autism.

The study investigated the use of a social skills program for students with autism spectrum disorder (ASD) transitioning from high school to college. Although results were limited, the project included a partnership with the Division of Vocational Rehabilitation (DVR) of the Maine Department of Labor that can serve as a model for how state vocational rehabilitation agencies and institutions higher education institutions can work together to support students on the autism spectrum. .

The partnership and pilot study are detailed in a new journal article authored by University of Maine special education faculty members Sarah Howorth, Deborah Rooks-Ellis, and Joshua Taylor, along with Alan Cobo-Lewis, associate professor of psychology and director of the Community Inclusion Center at UMaine. and Disability Studies (CCIDS), and Christine Moody of the Tarjan Center at the University of California, Los Angeles (UCLA) and the UCLA PEERS Clinic.

According to Centers for Disaster Control and Prevention, approximately one in 44 children in the United States has been diagnosed with ASD, a developmental disability that affects behavior, communication, interaction, and learning. About 49,000 students with ASD graduate from high school in the United States each year, and about 16,000 of them go on to college.

“Currently, traditional accommodations offered by post-secondary institutions (for example, extended time for tests and note-takers) do not adequately meet the needs of college students on the spectrum,” the researchers note.

For example, few supports are offered for the social communication challenges faced by students with autism.

PEERS (Program for the Education and Enrichment of Relational Skills) is a social skills treatment for children and young adults with ASD developed by Elizabeth Laugeson at the UCLA Semel Institute for Neuroscience and Human Behavior. It includes training and practice sessions on communication and interpersonal skills, such as how to start, maintain and end conversations. Research has shown it to be an effective intervention for people on the spectrum, or suffering from attention deficit/hyperactivity disorder, anxiety, depression and other social health issues. -emotional.

Previous research on PEERS has focused on its use in school or clinical psychiatric settings. The UMaine study is the first time the program has been implemented by a public vocational rehabilitation agency as pre-college or pre-employment transition support.

The collaboration between UMaine researchers and the State began in 2019, with the Go to college program. The DVR-led, five-week summer program is designed to help high school juniors and seniors who want to attend college gain the skills and experience associated with post-secondary success. In 2019, Howorth and Rooks-Ellis conducted an abbreviated and adapted version of PEERS for Step Up participants. The sessions focused on conversational skills, specifically starting conversations, entering group conversations, and leaving group conversations.

“These skills were chosen because they underlie a variety of social interactions and relationships,” the researchers write.

The pilot study indicated that participants’ conversational skills improved as a result of the PEERS seminars. But due to the small number of students in the Step Up 2019 program and the abbreviated and adapted nature of the PEERS sessions, a functional relationship has not been established demonstrating the effect of the treatment. The authors say further study is needed.

The biggest implication of the pilot study was the partnership between UMaine and DVR.

“This study, and its investigation of the PEERS program as an educational transition service, adds new insights into how PEERS can be used,” the research team states. “Indeed, previous research has noted that students with ASD indicated that they needed more specific academic support and interpersonal skills training.”

In 2020, the Step Up program, including PEERS courses, moved to a virtual format due to the COVID-19 pandemic. Howorth collaborated with Maine DVR Director Libby Stone-Sterling and UMaine CCIDS staff to create an online friendship boot camp as part of the 2020 and 2021 Step Up programs. Howorth and Stone- Sterling recently presented a research project looking at the delivery of the PEERS program through telehealth at the Council for Exceptional Children’s Career Development and Transition Division conference in Myrtle Beach, South Carolina.

“The pilot study helped inform the telehealth PEERS groups we provided when the Step Up program went virtual due to the pandemic,” says Howorth. “It was seen as a critical component of academic success for people with autism.”

“Research has also shown everyone involved in pre-employment training, college support services and Step Up that there is a critical need to meet the social communication needs of these students, as the challenges in these areas are a defining feature of autism spectrum disorder,” she adds. .

The researchers hope to continue their investigation of in-person PEERS classes as part of the 2022 Step Up Summer Program to be held on the UMaine campus.

The pilot study has been published in the journal Career Development and Transition for Exceptional Individuals and is available on line. It was funded by the Maine DVR through grants from the U.S. Department of Education and the Maine Developmental Disabilities Council, with additional funding from UMaine through U.S. Administration Community Living Grants.