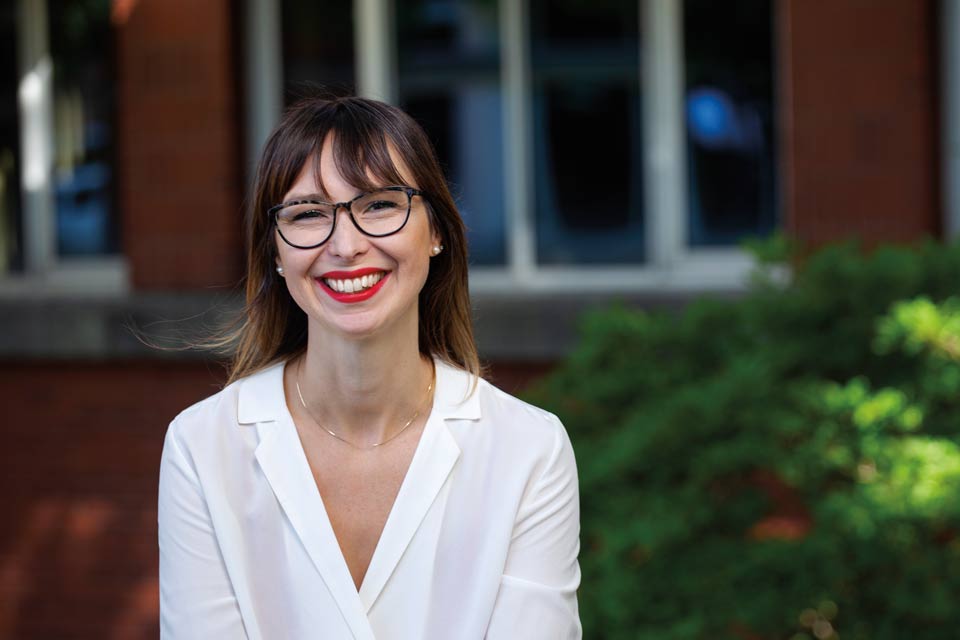 From spring flowers to the aroma of a summer campfire to the scent of fall leaves, our sense of smell plays a vital role in our lives. A decrease in smell can affect not only daily safety, but also diet and nutrition, physical well-being, and relationships. Research shows that we bond with our partners and our children through smell. We also stay safe by using our sense of smell to detect food residue, smoke or gas.

Jamie Knight, a doctoral student in psychology at UVic, is fascinated by the connection between smell and brain health. She suggests that smell has been underused by the medical community for over 30 years. The link between loss of smell and cognitive decline was first reported in the mid-1980s by Dr. Richard Doty, a researcher at the University of Pennsylvania. Interest in scent research only recently returned to the fore when medical professionals reported loss of smell as a symptom of COVID-19.

“Since COVID, more and more research funders have come forward and now more people are interested in research into how smell and brain work,” Knight said.

A change in our sense of smell can be an early marker of cognitive decline. Sometimes 10 to 15 years before other symptoms appear.

As our population ages, rates of dementia, Alzheimer’s disease and Parkinson’s continue to rise in Canada. Medical research is focused on cures, but inexpensive tests such as screening for loss of smell could potentially improve health outcomes if tests are done early.

Since the olfactory pathway maps the same area affected by Alzheimer’s disease, Knight is excited to use functional magnetic resonance imaging (fMRI) on the brain to learn more about the link between l smell and neurological diseases.

“The FMRI studies allow researchers to further explore the links between smell and cognitive functioning and brain degeneration,” says Knight.

FMRI measures brain activity while a person performs a task, such as a smell test. The ability to identify a scent is the cognitive side of the equation. Knight hypothesizes that if we can’t match the name of the smell to the smell, it could be a sign of impaired cognition.

The good news is that training our olfactory system improves our sense of smell, but more research is needed to determine if this also improves cognition.

“There are big implications for dementia if we can show that cognition improves as our sense of smell improves,” says Knight, whose work is funded by AGE-WELL NCE Inc. and the Canadian Institutes of Health Research.

For most people, the sense of smell can be overlooked and not explored, unless you are a chef or a sommelier; However, most of us would like to know if we are headed for dementia.

Right now our health care system does not promote smell tests, but all it takes is a simple test that would not even require the intervention of a doctor. According to Knight, people in their mid-forties should be encouraged to start testing early.

“My dream is to have places, much like we do with hearing clinics, for people to test their sense of smell every two years,” says Knight.

Find out more on olfactif.org

Neon Trees is celebrating December 10 December 10 with a new EP and versions of the title track “Everybody Talks” from the single Platinum 5x, which includes a new recording of the hit # 1