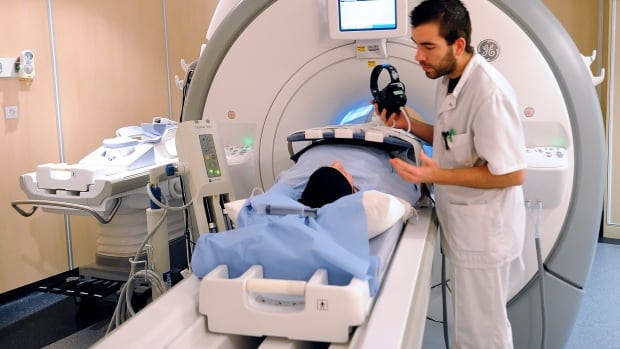 As provincial and territorial health ministers met with their federal counterpart in Vancouver on Monday, a British Columbia radiologist said wait times for medical imaging for cancer screening had increased due to a staff shortage.

Paula Gordon, a clinical professor in the department of radiology at the University of British Columbia who specializes in breast imaging, said wait times for tests to diagnose or rule out cancer were not good before the COVID-19 pandemic and have gradually worsened.

She said women who needed a needle biopsy to check for cancer cells could get one within two days of an ultrasound.

“These expectations are now up to over three months,” Gordon said.

Wait times for medical imaging, she says, can have a significant impact on a patient’s outcome.

Some cancers grow quickly, while others grow more slowly. Breast cancer, she says, usually falls somewhere in the middle.

“But for women who have fast-growing cancer, if they find a lump in their breast, the time it takes to do all the tests, including the needle biopsy, may be such that the cancer develops while it waits and can even spread to lymph nodes and other parts of the body.”

“Something is seriously wrong”

Vancouver’s Heather Johnstone says she first noticed numbness in her feet in 2020, before the COVID-19 pandemic began. X-rays found nothing, so she was referred for an MRI, which lasted a year. A second MRI was ordered, and it took six months. He found a large tumor compressing more than half of his spinal cord. She was able to have surgery in April and she continues to recover.

Prior to the discovery of the tumor, Johnstone faced physical discomfort as numbness rose from his feet to his legs. She also dealt with the psychological stress that comes with uncertainty. At different times, she says she thought she might have had Lyme disease or amyotrophic lateral sclerosis (ALS).

“[I’m] thinking something is seriously wrong, and I don’t know what it is.”

Staffing issues in British Columbia and across Canada

The BC Radiological Society says it wrote a letter to British Columbia Minister of Health Adrian Dix in September expressing concern about patients waiting for medical imaging, citing a “critical shortage” of technologists and the need to replace aging equipment.

The company says data from the Canadian Institute for Health Information revealed that in 2020, British Columbia had the lowest number of medical radiation technologists per capita in Canada, and the province needs more. 1,300 additional technologists to reach the national average.

There is also a shortage of sonographers for ultrasound imaging.

He calls on the province to do more to recruit and retain experienced technologists and sonographers and train new ones.

The problem is not isolated to British Columbia

The Canadian Association of Radiologists has asked the federal government for $1 billion in funding over three years for new medical imaging equipment and the development of a plan to hire more medical radiation technologists and sonographers.

Earlier this year, the head of the BC Cancer Agency cited staffing issues as one of the main reasons cancer patients in BC are waiting longer than they should for treatment.

Why spending more time with your partner isn’t enough, according to a psychologist