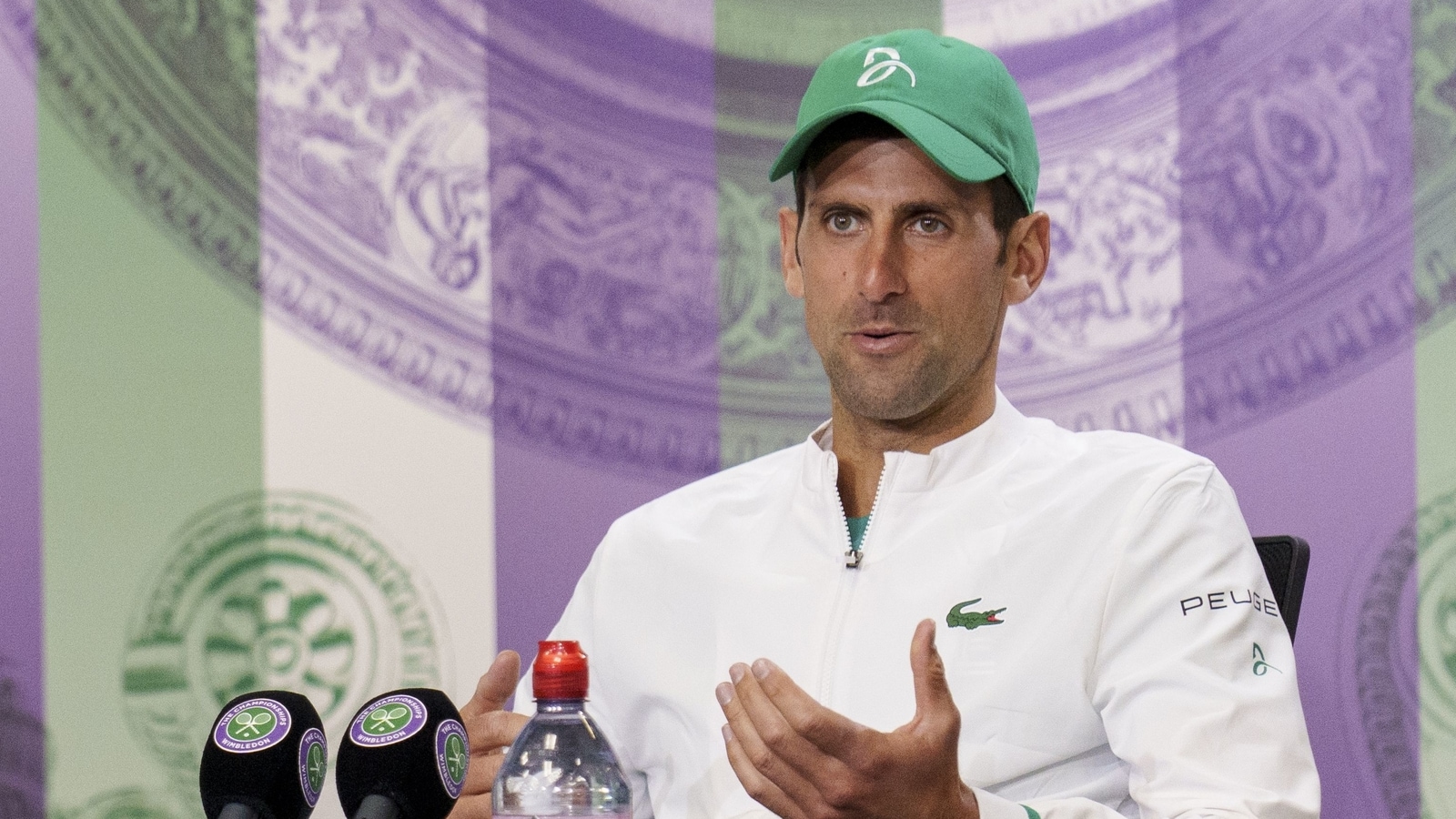 Novak Djokovic, besides being known as a great modern-day player and one of the best players to ever groom the tennis court, is also known for his great sense of humor. In his early days, he left the crowd divided with precise imitations of his colleagues. Late, especially during the current Wimbledon Championships, he kept everyone entertained in his post-match interviews.

In his post-match on-field interview with presenter Rishi Persad, after beating Canada’s Denis Shapovalov in the semifinals, the seed was in a jovial mood. During this tournament, Persad briefed Djokovic on the stats and Friday was no exception. Except this time, it was Djokovic who asked “what do we have today”.

In response, the Wimbledon presenter revealed: “On the menu today we have a 30th Grand Slam final and a seventh here at Wimbledon. These are remarkable compared to everyone. What- what does that make you feel? “

The tall Serbian answered the question with a hilarious statement, saying: “To hear that from you is good Like I said you know after the last two games I feel like you should travel with me as a mentor or a psychologist. You have encouraged me with these statistics, I love to hear them. “

He then gave his full answer in all seriousness.

â€œYou know especially at this point in my career, the Grand Slams are really everything, I mean, these are the four events that matter most in our sport and I have been very privileged to make the history of the sport that I really loves and fills my heart. Whenever I hear that there is something at play that is historic obviously it inspires me, it motivates me but at the same time I have to balance it out in trying to be present and in the moment and only win the next game.

Djokovic will face Italy’s Matteo Berrettini, who will play his first-ever Grand Slam final, in the summit clash on Sunday.

Did a cuttlefish write that?

The new revolution in the influencer industry